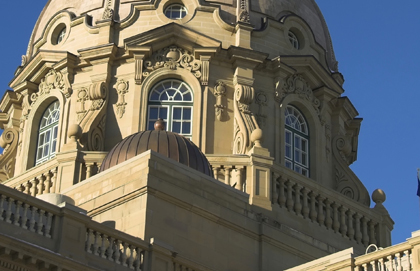 Paul Krugman, Nobel laureate in economics, spends much of his time flogging Republicans in his New York Times column. Needless to say, Donald Trump has him in a lather. Krugman is particularly exasperated that the press doesn’t point out the Trump lies even more than the Clintons do. It’s been a long time since Democratic senator Bob Kerrey told the American people that Bill Clinton is “an usually good liar.” Well, not that unusual actually. The wife does not play second fiddle to the husband. Hillary is just as accomplished, but with less rascally charm. So it’s come to this: The Clintons have been lying for so long that Trump’s prevarications are now the novelty. It is likely that, come November, many Americans are going to be lying about whether they voted at all. A fitting tribute to the candidates.

Facing the most dismal presidential contest in memory, the University of Notre Dame gave its highest honour out jointly this year to Vice President Joe Biden and former Speaker of the House John Boehner. It was to recognize civility across the partisan divide, Notre Dame said, not a political endorsement. Fair enough. Everyone can agree that we ought not demonize our opponents, right? Almost everyone. Just days before picking up his prize, Boehner lambasted Texas senator and presidential candidate Ted Cruz as “Lucifer in the flesh.” Is it demonization if you sincerely believe someone to be the devil?

Summer time means travel for many, and we take for granted the advances that have made travel so much easier – cup holders and video screens for long road trips, luggage with wheels and well, video screens for air travel. What’s next? The clever folks at Lufthansa sell their own luggage, which they advertise as “the right piece of luggage for any requirement.” They take that “any” seriously, offering the “Bag to Life Jumbo Laptop Bag.” It’s an oversize laptop bag that converts to a life jacket for those “emergency water landings,” which is the proper term for crashing into the ocean. It’s not clear whether the device allows you to take your laptop with you, keeping it waterproof upon splashdown.

It’s been a summer of terror, from Orlando to Nice. Actually, terror attacks are now an all-season affair, and in Iraq and Syria, weekly occurrences. Sadiq Khan, elected London’s first Muslim mayor this year, wrote, “As mayor, I will be the British Muslim who finally roots out extremism and radicalization from British society. I will support mainstream Muslims to challenge extremists and work with the Internet providers to ban extremist websites.” What’s that? Is London’s mayor saying there is a link between Islam and Islamist terror? Has he called the White House with that news? It’s a promising step, for Islamic radicalism will only be defeated by those who suffer first and most from it, the jihadists’ fellow Muslims.

Late on Bastille Day, French President François Hollande – actually four o’clock the next morning – followed a grim new routine, the address to the nation after a terror massacre, this time in Nice. A recent presidential scandal might have prompted French viewers to wonder if Monsieur le President was properly styled for the occasion. It was revealed recently that the president keeps a hairdresser on call 24/7, for which French taxpayers pay nearly 10,000 euros a month. The Élysée Palace confirmed the news reports, explaining that the hairdresser works at the crack of dawn, as “he redoes the president’s hair every morning and as much as needed, for each public statement.” On the list of the things France needs, it would be hard to think of anything less important than an on-call presidential coiffeur. And the presidential hairdo is the least important of many things that need redoing in France in the age of terror.

Paul Martin was looking good, to be sure. His official portrait was hung in Parliament, and the CBC’s Neil Macdonald was effusive in his praise for Martin’s long-desired but briefly executed premiership. “He certainly didn’t need the job, or the migraines that come with it. He was one of those politicians whose ambition was fuelled by noblesse oblige, rather than naked self-interest.” There was plenty of ambition, and the oblige was certainly inherited. For an astonishing 55 years, from 1948 to 2003, every time the Liberal Party leadership was open, it was contested either by Paul Martin, Sr., or Paul Martin, Jr., with the sole exception of 1984. For more than a half century, the Martin family chased the premiership. Justin Trudeau will be prime minister on the 50th anniversary of his father’s first election victory. It’s part of our history, the Family Compact and le Château Clique. A return to tradition just in time for Canada’s sesquicentennial. 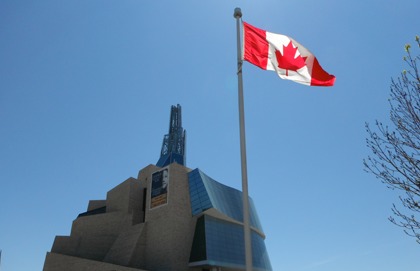 Small Talk
Beauty, Celebrity, and Sainthood
An Airport By Any Other Name

The summer was not sleepy in my home province, where Jason Kenney shook up Canadian politics with his announcement last month that he would seek the leadership of the Alberta Progressive Conservative Party, with the goal of a merger with the Wildrose Party. Kenney’s lineage is rather more crowd-pleasing than the Martins or the Trudeaus – his grandfather was Mart Kenney, bandleader of one of the great dance bands of the 1930s and '40s, Mart Kenney and His Western Gentlemen. Those who swung and swayed to Mart’s band are rather thin on the ground now, but no doubt Kenney’s grandson hopes they will dance to his tune.

Religion is not being driven entirely from our common life.

Why did Jason Kenney opt for Alberta politics? Not a few commentators argued that it was out of the question for Kenney to succeed Stephen Harper, as back-to-back conservative white males from Calgary would not be well-received by the voters. As my National Post colleague Kelly McParland put it: “Why choose another right-wing guy from Alberta when you’ve just had your butt kicked because Canadians grew tired of the last Alberta right winger?” Perhaps, but consider that from 1968 to 2006, Canada was ruled by four prime ministers from Montreal. The Liberals, who know a thing or two about winning elections in Canada, take a different approach to diversity. Pierre Trudeau, a white male from Montreal, was succeeded by John Turner, a white male from Toronto. Then came Jean Chrétien (Montreal), Paul Martin (Montreal), Stéphane Dion (Montreal), Michael Ignatieff (London, by way of Harvard), and now Justin Trudeau (Montreal). Why do the Liberals elect leaders from Montreal? Because it’s 2016? Or because Canadians evidently prefer it?

The initial coverage of Kenney’s announcement reflected something of the weakness of contemporary political reportage. There are no end of commentators, but there are fewer reporters, stretched ever thinner. Consequently, their work is sloppy and superficial. Take for example Jeremy Simes of Metro Calgary, who wrote that Ottawa heavyweights may not help Kenney with their endorsements. He quoted from two experts – one a professor, the other a political operator – who expressed a dim view of Kenney’s project. Online, the article had to be updated – corrected was the old-school term – to reflect that the professor was a former Alberta NDP candidate and the operator was the former chief of staff for premier Alison Redford, who was hounded from office by scandal and ineptitude. Where are the editors who insist on properly identifying sources with an axe to grind? Better still, find other sources for comment. There aren’t any. That’s why stories are “updated” online to conform to minimal standards – the editors are now the readers, who post corrections in response. News coverage now depends on what the readers already know.

The Sherwood Park News had a story about those not yet overwhelmed by Kenney’s strategy to overwhelm. Former Progressive Conservative MLA Dave Quest thinks that Kenney’s values and priorities are not the same as those held by the PC Party. Any chance that Kenney might persuade the party to change those values and priorities? Unlikely, as Postmedia’s Krysta Martell reports, because “the next Tory policy conference will take place in November, at which point PC members will either affirm or reaffirm the party’s values and principles.” Choices like that might explain why Alberta voters got tired of the same old, same old from the Progressive Conservative Party, which for more than 40 years offered Albertans the chance to affirm or reaffirm their right to govern.

Campaigners in Alberta will have to learn a new area code to reach out to voters – 825 just became operational in Alberta. When I was learning how to dial a phone in Alberta in the 1970s, there was only the 403 area code. Much later came 780 for Edmonton, and then 587 as a supplementary code. Now 825. With the multiplication of area codes and the ascendency of mobile phones, the area code has lost much of its identifying power. In 1993, it was a big deal when Toronto’s 416 area code was split, with the suburbs getting 905. The codes became all-purpose geographic, demographic and even cultural descriptors. I live in the 613 area code but often have to explain that doesn’t mean Ottawa – Canada’s current capital – but Kingston – its last one. There was a time when 800 meant toll-free, and then came variations such as 866. The new 825 doesn’t mean, presumably, that calls to Alberta using that code will be free. The multiplicity of codes means that none of them mean very much of anything at all.

Change is afoot in Kingston, Ont., but not with the area code. The city council has amended its bylaws to designate the downtown as a “tourist area,” which will permit businesses to open on Christmas, Good Friday and Easter Sunday. Apparently tourists are looking to get away from their families and churches on holy days to shop. Amen to that, say the businesses. For what is more sacred than the exchange of commerce?

Religion is not being driven entirely from our common life. Students heading back to school at Newfoundland’s Memorial University this September will be able to sign up for Professor Jennifer Porter’s “Religion in Disney Parks,” which examines the religious dimension of going on pilgrimage to Disney World. The scholarship is rigorous and demanding, but a full enrolment is expected, with students willing to accept the onerous burden of a nine-day study trip to the theme park in Florida. There’s a course that no one will be looking to do online.

Higher education is discovering some old truths. Twenty-five years ago, bright students could get into medical school after two years of science. Then it became mandatory for a full four-year degree, and now there are applicants with masters’ degrees. A dozen years to churn out a doctor seems excessive, so Queen’s University has launched its “accelerated route to medical school,” which permits bright high-school applicants to matriculate with an option of going to medical school after two years. The future looks bright for health policy in Canada – 25 years of increasingly burdensome therapies only to return to the original prescription.

Convivium’s friend Randy Boyagoda is on something of a roll. The former Ryerson professor is president of PEN Canada and began his new job as principal of the University of St. Michael’s College in Toronto on July 1. He also appeared in On the UP, the magazine of the Union Pearson Express, which links Toronto’s airport and railway station. It’s a short train ride, which might explain why the editors cut the interview to about 150 words. Fortunately for his new students, they will be getting a lot more of Randy than that. As the school year beckons, things at St. Mike’s are looking up, indeed.