Late last week I was chatting with the editor of a Canadian think tank publication who sounded apologetically proud of how well his magazine is doing.

In addition to being able to say truthfully how much it influences influencers, he was clearly pleased by the significant dollar value of advertising revenue it generates each year.

At the same time, he felt obliged to refer to his own book as a "niche product" in the deprecating sense of not being anywhere close to standing with the media big boys.

It's an understandable reflex. There is a tendency to associate "niche" publications positively as specialist, selective, coterie catering, or negatively as small, obscure, audience averse—a Royal Family philatelist semi-annual, for example, whose cover stories target the demographic excited by postage stamp images of the Queen with one eye half closed.

Increasingly, however, my experience is that what would have once been dubbed—even dismissed—as "niche publications" are producing not just some of the best thinking or best writing but also the best journalism around.

I do not blush to insert the shameless plug those benchmarks are precisely what Editor-in-Chief Raymond de Souza and I aim for with Cardus' new Convivium magazine. And I take a step back from no one in asserting that Comment magazine, produced by Cardus colleagues Brian Dijkema, Alissa Wilkinson, Dan Postma, and Robert Joustra fits the description to a T. 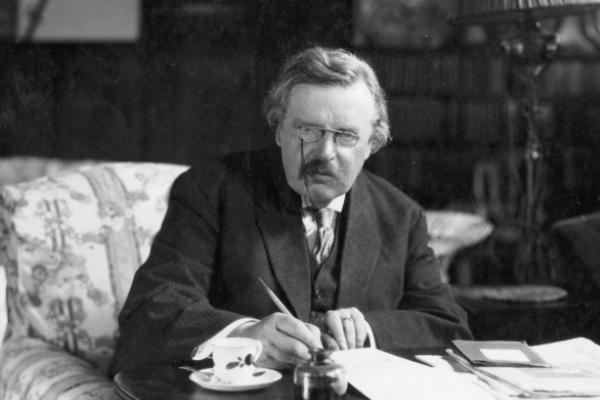 The Everlasting G. K. Chesterton
An Assault on Cynicism
The Extraordinary Ordinariness

I've written here before, as well, of The Sun, an invigoratingly quirky magazine published in Chapel Hill, North Carolina that seems to have begun on a shoestring and grown itself into its own special brand of bootstrap. Nor can anyone who picks up Greg Wolfe's IMAGE magazine fail to be impressed with how consistently it offers reading that is as interesting and intelligent as anything in the North American magazine market, and better by those standards than 98 per cent of it.

At that, Wolfe and his Seattle-based crew have outdone themselves with their latest issue. It is a superb read from cover to cover with the highlight, in my book anyway, being an astonishing piece of writing and reportage by Jim Hinch, who appears to be a San Jose food writer in his other life.

Hinch's article for IMAGE is about a very different art form, indeed. "A Spade is Not a Spade: The Art of Fabian Debora and the Mystery of Los Angeles" is, as the title implies, about roughly a baker's dozen different things at once. Principally, it is about the Los Angeles artist Fabian Debora's spiritual evolution from hardened street gang member to (locally) celebrated painter. It is also, with a bit of a sideways slide, about a Jesuit priest named Father Greg Boyle who runs an initiative called Homeboy Industries that helps the Debora's of the world escape the projects, the violence, the drugs, the normalization of murder, intrinsic to gang life.

Then it becomes something else again: a meditation on neighborhood, and on memories attached to the places where we grow up, even when those places feature children who must be taught to sleep in "bullet proof" postures to avoid being killed in their beds by random shootings in the hallway or the squalid apartment next door.

That would be enough for even the most voracious reader, but Hinch goes further yet by tying Debora's redemption, "Father G's" saving work, and sense of home that creates homeboys up to the underappreciated, if not unknown, truth that the Los Angeles of all our stereotypes is now among the most fertile spiritual soil in the world.

The immigration that meets the racism that feeds the poverty that fosters the eradication of community that begets the violence is, simultaneously, the source of a 21st Century version of the Great Awakening.

"Newcomers—almost four and a half million, a third from Asia, more than half from Mexico and Latin America—have created in Los Angeles a massive religious infrastructure similar to the network of Catholic parishes and Jewish synagogues that once anchored life in immigrant landing zones such as New York's Lower East Side and South Boston," Hinch writes.

This is not just interesting information. It is inherently newsworthy of its potential to make all of us new. As we all know, what starts in California, sooner or later starts everywhere else as well. Yet how much room is given to it in a so-called mainstream media obsessed with every burp and tickle in, say, American electoral primaries that will be meaningless in a matter of weeks? None, or next to it.

No wonder "niche" is now the ne plus ultra of publishing.

Retiring this summer after 46 years as editor of the Chesterton Review, Father Ian Boyd tells Peter Stockland why the great Christian journalist has such enduring appeal and importance.

An Assault on Cynicism

Discussing the American critical curmudgeon Alfred Kazin, Epstein writes: "He was a man perpetually ticked off, a walking wound in search of a salt shaker Brooks elaborates expanding circles of Epsteinian salt-shaker-seeking that both bedevil the American political system and perpetuate falsehoods a...