When I read the headline "Western Capitalism is Looking for Inspiration in Eastern Mysticism" in The Economist, my first thought was: you're looking in the wrong place, Western Capitalism. The article opens with this doozy:

Max Weber credited the Protestant ethic with giving rise to capitalism. Now it sometimes seems as if it is the Buddhist ethic that is keeping capitalism going. The Protestants stressed rational calculation and self-restraint. The Buddhists stress the importance of "mindfulness"—taking time out from the hurly-burly of daily activities to relax and meditate. In today's corporate world you are more likely to hear about mindfulness than self-restraint.

How strange, I thought, for materialists to turn to a religious movement which has traditionally considered the material realm something to be escaped. How, exactly, would Eastern mysticism provide us with the philosophy and disciplines needed to sustain the means by which we allocate material things like goods and services? 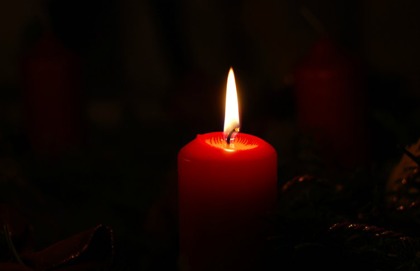 But then I read the article, and I found that what it was really about was how Western capitalism is attempting to use mystic techniques of meditation to advocate "mindfulness", all in service of improving the bottom line.

Mindfulness provides a good excuse to unplug and chill out—or "disconnect to connect", as mindfulness advocates put it. A second reason is the rat race. The single-minded pursuit of material success has produced an epidemic of corporate scandals and a widespread feeling of angst. Mindfulness emphasizes that there is more to success than material prosperity. The third is that selling mindfulness has become a business in its own right.

The notion that you can "sell" a religious discipline for material business success is not, of course, new. In fact, we have a name for it: simony. Simony is derived from the story in the Acts of the Apostles where a sorcerer named Simon attempted to buy the gift of the Holy Spirit from Peter and John. Traditionally it's been understood in terms of the purchase of the sacraments or an ecclesial office, but it does have other forms; the notion of selling meditation to improve the bottom line certainly seems to qualify.

As the article notes:

Pupils come to see it as a way to get ahead in life. And the point of the whole exercise is lost. What has parading around in pricey lululemon outfits got to do with the Buddhist ethic of non-attachment to material goods?

In our "very competitive North American religious marketplace" this deserves more study. Jordan Ballor from the Acton Institute has noted the rise of those making a living off of religion. Perhaps, in an age where you can have reality TV shows featuring "preachers" who zip around in big Benz's, or where an increasing number can make a living off of commenting, blogging (yes, I realize what you're thinking), recommending and selling books and messages about faith, we—like the reformers of the past—need to renew our critique of simony?

Our Catholic and Orthodox friends probably need little convincing of the practice—it’s been around for some time after all—but allow me to encourage them to take up the practice with vigour, and to make the modest proposal to my Protestant brothers and sisters that we likewise hold off on the Christ...

Welby's action on payday loans is yet another piece of surprising evidence of unity in the Church ...

Helping the Humanities Out of its Funk

While I don't want to make a direct connection, there is a phenomenon which, I think, shows that the hard sciences might be doing a better job at expanding dialogue than the humanities For one reason or another—you see it even on this blog—the humanities tend to come in for greater scrutiny than the...