I had never heard of Dr. Deborah Cook.

I asked around, and others hadn’t heard of her either. She is not part of the respected tribe of pro-life activists I know. She is not among the conscientious objectors or the many physicians I have come to know. Yet this outlier was just recognized for her research on implementing a more compassionate experience for the dying in the ICU.

Cook is a professor in the department of Clinical Epidemiology and Biostatistics at the Michael G. DeGroote School of Medicine and a physician in the ICU at St. Joseph's Healthcare Hamilton.

Cook’s research, called the Three Wishes Project, was published in 2015 in the Annals of Internal Medicine. On June 20 this year, the Governor General of Canada recognized Dr. Cook during a ceremony at Rideau Hall for winning the 2018 CIHR Gold Leaf Prize for that research. The prestigious prize is given for excellence in health research and its translation into benefits for Canadians. Cook received $100,000 for the Three Wishes Project.

In accordance with this project, a patient’s clinician or a researcher acted on three wishes proposed by the patient, their family, or a clinician caring for the patient. She conducted her study in the ICU at St. Joseph’s Healthcare Hamilton with 40 dying patients.

The scope of these wishes reflect five areas: humanizing the environment, personal tributes, family reconnections, rituals and observances, and paying it forward. It appears to me a mature version of the Children’s Wish Foundation, offered to adult patients when adult defenses have worn down. Vulnerability is expected in these times.

But these wishes weren’t delivered in a hospice. They were a deliberate part of the care delivered in the ICU.

While we are increasingly aware that MAiD is being used to reduce bloated expenses in healthcare budgets, Cook “found that 97.5 per cent of the requested wishes were implemented, at a cost ranging from $0 to $200 per patient.” Palliative care, as it has been traditionally understood, is expensive. Authentic, palliative-like responses don’t have to be. And while there were only 40 patients involved, the study touched 160 family members. A ripple effect indeed. 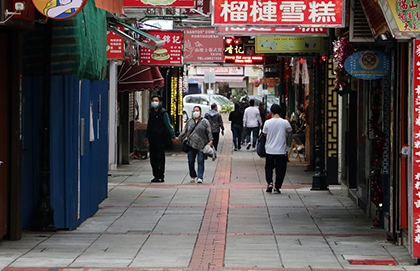 We know good palliative care provides effective pain management, but none of us is surprised to learn that addressing these five areas during someone’s last days are emotionally effective, too. Most of us would argue that they are necessary components of end of life care, save the need to be reconciled with God.

She has added her voice to the others we know who see the person, not just the prognosis. Her work opens the door to “our” physicians who would much prefer to practise medicine in this way. Three Wishes added warmth where technology left patient-care cold. Ironically, her cold hard research melted ingrained objections.

Assisted suicide and euthanasia have corrupted palliative care. We are in relatively early days, yet the canary in the coalmine has already lost his voice. Activists have changed definitions, practices, perceptions and we are headlong down the slope we were told we were crazy to warn others about.

Still, we now find ourselves with more ammunition in the effort to preserve medicine. We have one more research project that gives healthcare decision makers a blueprint in providing life-affirming death, in an ICU of all places.

Cook’s impressive C.V. is highlighted on government website Canadian Institutes of Health. According to early student reviews, she spent time studying under Foucault, not only like a badge of honour, but also like a weapon. She is brilliant. That is the consensus. She doesn’t suffer from a lack of humility according to the students who reviewed her. She is a product of her education and her world.

Cook was not among the early warning signalists. She is not quoted in the struggle before or since the legalization of physician-assisted suicide. Infusing medicine with the dignity and sensitivity each patient deserves doesn’t have to come from our camp.

Good medicine cares about the person who is the patient.

So, she has come from away, to quote a popular maritime saying. “We” did not know her. She may not know “us.” But she is known to God. Cook gives me hope.

“The wind blows wherever it pleases. You hear its sound, but you cannot tell where it comes from or where it is going. So it is with every [idea] born of the Spirit." – John 3:8

While fears of coronavirus rise to pandemic proportions, Peter Stockland suggests Canadians look to our own land, concerning ourselves instead with Indigenous reconciliation.

Beyond the "A" Word

Looking at two models of maternal health care being developed in Montreal, Deborah Rankin discovers a path beyond the morass of moral debate – and a way to do what’s best for mom and baby, too.