I (understandably) spend a great deal of time in the New York subways. The truth about subways is that you stop hearing the announcements after a while. I moved here a month before the bombings in the London Tube in 2005, and after that the announcements started: "Packages and other large containers are subject to random search by the police." I couldn't tell you the last time I heard the actual announcement, but just typing it out there, I could hear the voice that repeats it over the PA system, and I know that's correct, word for word. But I hear it so often that now it's like so much background noise.

On Monday, though, I was riding home on the D train in my usual attitude (leaning lightly against the door, nose in a book, and earbuds in place) when I heard a different message. It startled me enough that I took my earbuds out and listened.

If you see an elderly, disabled, or pregnant person on the subway, please offer your seat. Courtesy is contagious. 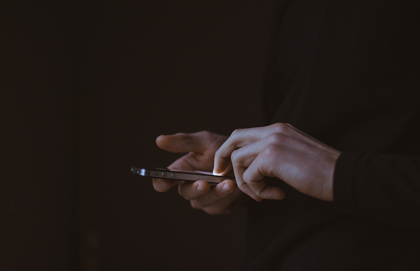 Admittedly, my knee-jerk reaction was to mentally bemoan the sad state of courtesy in our culture, where the MTA (the MTA) has to tell us to practice basic human decency.

Then I stopped, briefly, and remembered that courtesy is actually a hot topic around people our age: what it looks like, how it operates. I remember, in college, being startled and pleased to discover that people of both genders routinely opened doors for one another and greeted professors with deference. And recently, I tasked my students with writing a persuasive essay—and four of them (that's 15% of the class, split evenly along gender lines) wrote on chivalry: what it is, how it's practiced poorly, and how to practice it well.

I also thought (since I've been watching Mad Men) about how certain private activities with public consequences, such as drunk driving and smoking and dispensing racial epithets, have been slowly moved toward the "bad" side of the societal moral ledger simply through that process we in the West often abandon: public shaming. When that subway announcement comes on, if you're a healthy young person who hasn't given up his seat to the pregnant lady standing and clutching the rail, well, don't we look sheepish now? And the more we practice that, the more the shamed practice (of giving up a seat) becomes a habit (of courtesy) and maybe even becomes a sort of virtue (of kindness and care for others).

I don't know if I've just not heard the announcement before, or if it's new, but I noticed more people giving up their seats in the last week than I had in a while. Bravo, MTA.

At screenings of two seemingly very different movies, writer Dayna Slusar finds commonality in their evocation of home, and ponders the word’s enduring power for a culture increasingly lost in its hopeless little screens.

It is true that the people of Attawapiskat aren't the only ones responsible for the problems they're facing ...