This article was originally published in Vigil Magazine.

For even the godless feel something in a church,

A twinge of hope, fear? Who knows what it is?

A trembling unaccounted by their laws,

An ancient memory they can’t dismiss.

--Dana Gioia in “The Angel with the Broken Wing” 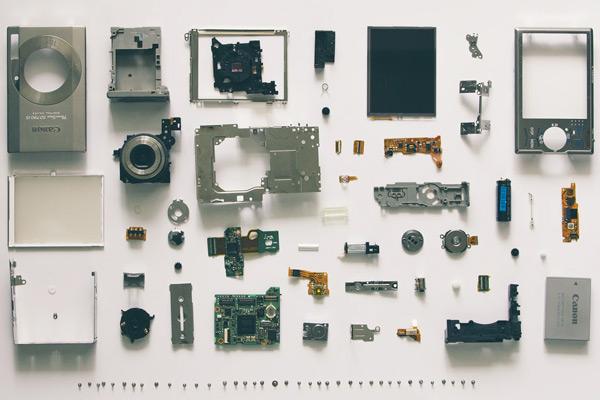 Keep Politics Out of Procurement
The Light of Unity Among All
No Competition, Please. We’re Canadian.

It was the poster that caught my eye. Forlorn and sparse, it seemed to beckon with the same pull that imbued the sombre rhythm of the Latinate title. “T-e-n-e-b-r-a-e,” I mouthed tentatively, the staccato not helping my comprehension. My knowledge of French intimated that it had something to do with something dark and obscure, ténèbres. But I wasn’t sure.

I’ve found the sober tone of these dark liturgies and texts from the Christian tradition provide stark relief from our normal rush to extricate lessons learnt from every negative experience.

This is a memory a few years old, when I had acquired the happy habit of attending the monthly Evensong services at the local Anglo-Catholic parish. The prettiness of the term Evensong, an Anglicism for evening prayer, was matched by a marvellous choir that accompanied the congregants. A few months into these monthly gatherings, I was open to other special services in that parish even if just to hear those lush angelic voices. That’s when I spotted the poster.

I had never expected Tenebrae to become as important as it has for me. Growing up, the most poignant moment of my Holy Week experience was Maundy Thursday. The etymology of Maundy, Middle English for mandatum in Latin, refers to the mandate of Christ as recorded in the Gospel of St. John: “A new commandment I give unto you, that ye love one another; as I have loved you, that ye also love one another” (13:34, KJV). This event is particularly linked to my Anglican upbringing in Brunei. In a culture where respect for your elders and those in authority was naturally assumed, having the clergy or, in my case, the youth leader whom I looked up to, wash my teenaged feet was truly a memorable and jarring moment.

While it makes little sense to rank your order of preference for the distinct yet inseparable commemorations of the Paschal Triduum, I’ve discovered the distinct usefulness of preparing properly for these three days from the evening of Maundy Thursday to Easter Sunday. Which is exactly what this once mysterious sounding service, Tenebrae, has helped me to do.

According to the Book of Occasional Services, in the ancient and medieval tradition of the Western Church, the word Tenebrae was used to describe the early morning and late night prayers of monks, with the interplay of the shadows of dawn and dusk, during the last three days of Holy Week.

In preparing us for the death of Christ, a service from the Reformed tradition lists specific shadows in its service, for example, the Shadow of Betrayal, the Shadow of Death, etc. Each of these has a collect (a short prayer), a scripture reading, and a responsory—something the congregation says aloud together. What is remarkable is the growing darkness of the service, as the fifteen (this number can vary) candles mounted on a triangular “hearse” are slowly smothered.

I’ve been struck by the wisdom of liturgies that willfully postpone joy. As a child in India, many guests in our pious home were given Bibles to read at their leisure. I still recall vividly the shock of a young woman who asked my mother about the book nakedly named “Lamentations.” In Tamil—that beautiful tongue—the term pozhambal portrays the startling rawness of the Hebrew original better than the loftier English rendering. These poetic wailings of the prophet Jeremiah often mark the final readings in Tenebrae services.

I’ve found the sober tone of these dark liturgies and texts from the Christian tradition provide stark relief from our normal rush to extricate lessons learnt from every negative experience. We can often miss the opportunity to truly feel loss, to yield to the grip of grief; the trembling and ancient memory—in the words of Gioia in the epigraph—seem to haunt us. And yet such candour is the surest way to hope; no cheap, cloying thing but a virtue sharpened by grit.

At the end, there is one candle, the one at the apex, which remains lit. It is then hidden for a brief time, and a loud, startling noise is made before the one candle is returned to the altar. Its sole illumination—diversely interpreted to symbolize the faith of the Blessed Virgin or Christ Himself—is one that guides all of us in a muted parting as the service concludes.

The Light of Unity Among All

In the second of our conversations on the consecrated life in Canada, Peter Stockland talks to Michelle Rebidoux of the Sri Chinmoy community

Whether it’s air travel or Internet, the time-honoured Canuck reflex is to boldly pacify the masses with the security blanket of quasi-monopolies, contends Convivium contributor Peter Menzies.