This piece was originally published in National Review.

Young women, settle down sooner! This advice is often repeated by disgruntled career women as well as conservative pundits — and sometimes both in one column, as when Dennis Prager recently made a column of the words of an unhappy career woman who phoned in to his radio show to counsel young women, “Do not follow the path that I followed.”

Other pundits want women to “lean in” to work (in the phrase of Facebook chief operating officer Sheryl Sandberg), and some discuss whether women can have it all (not all at once, says Michelle Obama). There’s no shortage of advice directed at young women, but most of it misses the mark by failing to grapple with one stark reality of the wealthy Western world: Family and marriage are wholly unattainable for many. All of this advice, especially the admonition for women to settle down sooner, implies that marriage and family are plausible choices in today’s relationship climate. Often, they are not.

Our culture does not support the formation of stable families. There is still interest in marriage, but in many practical ways, from education requirements to economics to definitions of what success means, significant roadblocks stand in the path of married life. Telling women to settle down is like putting a high-powered motor on a boat that is still chained to the dock: You can run that motor, but you won’t get very far.

Why are single women working today? It’s generally not because a stridently feminist family member told them that work is the route to happiness. Other factors matter more, such as the need to pay the rent. And plenty of single women are too young and too healthy to imagine a time when renting a tiny luxury condo near a downtown core and working 24/7 will be anything but completely satisfying. 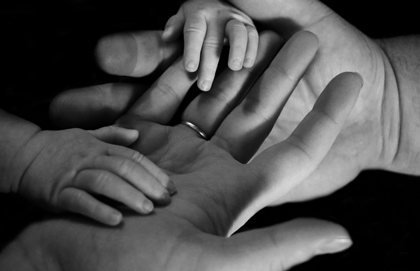 As a culture, we lost the family-life script decades ago. Previous generations finished school, got married, and had kids, typically in that order. This was the known path to maturity and financial well-being. Today, the idea that dating leads to marriage, which leads to children, sits somewhere between mummies and dinosaur bones in a museum display.

There are many reasons for this change. Feminism encourages a kind of hyper-individualism, mainly through promotion of the idea that no woman ever ought to rely on a man. Family — once a beautiful joint enterprise of people overcoming differences between the sexes to support each other and their children — came to symbolize weakness, not joy. For far too many feminists, marriage is a patriarchal ploy, and love itself is manipulative. Kate Millett, author of the 1970 feminist classic Sexual Politics, wrote:

There’s no shortage of advice directed at young women, but most of it misses the mark by failing to grapple with one stark reality of the wealthy Western world: Family and marriage are wholly unattainable for many.

The concept of romantic love affords a means of emotional manipulation which the male is free to exploit. . . . Romantic love also obscures the realities of female status and the burden of economic dependency.

The birth-control pill, which permanently broke the link between sex and children, has irreparably changed our mores, too. Prior to the Pill, casual sex could not be quite so casual because sex usually meant the possibility of children. Men and women knew this and acted accordingly. Without any link between sex and having children, marriage’s ability to keep spouses together to nurture any resulting children became weaker.

Childless sex and a casual approach to sex and relationships do more than fuel the #MeToo movement. They make it more difficult for women and men, especially those who do not engage in casual sex, to form families. They are the ones who have higher demands in relationships. Those who see one path to family through lifelong marriage are in a minority and will find it harder to compete in the relationship market.

Other factors that contribute to delayed marriage, especially for lower-income Americans, are the need for higher education, at high costs, which puts young people into debt, and the notion that one can’t have a family without buying a home. And when people delay marriage, they also delay having children—as shown in a December 2018 American Enterprise Institute report exploring declining fertility. The author, Lyman Stone, goes so far as to say that “declining fertility is really about delayed marriage.”

The need to reestablish a family-friendly culture has been the subject of academic research, policy papers, books, talk shows, and column inches — not to mention vitriolic and ineffective culture wars. In short, it’s one tough nut to crack. We might begin by noting that it’s wishful thinking to tell women to settle down sooner. What’s needed is substantive change not just by individual men and women but also by governments, businesses, schools, and places of worship. Only the most concerted effort to support the importance of marriage and family will have an effect, starting with increased appreciation for the research showing the benefits of marriage. Otherwise, simply telling women to settle down amounts to nothing more than wishful thinking.

During the last years of the Harper era, parliamentarians of all stripes worked in non-partisanship to combat human trafficking. Yet as Montreal writer Deborah Rankin learns from experts, and writes in this two-part Convivium series, all that political energy produced depressingly few benefits for young women trapped in the sex trade.