Fresh off the recent municipal election last spring, one of Vancouver’s city councillors visited my geography class on “urban environments” at the University of British Columbia. As a part of her engagement with our class, she gave a town-hall style Q & A on the role politics plays in environmental issues.

When it was my turn to ask a question, I chose to bring up climate change, asking what she would do to address the issue if she were hypothetically given the chance to control all the levels of government in Canada simultaneously. Her first answers included policy suggestions to restrain consumer behaviours: ideas such as no longer allowing the purchase of new combustion engines by a defined date. She talked about the importance of carbon pricing, shifting subsidies from the oil and gas industry toward retraining for “green” jobs and municipal tools like green building regulations. She stopped after a few minutes of talking and the class was silent. She had our attention.

After my question, the Q & A continued down the path of climate issues. My classmates asked questions ranging from how Vancouver planned to address rising sea levels to whether the changes students make in their individual lives really have an impact on climate change. In retrospect, watching my whole class ask questions and give responses to the councillor on climate change was instructive as a cultural analysis of my generation.

I remember thinking that the views different students expressed were an indicator for the direction Canada will be going over the medium and long terms. There was a bit of pushback to some of the councillor’s ideas. But that pushback was always with respect to the scope of her policy suggestions, not the underlying assumption that the environment was fundamentally important to preserve and that the government needed to have an active role in stewarding and protecting it. That view seemed self-evident to every student present. 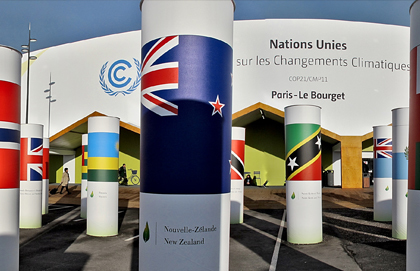 Down to Earth Environmentalism
MAiD Muscles In
Sea to Sea: Michael Coren's Conversions

I realize an anecdotal story about my class or reflections on my childhood aren’t representative of Canadian’s views at-large, but the idea that millennials across the country prioritize environmental policy more highly than previous generations has data to support it. The 2017 Environics Research Group study entitled Canada 150 Climate Change Survey found that 57 per cent of Canadians think the country should be more active in addressing climate change. But the catch is: more than 70 per cent of my millennial peers (ages 18-34 in the survey) agreed.

As these millennial voters – and eventually Gen Z voters with similar priorities – become the dominant force in Canadian politics over the next several decades, the environment could become the underlying story that colours every policy discussion. For example, I predict the public policy atmosphere in the future will incorporate environmental thinking as a lens through which every piece of legislation is examined in the same way gender has become widely used in the current Liberal government (e.g. Canada’s Feminist International Assistance Policy). In this scenario, every line item in the federal budget could be debated on the merits of sustainability because voters would expect as much.

I realize an anecdotal story about my class or reflections on my childhood aren’t representative of Canadian’s views at-large, but the idea that millennials across the country prioritize environmental policy more highly than previous generations has data to support it.

At some level, this change is already happening. As Canadian public sentiment is slowly shifting toward more strongly prioritizing environmental issues, it has started to affect our politics in two significant ways. First, institutional green parties are having a moderate surge of significance. Combining Canada’s federal and provincial legislatures, green parties currently hold 17 seats (this number was zero as recently as 2011). This past April, the Green Party in Prince Edward Island become the first green party to become the official opposition in a province – they received more than 30 per cent of the popular vote. Even at the municipal level, the greens have been succeeding: In the 2018 Vancouver election, the top two vote-getters for city council were both Green Party of Vancouver candidates.

Environmental consciousness in the voting base is changing mainstream parties as well. They are adapting their positions to align with the growing interest in this policy area. For example, the Liberals have made an effort to integrate environmental priorities into their politics with a focus on carbon pricing, their ocean protection plan and a proposed ban on single-use plastics. The NDP and the Conservatives are both running in the current federal election with platform pieces focused on the environment as well, which each try to suck up oxygen in this space in their own ways.

Ultimately, I can’t predict whether institutional green parties will become an established political force in Canadian society or whether the mainstream parties will absorb the energy young adults have for action on environmental issues. Who knows? Maybe both trends will continue in parallel. But as millennials and Gen Z-ers establish themselves, I know their views on the environment will be consequential in ways we may not be able to conceive of today.

When I go to school in the mornings, I walk past well-used compost bins scattered around my alley, then pass a butcher shop committed to local and sustainable purchasing on my way to a hybrid bus that holds other students who are wearing clothing from environmentally conscious companies like Patagonia and tentree.

I realize some of that experience may be Vancouver-specific, but it shows me environmental consciousness is integrating with every level of my generation’s existence: food, clothing, transit, etc. It logically follows that what we prioritize in our day-to-day lives will be a priority at the polls. Exactly how this shapes the future remains unknown, but one thing is for sure: There are few things my generation agrees on more than the importance of the environment.

Down to Earth Environmentalism

What might the change of government mean for environmental policy when all the parties offer varying shades of green utopianism?