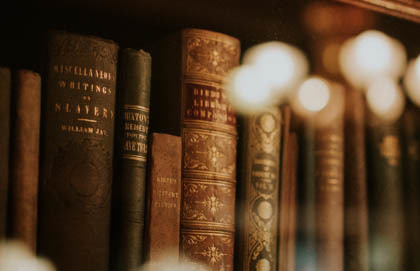 I was first drawn to the issue of human trafficking in Canada through the work of my son, who served in the Integrated Child Exploitation Unit. Overnight, I noticed a huge change in him; his hair turned grey and I could tell things weighed heavily on him. I was appalled to find out that children in Canada were being bought and sold in exchange for sex and money, and even more horrified that this issue was completely off the public's radar. As I became more aware of the magnitude of the problem, I realized this exploitation was happening in communities all across our nation. Gradually, I began working with victims of human trafficking and not only saw but felt their pain and humiliation. Perpetrators used coercion and manipulation to gain control of these innocent victims. The victims are subjected to every imaginable sexual, physical and mental abuse, involuntary drug use and even threats against their families.

When I first came to Parliament in 2004, I wanted to stop human trafficking. Unfortunately, I faced an uphill battle in trying to focus Canadians' attention on this heinous crime that was happening in their own backyards. Few parliamentarians were aware of the depth of this issue in Canada and struggled to believe that this was a reality in our nation, let alone one we had to confront. I began my work as an MP to bring greater awareness to human trafficking in Canada and greater attention to what we must do to stop it.

The first step in fighting this crime was calling on the Standing Committee on the Status of Women to initiate a study of human trafficking in Canada. On September 28, 2005, I first raised the need to address the sexual slavery occurring in North America. I presented this issue to the Committee to give voice to the thousands of women, both Canadian-born and those arriving on Canadian soil from other countries, who suffered at the hands of human traffickers.

My motion to study human trafficking in Canada was passed by the committee on September 26, 2006, and the study began just a few days later. The standing committee's report, Turning Outrage into Action to Address Trafficking for the Purpose of Sexual Exploitation in Canada, was tabled in Parliament in February 2007. The key priorities of the report focused on the prevention of trafficking, the protection of victims and the prosecution of offenders. The report prompted all parliamentarians, and all Canadians, to stand up for victims who are trafficked for the purpose of sexual exploitation, to support the proposed recommendations and to take whatever steps necessary to implement them. In March 2007, my motion M-153 was unanimously passed, calling on the House of Commons to declare that:

"The trafficking of women and children across international borders for the purposes of sexual exploitation should be condemned, and that the House call on the government to immediately adopt a comprehensive strategy to combat the trafficking of persons worldwide."

Despite the success of Bill C-268, I felt there was a gap and a need for a national action plan in Canada. So in 2010, I drafted a proposal titled Connecting the Dots, which provided key recommendations that should be included in a national action plan: adequate funding for non-governmental organizations (NGOs) to deliver care, counselling, shelter and assistance to victims; policies and regulations to combat forced labour and child labour abroad; and regional human trafficking task forces.

Following the release of Connecting the Dots, Canada's first National Action Plan to Combat Human Trafficking was drafted. It is a comprehensive blueprint to guide the fight against the serious crime of human trafficking in our nation. On June 6, 2012, Canada's National Action Plan to Combat Human Trafficking was launched and it emphasized the need for awareness in vulnerable populations, support for victims, dedicated law enforcement efforts and the need for all Canadians to prevent the trafficking of individuals. These new measures, totalling over $25 million over four years, built on and strengthened Canada's significant work to date to prevent, detect and prosecute human trafficking, such as targeted training for law enforcement officials and front-line service providers, and enhanced public awareness measures. Canada's approach is guided by its international commitments contained in the United Nations Protocol to Prevent, Suppress and Punish Trafficking in Persons, Especially Women and Children and is organized around four pillars, namely prevention, protection, prosecution and partnerships. 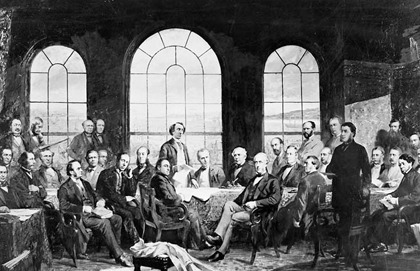 With the national action plan in place, my second bill, C-310, An Act to Amend the Criminal Code (Trafficking in Persons), was introduced on October 3, 2011. This bill adds the current trafficking in persons offences to the current list of offences that, if committed outside Canada by a Canadian or permanent resident, could be prosecuted in Canada. The current list of extraterritorial offences includes serious crimes such as child sexual exploitation, hostage taking and terrorism. Extraterritorial laws refer to laws that a country will enact regarding an offence committed abroad that is treated as an offence committed within its borders. Canada has designated a number of serious Criminal Code offences as extraterritorial offences, especially those related to the sexual abuse of children by Canadian sex tourists. These can be found in section 7.4 of the Criminal Code. Extraterritorial laws are guided by a number of principles under international law.

The second part of Bill C-310 enhances the current definition of exploitation in the trafficking in persons offence (section 279.04 of the Criminal Code). Currently the definition does not provide specific examples of exploitive conduct. This amendment will add an evidentiary aid for the courts to provide clear examples of exploitation such as the use of threats, deception or abuse of power or authority. Examples of similar interpretive aids can be found in section 153 (1.2) and section 467.11 (3) of the Criminal Code. Overall, this bill lets the long arm of the Canadian law into other countries by allowing Canadian police to go abroad, handcuff a Canadian citizen or permanent resident suspected of human trafficking and bring that person back to Canada for trial.

In 2013, I started to develop a "target the market" approach in Canada that would bring the perpetrators of sex trafficking to justice and eliminate the demand for sex. The men and women who prey on innocent victims create a market that buys and sells our youth in Canada. Men who pay to use the bodies of these young people fuel the profit and demand for this modern day slavery happening right here in our own communities. Countries such as Norway and Sweden have made substantive progress toward eliminating human trafficking by targeting the market, eliminating the demand, supporting victims and placing the ownership for these crimes on the perpetrators. Canada needed a target-the-market model so that our youth would no longer be bought and sold.

On February 13, 2014, I released The Tipping Point, a report I developed in response to the Supreme Court of Canada's Bedford ruling. This ruling left our country at a tipping point, and we had to ensure that our nation's response decisively protected women and communities for generations to come.

I prepared The Tipping Point to provide Canadians with an idea of how the Nordic model of prostitution functions and successfully provides the tools to prevent sex trafficking and exploitation of women and youth. This report also made recommendations on how Canada could adopt a made-in-Canada version of the model.

June 4, 2014, was a historic day for Canada! Justice Minister Peter MacKay introduced Bill C-36, the Protection of Communities and Exploited Persons Act, in response to the Supreme Court of Canada's decision in Canada v Bedford. Under Bill C-36, for the first time in Canada's history, the buying of sexual services would be illegal, prostituted/trafficked women would be treated with dignity rather than as a nuisance, and the government of Canada would provide robust funding to help women and youth escape prostitution.

The johns arrested for purchasing or attempting to purchase sex would face stiff fines and/or jail time. Bill C-36 would also strengthen offences targeting pimps and traffickers. And it would criminalize advertising the sexual services of others. This would be a blow to the many brothels masquerading as massage parlours that saturate our communities. We were turning a corner in the fight to end human trafficking and prostitution.

Over the next 10 months, I worked closely with the government, NGOs, survivors and law enforcement in the development and adoption of Bill C-36. On December 6, 2014, Canada's National Day of Remembrance and Action on Violence Against Women, Bill C-36 came into force.

Ending human trafficking cannot be done with legislation alone — this is a task that must be embraced by society as a whole. We must continue to educate and encourage citizens to speak up, to consider their words and actions, and to engage others. A nation in which human trafficking is no longer tolerated will take a long-term commitment and continuous action. But it is possible.