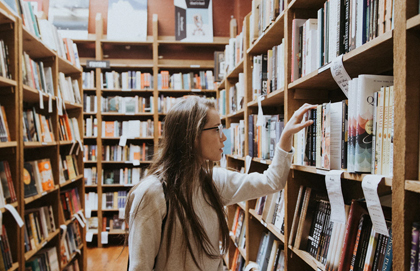 If it's difficult to speak with nuance or clarity when it comes to the place faith occupies in contemporary culture, it's not for a lack of exposure – unless you're stuffed deep into a particular kind of echo chamber, it's a difficult thing to avoid. The same goes for people of faith, of any type. They exist and don't seem to be going anywhere fast.

That said, our lives tend to be hopscotched through with newsbytes and Twitter feuds and politicians who aren't entirely reluctant to generate a very useful polarization. This can muddle our judgement somewhat, and encourage us at times to paint things with a broader brush than might be helpful. Making things more difficult, the ongoing mélange of scandal, appropriation, terrorism and culture war has the pointed effect of publicly obscuring the still, small voice that lies at the core of most people of faith's experiences of, well, faith. And if we don't understand each other – what drives us, scares us, what we long for – finding a productive, civic expression of pluralism is going to remain just out of reach. But, thankfully, literature may be able to help us if politics and think pieces find themselves at a loss.

Yes, literature has the ability (and often the duty) to engage with broad social issues, but where it stands alone is in how it facilitates a connection between the reader and the intimate spaces of a book's characters. Once you reach those depths in someone, once you've gotten a long look at even a fictional person, it becomes harder to dismiss them. Even if they're not the type of person you'd give the time of day in real life. This is how novels (along with contemporary TV series) are able to pull off getting so close to antiheroes: when we spend enough time with someone, we can't see them as caricatures of bad behaviour or a refutable ideology so much as people with histories, insecurities and, at times, understandable motivations behind actions we'd find atrocious. It's an exercise in empathy, as well as in recognizing the dignity of people we may otherwise find threatening or dangerous. And all of us, on all sides of debates involving faith, could always use more empathy.

If you're looking to get an overview of contemporary literature engaging with religious themes, though, it can be hard to know where to start: it comes in as many shapes as the people and traditions they reflect. You have polarizing entries (the novels of Bud MacFarlane Jr. and Canadian writer Michael O'Brien come to mind) that prove popular within a special demographic and, for all their issues, serve a purpose in their communities. On the other side of the spectrum, novels such as Yann Martel's Life of Pi or William P. Young’s The Shack sidestep controversial issues by softening the distinctions between faiths or denominations altogether. You also have celebrated writers like Marilynne Robinson that weave threads of faith and doubt into their works so subtly that the unsuspecting reader might finish the novel unaware, if profoundly moved. Then there are the Da Vinci Codes subverting particular traditions, as well as highbrow fare like Margaret Atwood's The Handmaid's Tale that pose questions, timely and agonizing, about our common future.

Although the second season of Hulu's adaptation of The Handmaid's Tale has officially gone past Atwood's written material, there's a scene that's worth noting – it also happened to surprise me quite deeply. The protagonist, Offred, begins the season running away from a system that's reduced her to an object, a system that's appropriated the symbols and language of the Old Testament to create a fundamentalist, pseudo-Christian, totalitarian nightmare. Hiding from her pursuers in the former offices of the Boston Globe, the paper famous for unearthing patterns of child abuse involving clergymen, she pieces together a makeshift shrine for victims of the regime and mouths a prayer: “God, by whose mercy the faithful departed have found rest, please send your holy angel to watch over this place. Through Christ our Lord, amen.” A less-competent story might have brushed over the regime's religious-based violence or, throwing the baby out with the bathwater, laid blame at the feet of religion itself. Instead, Handmaid paints a picture of complicity and humanity, of revenge and humility, of how inescapable the spiritual impulse can be even among people who have been attacked by those claiming to act in its name.

This paradox points to faith as, in its various forms, an unshakable part of our being human. What sets great religious literature apart is its refusal, on principle, to soften the blows or to avoid the questions that come right along with it. There are controversies and differences that won't disappear, and learning to sit with them, to refuse tidy answers, is a way of honestly approaching things as they are. This is reflected in the diversity of books mentioned above, and part of the takeaway here is that literature engaging with religion isn’t a shapeless monolith: it's all a living, breathing way of wrestling with oneself, ourselves, and the legacy left by our collective pursuit of the divine. 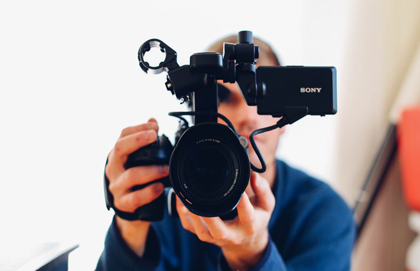 The Americans
Hand It To Atwood
Leaving Behind Leftover Christian Clichés

Convivium's mission is strikingly similar: seeking to remind ourselves of things that don't change, affirming the diversity among people of faith and posing the hard questions that form part of said legacy, especially here in Canada. And as art can be a powerful way of checking the pulse, as it were, of our cultural and public life, it’s worth looking at one Canadian writer in particular who very much embodies a number of these concerns in his work and life: Robertson Davies.

If you're looking to get an overview of contemporary literature engaging with religious themes, though, it can be hard to know where to start.

While Margaret Atwood and Alice Munro may have staked their claim as the most internationally recognized Canadian fiction writers of our time, Davies's work in the early ’70s met with just as much success and acclaim. In his time, he won the Governor's General Award, got nominated for the Booker Prize and was Canada’s frontrunner for the Nobel Prize until his death in 1993. Atwood herself recognizes him as both teacher and influence.

His most lasting work is the Deptford Trilogy, a sequence of novels made up of Fifth Business, The Manticore and World of Wonder. They start with two boys walking down the street – one of them, quite rich, plants a stone in a snowball and lobs it at the other, who ducks the shot. The snowball hits a local parson's pregnant wife and induces the early birth of a third boy. The trilogy tracks the three as they careen through the twentieth century – one becomes a professor, one a business magnate, and the other a magician.

For all its preoccupations with Jung, archetypes and the academy, at heart the book begs readers to pay attention to a world indivisible from wonder and the spiritual nature of reality. While it doesn't lean into any tradition in particular, it warns against adopting a mindset that amounts to a reductionist materialism. The main of the three characters is an academic obsessed with saints, and he moves through the university and, eventually, high society, finding it rife with people seeking to simplify the inexplicable out of existence and impoverish our sense of what lies beyond our direct senses. The protagonist, and by extension Davies, positions himself as a minor prophet of the parts of life we try (and ultimately fail) to stuff under the rug. These spiritual and psychological realities, for him, eventually come to surface in one way or another – and the more we live in denial, the harsher that final reckoning will be. His thoughts echo the enduring words of David Foster Wallace in the commencement speech later published as This Is Water: “Everybody worships. The only choice we get is what to worship.”

But perhaps what ranks greatest among Davies' gifts is his devotion to liminal spaces, to the in-betweenness among things. He tends to be the kind of writer liberals write off as conservative and conservatives write off as liberal. He refuses to be pinned down into one category, much like the archetype of the trickster he returns to time and again in his texts.

His characters are earthy intellectuals, taking care to resist the insular nature of the ivory tower while always having one foot planted firmly in the air. He is also perhaps one of the last of our country's great writers preoccupied with Canada's British legacy, tracing the last stitches of the old empire even as we were being reborn a multicultural state with as many mothers as there are nations. In all, applying reductionist dichotomies to his work, or trying to fit them into a certain critical or ideological lens, prove absurd because his characters, and the world they inhabit, remain too vivid to be reduced to stereotypes and talking points.

This is where some of his true value lies for us now – he resists the kind of easy categorization that defines so much of how we talk to each other, especially on the internet. And he’s constantly rooted in a deep sense of history, of generations, of the embarrassing quirks in our own development. There’s a constant, if subtle, reminder that the things we may prefer to leave behind remain forever a part of us. Much like our roots or relatives. If we’re ever tempted to wince at however these things prove quaint, unhip, unwoke or even dangerous, for Davies the way forward is through reconciliation rather than rejection. It’s a kind of radical acceptance – one that doesn’t always mean agreement, but where together we create a kind of space where we can experience ourselves as human and find the place where we hear that still, small voice in ourselves. Maybe in others too.

But perhaps what ranks greatest among Davies' gifts is his devotion to liminal spaces, to the in-betweenness among things.

For Davies, the spiritual impulse is many things: a call to authenticity, reminders of the past, bred in the bone, so to speak. At times dreadfully uncool. But it's neither one thing or another so much as an in-between thing, and as such becomes a key to knowing yourself down to your innards. Pretending otherwise, for him, proves a pose, and leads to a shallow kind of tolerance that fails to take the human person seriously. Staying in that in-betweenness takes a strength and a radical acceptance of oneself, and this can with work translate to a radical acceptance of the other as well as of a world of awkward, terrifying, powerful wonder. In the end Davies implies that to be in-between is to be human – we are not, in our deep nature, partisan, or tools, or stand-ins for traditions or ideologies. No matter how much we may agree with them.

So yes, he says, go on with our tolerance, our progress, with our new world. We can't help but move forward; we die otherwise. But don't forget you're not the first person to the party, or that there's a person on the other side of every idea. Don't settle for once side of the coin as it flips through the air: take a look at both. Take a slow walk in the in-between. And never forget who you are.