As we celebrated Canada’s 150th birthday, the Economist magazine praised Canada as an example to the world, stating, “[i]n an age of seductive extremes, it remains reassuringly level-headed.” It does seem that Canada, so far, is an exception to the great political and social disruptions we are witnessing across the liberal democratic West.

However, there are signs that Canadians are not so immune to the forces of disruption.

Last year Edelman’s Trust Barometer reported that for the first time Canadians joined the ranks of “distrusters,” with trust falling to its lowest level in 17 years. Individuals are losing trust in one another and in democratic institutions. Samara gave Canada a “B-“ in its Democracy 360 Report and expressed concern about the fragility of democracy.

Charitable giving in Canada is at a 10 year low - and donations are often correlated with community involvement. We are witnessing increasing anti-immigration protests, which some call identity politics of the ‘right,’ and threats to free speech on university campuses, which some call identity politics of the ‘left.’ People are retreating into social media-fostered echo chambers, and are identifying less with common interests and goals, and more according to their differences with others – the “us” versus “them” view of the world. Society risks losing the common bonds holding people together, other than those where people are in common in opposition to others. Increasing focus is on what divides us rather than what unites us.

Social fragmentation is threatening our sense of community. We cannot take for granted that the answer to Michael Adams’ question—Could It Happen Here?—is a definitive ‘no.’ Anyone who believes that trust and common bonds are critical to holding communities together – which, after all,  is part of the definition of ‘community’ – and who sees that we may be losing sight of these common bonds, should be worried. What is happening elsewhere in the world could, in fact, happen here. If we let it.

We need to maintain, as well as strengthen, our sense of shared purpose for the future. We must remind ourselves of the language and of the reality of citizenship. While we talk about the many identities each of us has—often identities that distinguish, even dissociate, us—we need to recall the identity we all share: our civic identity. Our common identity as members of our community, our regions, that is as Canadians. 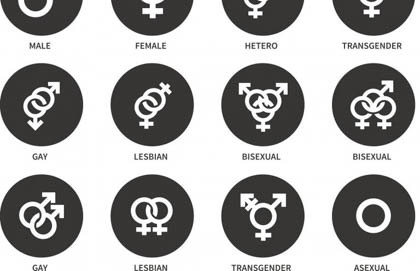 Not My Rights Movement
The Contagion of Tribal Contempt
Canada: Intimations of Liberty

Leading up to and throughout Canada’s 150th year, the Calgary-based, citizens-based non-profit, imagiNation150 (i150), engaged Canadians in conversations about the future. Many shared hopes and fears emerged, as well as a series of complex and complicated challenges to face. i150 then developed a framework for further reflection, discussion, and action.

Social fragmentation is threatening our sense of community.

Inspired by former Governor General David Johnston’s call for a “smarter and more caring nation,” and with the sesquicentennial as impetus, imagiNation150 engaged numerous people and groups in and around Calgary about their hopes and fears for the future of our communities and our country. i150 received generous support and an enthusiastic response from individuals, businesses, and civic organizations—itself a positive sign.

A common thread emerged from the many events, focus groups, and round-tables, namely that Canadians want deeper relationships, but either can’t or don’t know how to get there. Thus, i150’s framework underlines our common bond of citizenship.

The work of i150 has identified six major polarities, each with inherent tension, that we must learn to navigate: the individual and the collective; similarity and difference; comfort and risk taking; innovation and tradition; leading and being led; and, civic identity versus other identities. Polarities must be managed by acknowledging the tension between two opposite, but interdependent, poles. Great fruits can be born from living within the tensions. Yet if we do not properly navigate them, we risk becoming socially fragmented.

imagiNation150’s framework offers some tools, language for thinking, speaking, and acting as citizens among citizens. Tools to help us navigate the complexity of community, and thus to find anew and hold together what we have in common. You can find the framework on the i150 website.

Some may see such a framework naïve. But there is nothing inevitable about liberty or democracy, or a healthy and flourishing society, as we can see around the world, and right next door. Citizenship is an ongoing effort that requires constant renewal. We should use the best and the simplest tools at our disposal in the ongoing effort of living together.

We must balance the differences between us by finding those things that we have in common – and key among those is our common citizenship. As citizens living together in and through the tensions created by the various polarities we live with, and reminding ourselves of the citizenship we have in common, we will best weather the populist moment and ensure the continuation of our liberal democracy.

Not My Rights Movement

Will a small group of post-modern activists force us all to change our language? Will doctors be forced to treat gender dysphoric kids with puberty blockers and cross-sex hormones? Will the public go along with people using the change room of their choice? Will women accept more and more boys and me...

Hearing the seductive, loon-like call of so-called postnationalists who claim Canada is without identity, political philosopher John Von Heyking insists the Fathers of Confederation would have seen the “ironic pose of non-identity as infertile soil for heartfelt protection of rights.”