AD 2012 saw another court decision respecting Quebec's Ethics and Religious Culture (ERC) curriculum. The case in question is that of Loyola High School in Montreal.

A couple of years ago, Loyola gained a resounding victory in Quebec Superior Court, permitting it to teach its own version of this curriculum rather than the Ministry of Education's version. The Ministry appealed that decision and in December, the Court of Appeal overturned the lower court. The school is considering an appeal to the Supreme Court of Canada.

This is a complex case that differs very significantly from the Drummondville case, already decided by the Supreme Court in favour of the Ministry. In the Drummondville case, Catholic parents were denied the right to withdraw their children from the ERC program at a public school by reason of their religious concerns about the impact on their children's formation at being exposed to ERC methods and materials.

In the Loyola case, a Catholic school sought an exemption from teaching ERC by virtue of the fact that it already offered an equivalent course in world religions and ethics, directed to the same curricular goals. The Ministry denied this request—though such requests are routinely granted in other subjects—on the grounds that a Catholic school, with its own distinct pedagogy, could not effectively teach the program goals. That is, to teach the course in a Catholic way is to not really teaching the course at all.

Loyola challenged this decision both on administrative and constitutional grounds, claiming that it was a serious infringement of religious freedom to require it to teach as if it were not the Jesuit institution that it is. While it was in favour of an objective, unbiased teaching of religion and ethics—the Jesuits, after all, were the pioneers of sympathetic research into other religions—it could not and would not abandon in this or any other subject its professed mission and values, for these define its identity and religious character.

The lower court judge who tried the case agreed. Justice Gérard Dugré opined that the Ministry's demand that Loyola adopt a teaching stance contrary to its own commitments was "totalitarian in nature." Justice Jacques Fournier, however, writing for the Court of Appeal, did not agree; he declared the infringement a very modest and justifiable one. 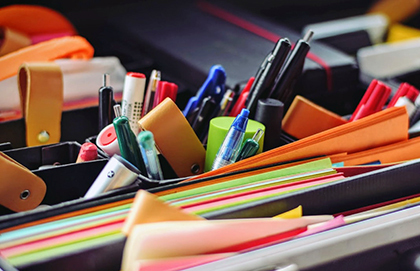 There are several interesting legal questions raised by these conflicting judgments that the Supreme Court of Canada may be asked to address, including the crucial issue of whether an institution such as Loyola can claim freedom of religion. This question alone has enormous implications for the extensive network of religious organizations that help form the nation's fabric. But there are at least two questions vital to all Canadians who care about the fundamental freedoms acknowledged by the Canadian Charter of Rights and Freedoms.

First: is it true—as the Ministry and now the Court of Appeal claim—that Loyola's determination to maintain, in this subject as in every other, the defining posture and pedagogy of a Catholic school renders impossible the two main objectives of the ERC, which are to cultivate "the recognition of others" and "the pursuit of the common good"?

For, if that is so, then arguably Catholic schooling as such should no longer be recognized as a legitimate (that is, publicly accredited) form of education. Why should the State accredit or co-operate with a system of education that refuses to recognize others and to participate in seeking the common good? This question, by the way, is also being asked in Ontario, under somewhat different circumstances.

But an affirmative answer to such a question is not only problematic given the place of Catholic education in the Constitution but also preposterous in itself. For these very objectives were Catholic objectives before they were State objectives, just as public education was a work of the Church before it was a work of the State. The only way that sense can be made of an affirmative answer is to posit a new understanding of the common good that excludes the Catholic understanding, and to grant this new understanding exclusive rights in the public sphere.

Second, and even more vital: can a government or a court compel a confessional community to set aside, for any purpose or for any duration, its own identity and beliefs, and adopt instead the government's posture? And if it can do that—or rather, if it may legitimately attempt to do that by applying penal sanctions—what meaning has the constitutional guarantee of freedom of religion?

Of course, it is sometimes necessary to ask a religious community, like any other community, to make adjustments for the common good. Or to give something up in order to preserve what it thinks important. Thus, for example, did the Supreme Court say to the Hutterian Brethren, albeit rather ungenerously by some accounts: if you have religious reasons for not wanting a photo driver's licence, fine, but you may not drive on public roads.

But what is happening here is an altogether different thing. The Court of Appeal is enforcing the Ministry's demand that a religious community do something that it cannot in good conscience do: namely, teach as if it were not Catholic and as if its own understanding of its teaching obligations were not true. The ERC program requires teachers not merely to present "religious culture" and ethical ideas in a fair and objective way—a perfectly reasonable if difficult demand—but to adopt, professionally, a posture of complete neutrality toward everything put forward in the classroom, whether in course manuals or by the students themselves.

So we have here, in my view, not a minor imposition of some more or less necessary task, as the Court of Appeal claims, but rather a complete abrogation of religious liberty, through refusing to allow Loyola to carry out the agreed task in a Catholic way and demanding instead that it carry it out in a non-Catholic way. I cannot think of a better way than this to neuter the Charter provision for freedom of religion—and not just for Catholics. Is that what we now mean to do? Is it really what our higher courts mean to do?

School Ruling Good for the Spirit