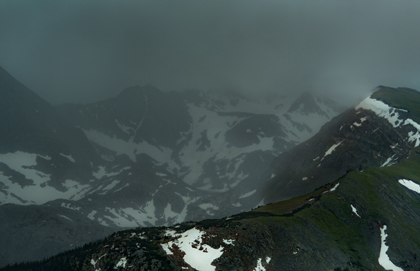 Duncan Field: John, you have been presenting on Vimy ridge since 1999. What first drew you to the story of Canada’s involvement in this battle?

John Pellowe: I stumbled across the Battle of Vimy Ridge while researching my grandfather. All I knew was that he had served as a gunner in the First World War using an  eight-inch Howitzer. That got me interested in artillery, and when I read a military history of the Canadian Siege Artillery in the First World War, Vimy Ridge stood out as an extraordinary example of thinking and strategy that is so current today that I was stunned it was in use a century ago. Vimy Ridge was where Canada really stood out for bravery, strategy, and out-of-the-box creative and radical thinking.

The more I read about Vimy Ridge, the more I saw it as an excellent example of the leadership principles I was teaching to corporate management teams at the time. A good story, relevant today, great history of a pivotal moment in our nation's history – it had all the makings for a great presentation. It was an American who suggested I act the part of General Currie. I found the manufacturer of First World War Canadian army uniforms and had a general's outfit made for me and ever since then I've had the fun of telling a great story.

Duncan Field: You told 100 Huntley Street that the success Canada achieved at Vimy Ridge was largely due to the leadership of two men: Lieutenant-General Sir Julian Byng, and General Sir Arthur Currie. Why should modern audiences take notice of their leadership 100 years later?

John Pellowe: Because the conditions they faced in 1917 are the same conditions we face today. It was a time of rapid and dramatic technological, political, and social change. Back then, radio was in its infancy, airplanes were being used by the military for the first time, empires were fading, world power was shifting from Europe to America, and in Canada, it was the year women got the right to vote for the first time. They had to learn how to embrace change because their lives depended on it.

Today, the world is changing just as much, and we, too, need to learn to embrace change. Leadership Lessons From Vimy Ridge tells the story of how they embraced change so we can learn from their experience.

Duncan Field: How does faith play into the history of Vimy Ridge, and how does faith affect what modern audiences can learn from it?

John Pellowe: Currie's biographer notes that he was a deeply religious man, but like most men of his time, he held his faith very close to his heart and was not overtly public about it. He wrote as a young man, "If I obey the commandments of our Lord and fashion my life after the teachings of Christ, I feel that my life will not be altogether useless." His faith was best seen in his respect for the life of every person. A brigadier general who worked with him said: "Currie had an almost fanatical hatred of unnecessary casualties. Of all the men I knew in the war, Currie was the man who took the most care of the lives of his troops."

Currie's biographer reports that under the crushing demands of battlefield leadership, Currie turned more fully to his faith. A war correspondent wrote of Currie's "sincere, simple, piety." He and General Byng were both deeply committed to their Christian faith but also very private about it. But the fact is, most everything that is reported in Leadership Lessons From Vimy Ridge flows out of that commitment.

More information on tonight’s event at the War Museum is available here.