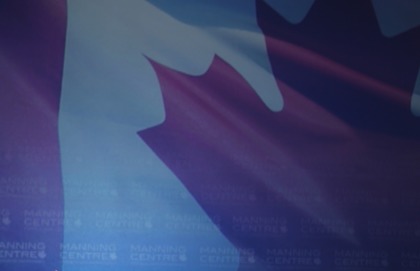 It’s always heartening for Central Canadian transplants like me when a fine western institution brings fresh reason to the glutinous cacophony that Ottawa serves up as thought.
It’s even more delightful when the source of refreshment is himself a transplant, albeit from the far side of the country. Such was the case last weekend when the Calgary-based Manning Centre for Building Democracy gave the stage at its annual networking conference in the national capital to Rex Murphy, that proud and famous son of Newfoundland.
Murphy, of course, does not need anyone to give him a stage anywhere. He is a crackerjack columnist for the National Post. His weekly TV commentaries give bite even to CBC’s The National, that Sargasso Sea of torpid journalistic self-regard. And anyone who wants to learn the art of the deceptively gentle but firmly directed interview need only tune in to his Sunday master classes as host of Cross Country Checkup.
Yet there he was on the Manning conference platform, nursing a cold, yet still the Jesse James of jawboning: a stage being present, his artful duty was to take it.  Indeed, his topic, as it happened, was duty. Patriotic duty, in the example of Cpl. Nathan Cirillo, the young soldier murdered last fall while standing guard at the National War Memorial. But also political duty — not to party or single cause, but to Canada, whole and complete.
Here Murphy pointed beyond even institutional incubators of broader political duty such as the Manning Centre, and named two individuals who embodied it as perfectly as anyone in our recent history, namely Peter Lougheed and Pierre Trudeau.
The two, he said, were surface adversaries in deep commonality. They appeared to differ on everything. Yet they were avatars of a regionalism so intense and profound, its only true object could be the country as a whole.