Several years ago, a youthful pointed-prankster I know called one of the vile white supremacist Internet talk shows and feigned interest in the repulsive hosts to gain their confidence.

As they exuded rhapsodies about his great American patriotic intelligence, he devilishly shifted gears into an argument for having not just one but two Martin Luther King Jr. holidays a year, with the addition of a Malcolm X Day added to the calendar.

“I’ve been reading a lot of Malcolm X and I’m sure you’ll agree with me he’s one of the greatest Americans ever. Don’t you think every American should be following his teachings?” the prankster said.

There was the kind of dead silence that befalls a pigpen when the farmer comes with the rope. One host managed a guttural: “You’re joking, right?”

“Oh,” said the prankster innocently. “Isn’t this the Power of Islam Hour? Have I called the wrong show?”

The cartoon-squeal response was an uproar of epithets in which “liberal” and “Jew” and “Jew liberal” featured incoherently, and then the prank was done.

The memory of it has come back to me in recent weeks, however, as a marker of the power of well-sharpened irony to undercut extremist ideological idiocy far more effectively than violent denunciation ever will. It stands, too, as a particular apt testament to having the courage of our convictions to engage, always engage, rather than retreating into the sanctuary of sanctimonious shunning.

Given the times, after all, the prankster was taking a risk extending beyond being yelled at by a couple of slobber-chinned Internet moh-rons. He might well have found himself with some explaining to do for even having spoken on such a radio show. His intentions were open to query for even being willing to push the hosts’ buttons.

Engagement is not dirigisme. It is not directing what people should do. It is encountering what they are about.
Related Stories 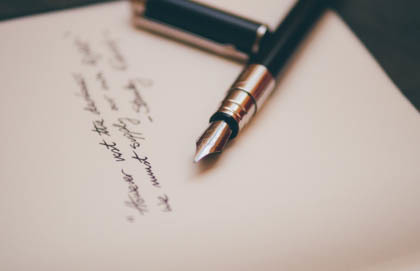 Publisher's Letter: Will Christopher Hitchens Matter?
Media Defined Faith
Stockland Moving On… But Not Out

We live in a moment when associational guilt is to the go-to discrediting gimmick, much as “I hold in my hand a list with your name on it” or “Prove you’re not a witch” were primary tricks of the slurring trade in earlier times.

Even factoring for my Christian expectations of human behavior – we nailed God to a tree; how surprising is whatever we do after that? ­– I find myself unsettled at the extent to which such guilt gets a public pass these days. It’s particularly disturbing among those who style themselves journalists.

The very nature of the journalistic trade requires (or did not long ago), speaking with, listening to, and reporting fairly upon, everyone. As a result, journalists should be among the most sensitive to cutting off voices on the basis of incorrect, and even incidental, contact. But no. No longer it seems.

A current case centres on the recent troubles at The Rebel YouTube news channel. It, you might have heard, landed in a vat of Polskie Orgorki sour pickles with its frightfully bungled “coverage” of the recent violent debacle in Charlottesville, Virginia.

The reporter responsible, Faith Goldy, was subsequently fired for appearing on a neo-Nazi podcast. Respected contributors Barbara Kay, John Robson, and co-founder Brian Lilley, resigned. Anyone less irrepressible than Ezra Levant, who runs the joint, would have followed suit and shut the whole thing down in embarrassment.

Ever the contrarian, Ezra has vowed to rebuild, suitably rebuked, and attend more carefully to the content The Rebel produces. I, for one, am both dubious he can do it, yet incapable of putting it past him. I’ve been a believer in Ezra as an instigator of ideas, albeit necessarily not as a tactical practitioner, since engaging him as a weekly newspaper columnist almost a quarter century ago.

In recent years, I’ve watched as Original Ezra left the house, to be replaced by Kinda Kooky Cartoon Ezra, an automated ideological variant of the very knee jerkery he used to skewer so zestfully. Where Original Ezra sparked with irrepressible glee at holding a mirror up to all sorts of abusive political absurdities, Cartoon Ezra counter intuitively glowered in a single mode: Angry. Okay, two modes: Angry and Angrier. At one point, I asked a mutual friend what in the world Ezra was doing these days. He replied tersely: “Feeding his family.”

His harsher critics have long contended, of course, that Ezra’s whole career involves publicly feeding Canadians the fruits of digestion. The aroma of Schadenfreude arising from what is widely seen as his comeuppance, then, isn’t exactly a shock. It is still disconcerting to see how those who wish him professional ill are willing to go so far as to vilify those who would continue to engage with him.

There has been a hubbub, from journalists no less, questioning when – when, not if, mind you - prominent Conservative politicians will disavow The Rebel and refuse to be interviewed by, or appear on, it. Indeed, some politicos have already refused, perhaps heeding their own consciences, perhaps bravely running away from impending trouble. That’s their call, their business.

They are certainly not something I’ve ever considered part of the craft I set about to learn more than 40 years ago. My understanding is that its essentials ever and always involve asking questions, listening to answers, parsing responses, illuminating contradictions, seeking to approach as closely as humanly possible to the hot bright flame called truth.

Making that approach has one inviolable requirement: engagement. Engagement is not dirigisme. It is not directing what people should do. It is encountering what they are about. It can be done in an ironic way à la the pointed-prankster to the Internet bigots. It can be done with the irrepressibly merry mirroring of Original Ezra. It can be done in a multitude of ways. It can never be done by falling into the hideous politicized habit of fostering sanctimonious shunning silence. Whether or not Ezra Levant and The Rebel rise again, let’s hope that is the lesson learned from their bad calls made this summer.

Even on his death bed, the anti-theist crusader could not see the power that being changed can give.

Publisher Peter Stockland offers a compelling defence of how faith is inextricably tied to his identity and vocation as a journalist, thereby illuminating the public sphere and his place in it.