You're a pastor or a church planter who has moved to Brooklyn or Berkeley or Boulder. Maybe you received a call to transplant yourself from Georgia or Grand Rapids or some other "religious" region of the country, sensing a burden to proclaim the Gospel in one of the many so-called "godless" urban regions of North America. You've left your Jerusalem on a mission to Babylon. You came with what you thought were all the answers to the unanswered questions these "secular" people had. But it didn't take long for you to realize that the questions weren't just unanswered; they were unasked. And they weren't questions. That is, your "secular" neighbours aren't looking for "answers" — for some bit of information that was missing from their mental maps. To the contrary, they have completely different maps. You've realized that instead of nagging questions about God or the afterlife, your neighbours are oriented by all sorts of longings and projects and quests for significance. There doesn't seem to be anything "missing" from their lives — so you can't just come proclaiming the Good News of a Jesus who will fill their "God-shaped hole." They don't have any sense that the "secular" lives they've constructed are missing a second floor. In many ways, they have constructed webs of meaning that provide almost all the "significance" they need in their lives (though a lot hinges on that almost).

Suffice it to say that the paradigms you brought to your ministry have failed to account for your experience thus far. You thought you were moving to a world like yours, just minus God; but in fact, you realize that you've moved to a different world entirely. It turns out this isn't like the Mars Hill of Saint Paul's experience (in Acts 17) where people are devoted to all kinds of deities and you get to add to their pantheon by talking about the one, true God. No, it seems that many have managed to construct a world of significance that isn't at all bothered by questions of the divine — though that world might still be haunted in some ways, haunted by that "almost." Your neighbours inhabit what Charles Taylor calls an "immanent frame"; they're no longer bothered by the "God question" as a question because they are devotees of "exclusive humanism" — a way of being in the world that offers significance without transcendence.

So what does it look like to bear witness in a secular age? What does it look like to be faithful? To what extent have Christians unwittingly absorbed the same tendencies? On the one hand, this raises the question of how to reach exclusive humanists. On the other hand, the question bounces back on the church, too: to what extent do we "believe" like exclusive humanists?

These are the sorts of questions this book aims to answer. Think of it as a D.Min. program between two covers — a philosophical ethnography of the world that you inhabit and in which you minister. Think of me as an "assistant guide" to this new world — coming alongside the primary guide, philosopher Charles Taylor, whose book A Secular Age is just the resource you didn't know you needed.

But maybe this doesn't describe you. Indeed, maybe you consider yourself "secular" — an atheist, perhaps, or at least agnostic, and generally just completely unconcerned with God or religion or church or any of that. It's not like you've "left" the faith or killed God; he never existed in the Brooklyn you call home. Indeed, in the circles you run in, matters of spirituality or transcendence just never arise. The existential world is flat. You're over it. Let's move on. Sure, we're all trying to "find" meaning or "make" meaning and vaguely trying to figure out just what the hell this is all about. But c'mon: that doesn't mean we're going to entertain fairy tales.

Which is why you're constantly puzzled by all of these people you read about in the Times or the New Yorker who are, like, super religious — who can't imagine that God doesn't exist. They seem to inhabit some other universe than your own. Then one of your friends starts reading Mary Karr's memoirs and even starts flirting with Catholicism. After a few months she invites you to St. Patrick's Cathedral on Christmas Eve and you're thinking this must just be a therapeutic strategy, a kind of puritanical form of self-medication. But you can't bring yourself to go along. So you stay home, alone, and before you know it, just as the bourbon is taking hold, one of those unbelievably ambiguous and nostalgic songs by The Postal Service comes on. You know, one of those songs with the sprite, light tune that lulls you into thinking it's just banal triviality, but then somehow you hear it again as if for the first time and all of a sudden you feel yourself in the song... 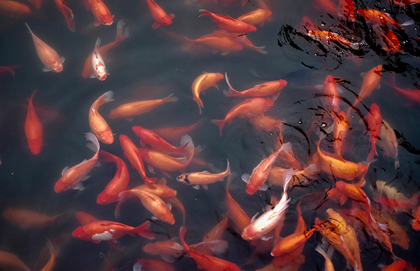 The Good News Hasn’t Changed, but How We Proclaim It Must
Read about Charles Taylor in the new Convivium
How (Not) To Read Charles Taylor: A Reply to Linker, Part I

And I'm looking through the glass
Where the light bends at the cracks
And I'm screaming at the top of my lungs
Pretending the echoes belong to someone—
Someone I used to know.

... and you're spooked by the longings this articulates, naming something that wells up in you from some subterranean cavern in your consciousness and you feel stupid that you're crying but you can't stop and you want to just blame it on the bourbon and the loneliness, and yet there is the oddest taste of some distant joy calling to you in those tears and you're not sure what to do with any of this.

This book is for you, too.

On the one hand, How (Not) To Be Secular is a book about a book — a small field guide to a much larger scholarly tome. It is both an homage and a portal to Charles Taylor's monumental A Secular Age, a book that offers a genealogy of the secular and an archaeology of our angst. This is a commentary on a book that provides a commentary on postmodern culture.

On the other hand, this is also meant to be a kind of how-to manual — guidance on how (not) to live in a secular age. It is ultimately an adventure in self-understanding, a way to get our bearings in a "secular age" — whoever "we" might be: believers or skeptics, devout or doubting. Whether you're proclaiming the faith to the secularized or you're puzzled that there continue to be people of faith in this day and age, Charles Taylor has a story meant to help us locate where we are, and what's at stake. That existential aspect of Taylor's project is admittedly buried in a lot of history and footnotes and long digressions. So I'm trying to distill and highlight this aspect of his argument precisely because I think it matters — and matters especially for those believers who are trying to not only remain faithful in a secular age but also bear witness to the divine for a secular age.

I am an unabashed and unapologetic advocate for the importance and originality of Taylor's project. I think A Secular Age is an insightful and incisive account of our globalized, cosmopolitan, pluralist present. Anyone who apprehends the sweep and force of Taylor's argument will get a sense that he's been reading our postmodern mail. His account of our "cross-pressured" situation — suspended between the malaise of immanence and the memory of transcendence — names and explains vague rumblings in the background of our experience for which we lack words.

My hope is to make Taylor's analysis accessible to a wide array of "practitioners" — by which I mean, simply, those of us living in this secular age who feel the cross-pressures and malaise and "fragilization" that he identifies, those who have absorbed mental maps of our secular age from Death Cab for Cutie and David Foster Wallace. They might be artists or entrepreneurs, screenwriters or design consultants, baristas or political staffers — but they all intuit what Taylor is trying to diagnose: that our secular age is messier than many would lead us to believe. That transcendence and immanence bleed into one another. That faith is pretty much unthinkable, but abandonment to the abyss even more so. That meaning and significance need to be forged and found in this "secular" space, rather than us embracing modes of resentful escape. I'm thinking of my friends in Brooklyn and Berkeley, in Chicago's Wicker Park and adjacent to Manhattan's Central Park, in Toronto and Vancouver but also Milwaukee and Boulder, who have forged lives of significance that are nonetheless haunted by the ghosts of a secular age.

Among those friends are ministers, pastors, church planters and social workers who are engaged in "religious" work in a secular age. Heirs of Dorothy Day, and heralds of an almost unbelievable story, they refuse to retreat to homogenous zones of shared plausibility structures. In fact, these are the core audience for this book precisely because I believe Taylor's analysis can help pastors and church planters understand better the contexts in which they proclaim the Gospel. In many ways, Taylor's A Secular Age amounts to a cultural anthropology for urban missions.

At the same time, Taylor's account should also serve as a wake-up call for the Church, functioning as a mirror to help us see how we have come to inhabit our secular age. Taylor is not only interested in understanding how the "secular" emerged; he is also an acute observer of how we're all secular now. The secular touches everything. It not only makes unbelief possible but also changes belief — it impinges upon Christianity (and all religious communities). So Taylor's account also diagnoses the roots and extent of Christianity's assimilation — and hints at how we might cultivate resistance.

The Good News Hasn’t Changed, but How We Proclaim It Must

I imagine Rose protesting from the sidelines, “Be careful! Charles Taylor is telling us to swim in this stuff called ‘water!’” To which a wizened older fish replies, “Uh, brother: you’re already in it I suppose Rose is worried that people are looking to Taylor’s A Secular Age as if it were some sort...

Read about Charles Taylor in the new Convivium

How (Not) To Read Charles Taylor: A Reply to Linker, Part I

The question that Linker in particular is asking, with and of Taylor, is this: Is it still possible to experience conversion in our "secular" age?  Is religious experience possible in a disenchanted world?  According to Linker's reading, Taylor argues "that in some important sense late mod...