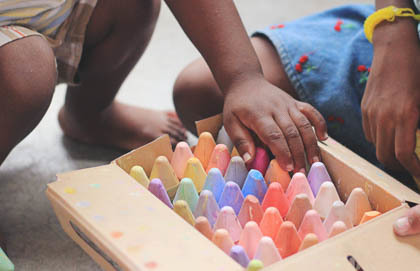 Having heard the arguments in the Loyola case this month, the Quebec Court of Appeal could take many months more to deliver its decision. No one knows yet, of course, whether the appeal court justices will uphold the decision of a lower court and rule that the government of Quebec violated the religious freedom of Catholic parents whose children attend the Montreal private school. The closest anyone can come to certainty is that, whatever the outcome, the case will continue.

Quebec's Liberal government is determined to show an illiberal face by forcing its Ethics and Religious Culture (ERC) program on unwilling parents and students. If it loses again at the Appeal Court level, it will almost certainly appeal again—this time to the Supreme Court of Canada.

The families at the centre of the Loyola case, meanwhile, are equally determined to fight as far as they can to protect their Charter freedoms and ensure their kids are not victimized by State-imposed secularism masquerading as comparative religion.

They were buoyed by both the decision and the words of Quebec Superior Court Justice Gérard Dugré, whose 2010 finding against the government said the imposition of the ERC program had a "totalitarian character essentially equivalent to Galileo being ordered by the Inquisition to deny the Copernican universe."

The ERC curriculum, after all, communicates to impressionable school-aged children the secularist nostrum that all religions are mere sociological phenomena equally true or, more likely, equally untrue. For parents who lack the gift of religious faith, there is no issue. For religious believers, the message communicated represents a very real threat to their parental right to educate their own children in their own faith.

Elation at the Loyola parents' win in Superior Court was significantly tempered, however, by a decision in the related Drummondville case, where parents of public-school students seeking an exemption from the ERC were rebuffed by the Supreme Court in February. 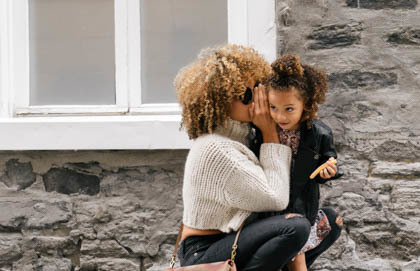 Whose Children Are They, Anyway?
MAiD In Canada: A Thankless Fight
Corporate Faith

While Loyola and Drummondville have some factual differences that make them legally distinct, ultimately what connects them is the question posed by constitutional lawyer Kevin L. Boonstra in this month's cover story.

"Whose children are they, anyway?" Boonstra asks in dissecting the faulty reasoning of the Supreme Court majority that ruled against the parents in Drummondville. Originally written for Cardus' sister publication, LexView (at www.cardus.ca/lexview), Boonstra's analysis shows how the Court decided a case other than the one before it. Even more important, he shows how the Drummondville decision is part of a disturbing trend away from the Supreme Court's own broader and more liberal interpretation of religious freedom in earlier cases.

In a companion article, writer Clement Ng points out that it is not just Quebec, not just Catholics, nor just the courts that are caught up in this trend. As Ng argues in "Family Sovereignty in Education," Ontario and even Alberta have been plunged into controversies by overweening bureaucrats seeking to impose statist models of "diversity" over parental objections.

But, as Professor Travis D. Smith argues, ending that arrogation and recovering that deference to the family requires overcoming addictions that have been part of our political bloodstream since their insinuation by Niccolò Machiavelli in Renaissance Florence. Chief among those dangerous dependencies, Smith writes in "Liberality, Little Caesars and Value Statement 12," is our willingness to succumb to princes (read: politicians, bureaucrats) when they sell us the hallucinatory fantasy of their generosity paid for with our money. We do so, he says, because it is invariably less taxing than developing the virtue of genuine generosity in our own lives.

"When the virtue of generosity is not learned, people will instead exhibit its deficiency or excess, stinginess and wastefulness—both of which abound in our private lives and public spending," Smith writes. "Aristotle observed that stinginess comes more easily to people than wastefulness. He goes so far as to declare stinginess incurable. We must hope that he is wrong about that. There are reasons to be hopeful. The cultural reserves have been suppressed, but they are not entirely depleted."

No, they are not. Innumerable people across North America have, for decades, risen each day with the express intention of replenishing those cultural reserves. One of the greatest was the late Father Richard John Neuhaus, who is profiled in this month's Convivium by novelist Randy Boyagoda, and who is the subject of a forthcoming biography by Professor Boyagoda.

As our own editor-in-chief, Father Raymond de Souza, writes in his Sea to Sea column, Father Neuhaus was more than the creator of the culture-renewing American magazine First Things. He was an inspiring, generous and gifted mentor who taught Father de Souza, among many others, the critical relationship between magazines and community. Out of that teaching, and out of their friendship, the spark for launching Convivium was struck.