A quirky thing about explanations of everything is that you can agree with some of the outcomes while being highly skeptical of the premise.

Such was the case recently listening to Eric McLuhan, son of Marshall McLuhan and a significant communications theorist in his own right, during a conference on Social Media and Human Flourishing.

McLuhan began with an overview of his father's pioneering thinking from the 1960s on the creation of modern "electrical man" through 19th century technologies such as the telegraph. For the first time in history, McLuhan contended, human communication became instantaneous regardless of distance. The tapped message of a telegraph key was heard at the same time in the office from which it was transmitted in Vancouver as the office where it was received in Montreal. So too with radio waves, TV signals, telephone, microwave, satellite and so on.

More importantly, communication was no longer primarily a matter of exchange between specific individuals. Disembodied "electrical man" acquired global reach but lost all sense of - and direct connection to - audience. For McLuhan fils, there was an even more profound loss: the incapacity of disembodied communicants to understand, much less enter into, sacramental life.

The argument for loss is powerfully persuasive, more so because of the ease of its verification by simply observing the world around us on a daily basis. The unnatural scorning, during the past half-century, of humanity's inherent religious sense demonstrably emerged by detaching signs and symbols from their embodied, concrete, located origins. The utter failure of even devout Catholics to grasp the centrality of the Eucharist to our faith is but one example. We don't take the host on our tongues because we like the taste of salt-free wafers. 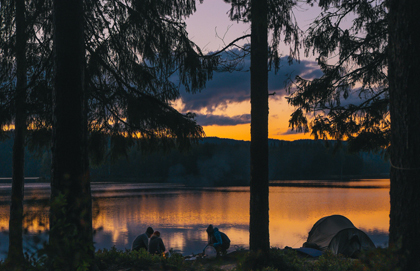 As beings with bodies, we join ourselves physically to the body and blood of God incarnate, He who gave up His life for us yet remains ever present to us. It's not a rote act. Its very meaning as sign is made manifest in the manual repetition specific to the species: hand, mouth, tongue, Body embodied within our bodies.

In an intimately related way, human sexuality has been emptied of the understanding that it occurs between human bodies ordered by biology and psychology to particular purpose. The promised revolution instead reduced sexuality to copulation minus the corporal, that is to the mere tap-tap-tap of stimulus and response telegraphing the message of the pleasure principle. The indivisible procreative and unitive telos that we are built body and soul to express as authentic to our humanity has been banished to the dustbin of history.

Convivium was founded five years ago with a very clear purpose: to foster faith in the common life of Canadians. We have never wavered from that. We never will.

The McLuhans' conclusions are, I think, unquestionably right, which is strange because I don't think their premise is entirely tenable. The claim that all this emerged as "electrical man" followed the stringing of telegraph lines across the 19th century landscape seems historically dubious, and perhaps unwittingly denies human nature. Humans have, from a time lost in the mists of time, communicated across distance through the release into the air of signs and symbols that at once go beyond their control.

Think of drum beats, flags on ships, smoke, signal flares and fires. Where I live on the St. Lawrence, several centuries ago the long dark coastline was illuminated on the Feast of St. John the Baptist by communities in New France that built enormous bonfires to sign to one another their communion in Catholic faith. In southern France last summer, I hiked in a region where similar beacons were once built yearly on mountain tops to mark for local villages the celebration of patron saint days. The message was clear. Human beings have always lived in such a way as to let the world know they exist and are active. Neither the telegraph nor Atlantic cables nor communications satellites altered that foundationally.

What changed, I think, is the impulse and the obligation to send messages that told the receivers what they might tangibly do with the information received. A drum beat warned it was time to grab weapons. A ship's flag said: "Give way." A coastal fire called all to praise God. What has been lost in contemporary communication is commitment to clear purpose. The deluge exists entirely for itself. It is a great source of the unease that afflicts so many.

Convivium was founded five years ago with a very clear purpose: to foster faith in the common life of Canadians. We have never wavered from that. We never will.

In coming months, our form will change to align us with the McLuhans' "electrical man" and woman. We will move to the Web and away from ink on paper. Some will think that changes everything. We don't agree with that premise. Our purpose will always be to provide thinking on faith in common life to which our audience can respond body and soul.

Peter Stockland shares his thoughts on the implications of the Supreme Court decision regarding Loyola High School's religious rights.

Like Lilla’s concern with identity politics specifically, like Tippett with her pushback against obsessive preoccupation with politics generally, Boyagoda sees in literature a necessary opening to rediscover the whole story of what it means to be human The heft of Lilla’s impeccable liberal credenti...