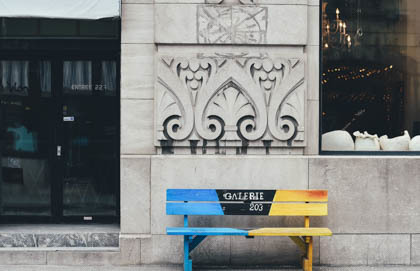 The State should not be in the business of telling people what to wear. Met in such a straightforward way, it is difficult to muster compelling dissent against this central argument of Ottawa law Professor Natasha Bakht's article that begins on page 26. Even diehard dirigistes who comprise Quebec's political elite accepted the premise enough to turf Premier Pauline Marois' government last spring for its despicably interventionist Charter of Values, otherwise known as the Public Regulation of Hats and Spats Act.

Yet we are constantly reminded, when putting together a magazine fostering faith in common life, of the reality that life's commonalities can still contain contraries to be lived through with fidelity to charity — or, at a minimum, goodwill.

So Professor Bakht's apposite proposal about the State keeping its hands off our haberdashery will begin to go awry for many when it becomes clear she includes the Islamic niqab among the accoutrements whose prêt-à-porter liberty must be protected. As she acknowledges in her text, adapted from a speech delivered at the 4th Annual Parliamentary Forum on Religious Freedom, there is something about the niqab that makes non-niqabi Canadians reflexively and decidedly uncomfortable.

Starting from the quite reasonable premise that mere discomfort constitutes no legal or social justification for acquiescing in the abnegation of liberty, Professor Bakht does a highly effective job of calling niqab naysayers to account for the sources of their squeamishness. She then runs a rhetorical wrecking crew through some of the more egregious official initiatives to restrict the rights of those who wish to wear the garment.

A contradiction she does not reconcile (probably because it can't be reconciled) is the state of affairs in which the liberal democratic State, which liberal democrats concur shouldn't be in the business of telling us what to wear, already tells us frequently and pointedly how to cover ourselves in order to abide by the laws of the land.

An Offense Against Charity
How Many Days Did You Actually Live?
Publisher's Letter: Days of Faith

Bicycle helmets, workplace safety gear and prohibitions against public nudity are three immediately conjurable instances of the State making it its business to ensure we are legally and adequately swaddled. The last of the trio is particularly nettlesome when, for example, we are allowed to lie naked on certain rocky shores but not on certain sandy beaches or when we are prohibited from gamboling down Main Street in our birthday suits unless our festive stroll coincides with the local gay pride parade, where the powers that be happily (relievedly?) turn a blind eye to legions of wobblybottomed older men celebrating genital, as opposed to general, liberty.

My argument is not that the State should or should not intervene in these or any of the myriad other areas where it makes our outer wear its intrinsic business. It isn't even that the State should be fully consistent, or at least not so openly opposed to itself, in such matters. It is rather that we need to regain in our arguments as liberal democratic citizens the sense that a) what we should not do is very likely something we have already accepted to be done in a slightly different form and b) the tension between the two is not, in itself, a sign of the failure of common life.

As Travis Smith points out in his lovely tribute of McMaster University political scientist Janet Ajzenstat, the loss of that sense results in part from the triumph of romanticism over authentic liberalism in the last few generations.

"Romantics are idealistic," Smith writes. "They believe in progress and moral evolution, and they pretend to know the inexorable direction of history. They are sure that we would have reached our destination already if only everyone else had got with the program. Until then, not only is nothing good enough, nothing is really any good."

By contrast, he argues, a "proper liberal knows that politics is not the most important thing in life, that we are equals in fundamental ways but not unqualifiedly equal and that's fine, that justice is not the highest virtue, that we should not long for governments that presume to practise the higher virtues, and that the government cannot save us from misery, let alone make us happy."

In other words, in a genuine liberal democracy, the State has no business telling people how to share. The faithful cultivation of common life occurs far beyond the limitations of romantic idealism and its assorted fulfillment-of-history projects. It even allows space for prudent liberals to "know and accept that some people are hopelessly romantic, and…find ways to make that something we work with and even benefit from…."

Finding something we can work with and benefit from may be the perfect modus operandi for fostering faith in common life, not least for contradicting, and even resisting, the Bossy Boots State when it presumes to dictate what we should wear or how we should share. As even Quebec's dirigistes discovered to their surprise in last spring's election, there is infinite strength to be had in standing common ground, with charity, for what is right.