When Ralph Klein was Alberta's premier, restoring order to provincial finances in the 1990s, a too-clever reporter decided to probe the intellectual genesis of the so-called Ralph-o-lution.

How closely, the journalist inquired, did the Premier feel obliged to toe the line of the neo-conservative/libertarian economic darling F.A. Hayek? He then helpfully offered up a citation from Hayek's seminal The Road to Serfdom as an agree/disagree proposition.

Klein followed the progress of his interlocutor's mouth like someone watching something crawl up a wall and hang suspended from the ceiling by its eight legs.

"Do I," he answered as though misting the air between them with the friendliest pesticide in the world, "look like a guy who reads books?"

The plain-sight answer, of course, was that he not only didn't look like a guy who read books, he most certainly was a guy who did not read books. And of all the books he did not read, the one he very publicly did not read the most was the Good Book, Scripture, the Bible.

Klein managed to manage Alberta back to economic health without the education, knowledge, deep reading or direct experience in the financial sector displayed by Bank of Canada Governor Mark Carney, academic Roger Martin or our own Cambridge-trained economist Father Raymond J. de Souza during the Cardus-Convivium event highlighted in this issue (see God, Greed & Gaming, page 9). He may, or may not, have done it through the kind of miraculous intervention he spent most of his adult life denying existed. 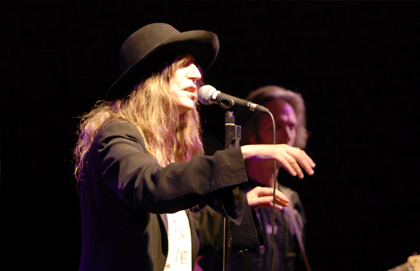 Yet as Licia Corbella reported in the Calgary Herald shortly after Klein's death on Good Friday this year, he apparently did not slip away from life without being transformed by the power of The Word.

We offer Convivium readers the whole of Corbella's article in our On the Table column because it is such a beautifully matter-of-fact revelation of faith in common life, acting through Canada's best-known politician of the common man. Intriguingly, I'm told that people closest to Klein objected strongly in private to any suggestion that he experienced Christian conversion as a result of his end-of-life friendship with Calgary's Pastor Ray Matheson. To those who knew him intimately, Ralph's spiritual life was considered an open - that is, a closed - book.

Yet as Convivium regular contributor Diane Bederman argues evocatively in her reflections on the Book of Job, the one constant in our engagement with God seems to be the painful difficulty of divining His often ambiguous will. In God's Reality Show(page 37), Bederman traces this pain to our human preference for instructional manuals full of concise summary sentences rather than sagas that stretch endlessly across time and space.

[But] life is not a book of separate, neat, distinct chapters as if past experience can be put behind us, behind a door. It is done. Put it away. End of chapter.... she writes. How unfair to the heart and soul. The chapters and verses are interconnected, sometimes flowing one into the other, while others are so disjointed that looking back one wonders, Whose life was this?

Whose life or, indeed, whose love? For as Convivium newcomer Alisha Ruiss notes in The Scandal of Falling in Love (page 27), love can rush upon us in such confusing, nay, distressing, disguises that our impulse can be to deny or flee as though escaping something dark-winged and malicious. Ruiss points to another way.

Could falling in love not be, rather than a scandalizing experience, an opportunity to give thanks and be re-oriented toward the Good, the True and the Beautiful? she asks. Could it not be possible that such an experience is given to us for the very purpose of strengthening the commitments we are called to live?

Libraries public and private, ancient andmodern are filled with volumes that seek to answer those two human, all too human, questions. But as both the Old and New Testaments of the Bible continually remind us, the true and enduring answers are also already given to us by God.

It's about the choice that individuals make, the science of human freedom, Father de Souza writes on page 16 of this issue. No culture, I would argue, has developed a robust civil foundation without a heritage of moral philosophy, usually informed by the data of faith."

The immediate context for his words was the need for, and prospect of, rebuilding trust in global financial markets through an infusion not just of liquidity but of virtue. It is a task of a magnitude beyond what even Ralph Klein found himself facing in trying to bring Alberta back to fiscal order 15 years ago. In a much broader sense, of course, Father Raymond is referring to the never-ending struggle to re-open the pages of our hearts, to reread the divine words written there with the infinite clarity of grace.

Did Ralph Klein accept the invitation to,as it were, make book on his own relationship with God? Some say yes. Some say no. In the end, the outcome of that chapter awaits us in Heaven.

Getting There From Here

In late June, Convivium’s Peter Stockland engaged in public conversation with lawyer, teacher and community activist, and author Jamil Jivani, 30, about his new book Why Young Men: Rage, Race and the Crisis of Identity. Over the next three days, Convivium will serialize an edited transcript of the discussion so readers who weren’t able to attend might experience Jivani’s remarkable story and wisdom.