I visited over the summer with a colleague from long ago who is now living out a terminal diagnosis.

Not once did he ever shy away from the reality of what he faces. He did not stint at calling what he is doing dying. Even so, I was a startled by his frankness as we sat in his living room watching the late summer afternoon light.

There was a long silence before my thoughts were coherent enough to respond that his curiosity had to be a direct function of his faith.

"I wonder how people without faith can live through the approach of death without that curiosity," I finally said. "I don't mean that rhetorically. I really do wonder about it."

There is, after all, a certain painful bleakness to certain kinds of certainty. How, for example, do the atheists of materialist science such as Richard Dawkins keep alive their natural curiosity about the natural world once they begin to wonder about the possible nature of the post-mortem world? Their dogmatic insistence on the end of life being nothing would seem to risk a chilling—killing?—effect. Ultimately, their lack of openness could have a crippling effect in the here and now arising from a paradoxical fear of that which they insist does not even exist.

By contrast, a man of faith such as Poland's Lech Walesa faces death with a fearlessness that allowed him to stare down the power of the Soviet Union as leader of both Solidarity and then president of the country. 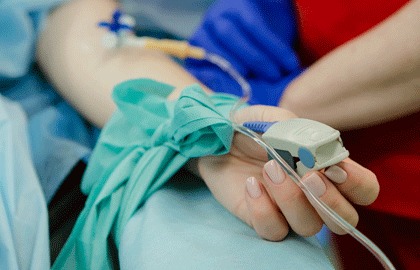 "I thought, 'You can kill me, but you cannot defeat me.' I was not afraid then. I am not afraid of death," Walesa tells Convivium editor-in-chief Father Raymond J. de Souza in this month's Conversation.

It is no idle boast. Walesa acknowledges in the interview that up to 10 million Poles would have faced death rather than submit to continued Soviet oppression had Mikhail Gorbachev chosen to use military force to sustain the empire. Doubtless many of them would have been among the million who packed a square in Moscow to cry out "We want God; we want God" during John Paul II's first visit to his homeland after becoming pope.

Their lungs were filled with what Father Tim McCauley, in this month's On theTable, calls the oxygen of hope. Hope is a necessary condition of curiosity. There is no point wanting to know if we are already convinced that there is nothing to be known and, worse, no point in knowing anyway.

As Father McCauley points out, seen from that perspective, the oxygen of hope gives life to a particular understanding of what it means to be human. He points to Quebec's new law allowing assisted suicide as an example of how our conception of the human deteriorates when hope is no longer as natural to us as breathing.

"With the inevitable approach of old age, pain, sickness and death, all our illusions of control evaporate, and the autonomous self crumbles," Father McCauley writes. "A lifetime of outward success but inner quiet desperation—a life without hope and without God—can develop into despair, as the isolated self, utterly unaccustomed to hope and trust in any sort of "higher power" clings to control in a final act of self-assertion—the choice of assisted suicide."

Richard Bastien argues in this issue that such despair can afflict even the beginnings of life through a culture-wide contraceptive mentality that reduces the sexual act to mere recreation and so transforms the very nature, meaning and purpose of human procreative capacity.

His argument is counter-cultural, of course, and as a minority position confronting the certainties of the age, risks being misunderstood or rejected out of hand.

Obviously those who practice contraception—meaning a majority of fecund Western women—see it as a matter of practicality. Many of them argue that it is entirely justifiable if only to be spared from facing the truly horrendous choice of abortion. It is an argument made from the virtue of prudence shorn of the virtues of faith and hope.

Despite its settled status in many minds, though, the whole argument remains a very important one. Its importance lies in the opening it offers for a new conversation, a re-oxygenated understanding, of what we talk about when we talk about love.

Sitting with a dying friend in dying summer light reminded me that the purpose of such a conversation is not the grim expression of certitude. Rather, it's the joyful expression of faith driven by a curiosity, a wonder, a wanting to truly know what is in another's heart as much as what is on the other side of life.

Straying from our triangles

A prime example of that fighting spirit is the entry into the North American print market of a magazine called Intelligent Life, a sumptuous, oversized style, culture, and travel magazine published by, of all outfits, The Economist As writer Ian Leslie argues in an Intelligent Life column, the loss ...