Sometimes, someone chances past who brilliantly captures in a handful of words what others spend whole careers trying to express.

Such was the case last week when a regular correspondent of mine, a Mr. P.A. George, set out in five easy steps the recipe that activists cooking up all manner of "social progress" have used in Canada during the past 40 years: 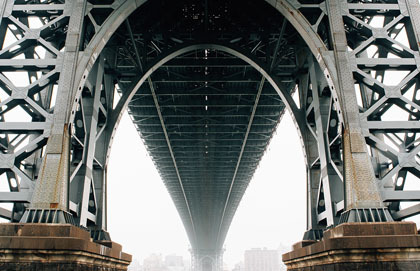 At Sea and at Home
Glorious Adaptation: Institutions that are Future Ready
A society watching The Dark Knight Rises has something wrong with it

If I were to suggest any addition to this stellar summary, it would be to expand point four to include professional associations beyond just teachers. Doctors, lawyers and, as we have witnessed in the weeks just past, Indian chiefs are clearly as prone to wholly irrational fashionism as those who work in classrooms full of children.

In a quibblesome mood, I might also ask aloud whether the real problem, pace point five, is precisely that such change doesn't feel like a boot stomping on our faces anymore. It doesn't feel like it, not because it isn't a boot stomping on our faces, but because we have lost the capacity to feel anything at all. We are just too numbed by routine injections of political Botox and by the morphine drip of incessant incrementalism.

But all that is commentary. Our man George's clear encapsulation needs none.

What it does need is to be published by sky writing if possible. It needs to be circulated frantically through social media. It needs to be tacked up on bulletin boards and placed under every available fridge magnet in the land. It must be placed wherever we look in order to remind us that the travesty of "social progress" currently leading us backwards to an illiberal and barbarous past is no matter of chance. It is the fruit of five simple, active, definitive steps.

At Sea and at Home

Yet very early in her 35-minute talk yesterday, the secretary of state, who logged more than a million miles visiting 112 countries in four years, began using Cardus language: the prudential need to renew underlying social architecture The key, Clinton stressed, is making it not merely an informatio...

Finally, there are adaptive institutions that "are geared to the flexible process of continuous search and modification which is the essence of planning at the higher levels of 'future-creative' planning, namely the levels of strategies and policies" (143) We need to do much more to advance our unde...