A powerful impetus behind the Liberal government’s push to jam expanded medical aid in dying through Parliament has been the force of proponents arguing it is progressive legislation.

Yet Catherine Frazee, who testified last week before the Commons committee on Bill C-7 as it’s known, points out it is the opposite of the virtues and values progressives have professed for decades. If anything, Frazee says, it is a lamentable call back to the dark days when many on the Canadian left supported the horrors of eugenics in theory and in practice.

“Not so long ago, the eugenics movement in North America was very much a progressive movement. Even Helen Keller was one of the leading voices of eugenics. So those on the left are capable of very misguided thinking about what is and what isn’t progressive,” the former Chief Commissioner of the Ontario Human Rights Commission tells Convivium.

The paired ideologies, based on a belief in human life as an entirely disposable product, differ in some respects. Yet their underlying similarity serves as a reminder that regressive politics can easily disguise itself as progressive idealism, she says.

That appears to be what has happened with the advent of so-called Medical Aid in Dying (MAiD) in Canada, and especially with the current obsession that its expansion be encoded in law by Christmas, Frazee notes. Whatever merits MAiD might have in some minds, she adds, it takes dead aim at the Canadian value of equality and, by extension, the progressive credo of tolerance, she adds.

As a member of the Equality Rights Committee of the DisAbled Women's Network Canada (DAWN), Frazee primarily sought during her Commons committee appearance to get MPs to understand how MAiD and its expansion undermine the equal standing of those with pronounced physical and mental vulnerabilities. But she emphasizes the way it threatens those rights for all of society’s vulnerable, whether by class, race, gender, sexuality or colonial victimization. She was flabbergasted when one committee member said he did not know what he would do if his daughter had a terrible accident and MAiD was a consideration.

“I thought 'my goodness, your son or daughter might, at some point in life, contemplate suicide. Why would you want to do anything that will make that easier or acceptable, or that would even put it on the table of options?' If your children were different because of being transgender, would you want them to have the right to end their lives? It’s a failure of imagination and very short-sighted,” she says. 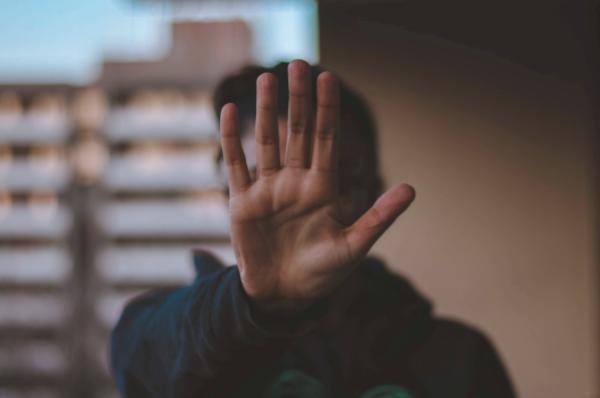 From her years in disability research, including a decade as co-director of Ryerson University’s Institute for Disability Studies Research and Education, Frazee see the acceptance/expansion of MAiD as based on the assumption that those deemed less than fully able in their physical and mental capacities comprise a different category of suffering. The label “intolerable” is often slapped on. The rhetorical question, even if not spoken aloud in polite company, then becomes: “Who would want to live like that?”

MAiD is becoming the ready-made answer.

“The widespread assumption is that disability is suffering like no other, and it's suffering we can’t do anything about except by ending people’s lives. It’s a preposterous proposition. Show me one human being who isn’t vulnerable in some way. I would be astounded to meet them.

The rhetorical question, even if not spoken aloud in polite company, then becomes: “Who would want to live like that?” MAiD is becoming the ready-made answer.

“There are times in life when we don’t feel vulnerable because of robust support around us. We’re affirmed and celebrated everywhere we turn. But that can change in a moment, and suddenly you realize you’ve been vulnerable all along. I think we (disabled people) remind people of that, and the more powerful you are, the more powerful you are politically, the more frightening disability is to you.”

Listening to Frazee describe her appearance before the Commons committee, and indeed the rushed resistance she and other MAiD opponents find confronting them, it’s clear she senses such fear as the true driving force behind the re-emergence of a darkly regressive political turn professing progressive bona fides.

For example, when she asked point blank during her testimony “Why Us?” – meaning why would Parliament consider expanded MAiD legislation knowing it overtly targets disabled Canadians ­ – she got no satisfactory response.

“There was a real refusal to go to that question because the answer is self-incriminating. I was really hoping to push them to reckon with the implications of what they are doing. I’m not sure I have the political power to do that in the face of their political expediency,” she says.

“The widespread assumption is that disability is suffering like no other, and it's suffering we can’t do anything about except by ending people’s lives. It’s a preposterous proposition. Show me one human being who isn’t vulnerable in some way. I would be astounded to meet them.”

But ordinary Canadians do have that power, and there Frazee places hope. Her years as activist, educator, writer, poet, disabled woman, gives her the conviction that Canadians genuinely want a more fair, equal, life-affirming country.

“There’s always hope, or you wouldn’t keep fighting. There is enough hope to sustain the fight. But the reversal won’t come from the government. It’s going to have to come from people paying attention to what’s happening in Canada right now with respect to medically assisted death. That’s our real challenge.”