In the hoary Soviet-era joke, Vladimir and Estragon are sipping vodka during shift break at the nuclear power plant when they spy an ad in Pravda for GUM – the Soviet Union’s state department store chain.

Vladimir is jubilant then disconsolate.

“But we haven’t been paid for two months,” he says. “We don’t have five rubles.”

“That’s okay,” Estragon says. “They don’t have any potatoes, either.”

On the surface, the punch line mocked the wreckage of the Soviet economy and smiled on the eternal Russian trait of stoic capacity to survive it. But at a secondary level, it was about the destructive effect of information being perpetually unreliable. The default option becomes to assume that anything presented as truth – pravda in Russian – will always be a lie. Even about potatoes. 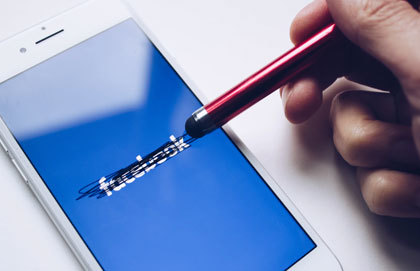 We are obviously not there yet in North America or the West generally. But as my Cardus colleague Ray Pennings has warned eloquently in recent weeks, brushing off the emergent “post-truth” era as just another catchy journalistic framing is a mistake of a potentially devastating order. If we are “post-truth,” as the Economist magazine declared in September, then we face a future where the necessity of stoicism and the toxicity of cynicism will be inescapable. Indeed, they will become seamlessly indistinguishable.

In Canada, of course, the only reason to be unaware of the imminent collapse of the Postmedia newspapers is because you no longer care one whit about newspapers.

In the old Soviet world, that failure of truth was structurally embedded in the political ideology of the age. It is not so in ours. The hallmark of our legal system – innocent until proven guilty – demonstrates the vitality of our insistence on testing for truth. Our politics are of course open to all kinds of windbaggery, but liberal democracy by its nature sorts out hyperbole from mendacity. It countenances the former. It is alive to, and can severely punish, the latter.

The risk to us is not in how we think, but in the structures of how those thoughts are communicated to us as politics and as community. The structures we have developed, managed, and relied upon for the past 150 years or so are in a state not just of flux but disintegration. Post-truth in the form of perpetual unreliability could be not merely a fleeting fashion but an ironically normative outcome of that information chaos.

In the aftermath of the U.S. election, fuss erupted over the planting of false campaign stories on Facebook. But as friend of mine, whose adult life has been spent in various forms of journalism, asked very perceptively: What made anyone expect that information on Facebook should be reliable? Why would you look to Facebook for the truth?

A partial answer at least is that North Americans have already developed the habit of not looking anywhere else. They have done so in a kind of push-me/pull-you fashion, emerging first from their distrust of so-called mainstream media and then the disarray within traditional media outlets that is a direct result of reader-viewer-listener distrust.

In Canada, of course, the only reason to be unaware of the imminent collapse of the Postmedia newspapers is because you no longer care one whit about newspapers. Postmedia’s once-proud papers in the country’s major metropolitan centres have been effectively reduced to limp weeklies. The National Post is a wraith, yet the 80 or so souls left in its shell-shocked newsroom are expected to generate content for the chain’s publications across the country. Prognosis? I will be gobsmacked if the whole enterprise lasts another three years.

Things are barely better elsewhere in the newspaper industry. If that matters at all anymore, it is only because the one entity likely to be left standing when Canada’s media pillars crash to the ground is the CBC. Whether we love or hate the CBC, having it as a sole purveyor of national conversation is not a good thing. It is, in fact, a very bad thing, and not just because of the usual clichés about media concentration. The reality is – though we often forget it – the CBC is a State broadcaster. It is ineluctably bonded for its very existence to the State. It survives only through the State largesse and the State permission that brought it into being.

In the pre-post-truth world where competitive private media kept it honest, the CBC had the necessary leverage to fend off the natural fate of state media elsewhere in the world. What we might call the “Pravda truth” paradigm. But in the day when all truth is post-truth, that is when truth is necessarily defined politically, how long before our state broadcaster becomes cynically indistinguishable from all their state broadcasters?

Were that to happen, and it is hardly mere fantasy to think it might, where will we turn for communication of how we truthfully think? Facebook, I would say, has already been ruled out as a reliable alternative. This is where the post-truth world becomes so dangerous. It does not diminish our desire for potatoes. But it leaves us perpetually uncertain whether potatoes even exist anymore.

Given that vodka traditionally comes from potatoes, what then shall we sip during shift break to soothe our toxically cynical souls?