The first time I heard of Peter Lougheed was just before the last time Alberta changed its government.

I was 16. It was the summer of 1971. My oilpatch family was on vacation in Calgary from England, where we were living. Peter Lougheed was in the midst of his second election campaign—one that would see his Progressive Conservative party capture control of the legislature. This was the end of four decades of Social Credit rule as the incumbents. Alberta then was a much smaller place but it was far from the agrarian backwater that many have assumed it to have been in recent political obituaries.

The political change he led was fuelled by a now aging Baby Boom seeking, in part, a more liberal world than that which the incumbents represented but was most indicative of a new generation taking control of the reins. I do not have the clippings, but it was probably the first time Toronto editorialists declared that "Alberta has finally come of age"—a theme that continues to be repeated every time the truth of their disgraceful ignorance is revealed to them.

Listen to Peter Stockland reflecting on the legacy of Peter Lougheed yesterday on CBC's Cross Country Checkup (browse to 00:53:17)

The years passed. Mr. Lougheed's dynamic tenure as Alberta premier came and went. His legacy, the founding of the Alberta Heritage Fund (into which 30% of resource revenues were to flow), has lingered but has been plundered so liberally by at least three of his successors (by 1987 0% of resource revenues were directed to the fund) that it has barely grown at all and, when measured against inflationary erosion, is a mere shadow of its once impressive power and potential. My life, meanwhile, had returned to Calgary where a reasonably successful newspaper career led to several years of regular lunches with Mr. Lougheed at the Palliser Hotel. The maitre d' always made sure Mr. Lougheed's seat was "his" and mine was not his. But that was the extent of pretense for a man whose quiet presence and lengthy Alberta family roots lent a vaguely regal hint to the rooms he entered. (When I would mention that the Calgary Herald, founded in 1883, was one of the city's oldest companies he would gently remind me that his grandfather's law firm was established some months prior to the establishment of the press). 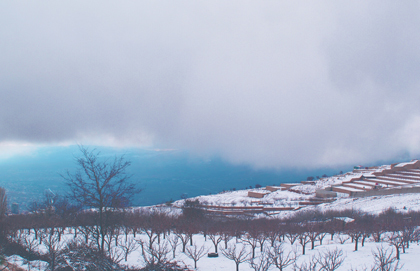 It is hard to imagine that in his years in politics he was not tough. It is a rugged business but also one which, as in the rest of life, causes many people of weaker character to feel that tough must manifest itself in harsh words, raised voices, and various other physical intimidation tactics. We have all faced them and some of us have used them. Perhaps he did, too, but there was little evidence of that in our encounters. Never once did I hear him use disparaging or dismissive language when discussing others in the political sphere. The core of his popularity was neither, as some recall, his progressive side and love for the arts (that was mostly at the urging, he always said, of his wife Jeanne), nor his conservative side. It was that he stood up for Alberta against federal political incursions and eastern corporate domination. His reign has been described by some as the launch of the West Wants In movement that provided the wave Preston Manning surfed all the way to Ottawa. In truth, the West has wanted in since 1905 but there's little doubt it was Lougheed who lit the candle for his generation.

He was the architect of the Charter's perfectly sensible "notwithstanding clause" (yes, the same one that sends many in the current version of his party into a rhetorical frenzy about neo-cons). He slowed the flow of oil to eastern Canada in response to taxation and was vilified for what in modern terms some would see as "firewall" behaviour. Yet he was instrumental in the constitutional accord, the structure of the Charter, and stemmed the tide of western separatism inspired by the National Energy Program (the Western Canada Concept got 12% of the popular vote in 1982).

My impression was always that his worldview was formed when the banks in Toronto foreclosed on his family's Calgary home in the 1930s and, as a boy, he watched. He was wise in his management of this emotion but determined to build a place free from the imperial corporate, political, and cultural centralizers of Canada's Toronto-Ottawa-Montreal axis (my words, not his). He did that through activist government that among others produced homegrown banks, airlines and, most significantly the Alberta Energy Corp which has now grown into Encana and Cenovus, two of the most powerful energy companies on Canada's map. There was never a sense in our chats that he cared about being "progressive" or cared about being "conservative" anywhere near as much as he cared about progress and building a self-sustaining economic foundation that would enhance Alberta's control of its own destiny and give people happier, more prosperous lives.

I know that we are all prone to reinvent in our own image those we and others admired, and to remember them for those ideas upon which we most agreed and therefore spent the most time discussing. Others will remember him differently and view him in their own current reality and, maybe, their own purposes. What we can each take comfort in is that successful politicians always leave you with the feeling they agreed with most of what you said. My take from our lunches was that he was a man who believed in the power of the private sector and innovation but knew that if Alberta was ever going to lead it would need the power of leadership so that the institutions of both the private and the public sector served, ultimately, to improve the common welfare of Albertans and contribute to Canada as a partner and not merely as a colony to be plundered. And he did that through finesse and, to a certain extent, while no one was watching, activism—preoccupied as the nation was with what was going on in Quebec.

Some of that activism was bungled and mismanaged in his wake. But over the years, as the Canadian Pacifics, the Imperial Oils, and many others began to move their head offices to Calgary it was clear Lougheed's mission was being accomplished. I recall a prime minister's speech in the 1990s that congratulated Alberta on its success but also cautioned it to be careful not to upset "the nation's traditional balance." It was a beautiful if troubling articulation of the challenge that Mr. Lougheed and some since have faced as they sought fair and respected status at the nation's table.

Mostly, though, I will remember that even after my tenure at the Calgary Herald concluded, he still called and asked me to lunch when many others didn't. In the years since I would see him at Calgary Opera brunches and he would always ask about my family's welfare. We shared a table at one of these affairs earlier this year, and he wanted to know all about my current labours and whether I was finding them rewarding and leading a happy life.

When he listened, his eyes were bright. When he spoke, his voice was soft.

That's what I remember most about my Blue-Eyed Sheik.

The Highway of Death

But all during the years when the province's books were in outstandingly fine nick and $4 billion was being budgeted for trendy items such as carbon capture and storage, people were dying on Highway 63 It carries more tonnage per kilometer than any highway in the world, transferring massive pieces o...

Menzies but much of the young man's story was hazy and lost in the fog of time But in the days that followed last week's story and contact with the good folks in Gainsborough, the story burst to life ...