Negative stories of abuse scandals or terrorism will always make the headlines, but the good news stories simply need a push. And that push can be unearthed in our own backyards—or, church walls, Longhurst told Convivium recently.

“When we as people of faith complain that the media only tells bad stories, or negative stories about religion, we also have to look at our own responsibility for this,” says Longhurst. “We… have not done a very good job of engaging the media either, of telling our stories.”

Longhurst’s new initiative at the Winnipeg Free Press helps remedy this issue of engaging faith communities and telling their stories. Like Convivium’s own Voices from the Crowd feature, and its predecessor The Thread of 1000 Stories, it connects members of various religious congregations. Key differences are that it is also an effort to bring in funding and increase faith exposure in the regular pages of the daily newspaper. Fifteen faith groups have signed on, raising more than $30,000 to employ Longhurst and fellow freelancer Brenda Suderman.

The project came to fruition after Editor Paul Samyn published a plea committing the Free Press to better serving the members of its greater community. Longhurst, who has been a faith columnist for the paper since 2003, reached out by expressing religious communities were not well served. With the approval of Samyn and Free Press Publisher Bob Cox, Longhurst spent 10 months approaching groups for funding.

With each faith group he approached, Longhurst was clear any money raised would not necessarily mean coverage for a particular faith group. Nor would contributing groups receive special treatment. And if scandal or negative news did emerge, Longhurst would cover it, too.

Since the project kicked off early last year, an average of 18 stories a month run throughout the daily newspaper. The stories appear in virtually every section of the paper. They’re not limited to an exclusive religion page.

"One way to get more people to read the paper is to start writing more about things they care about." 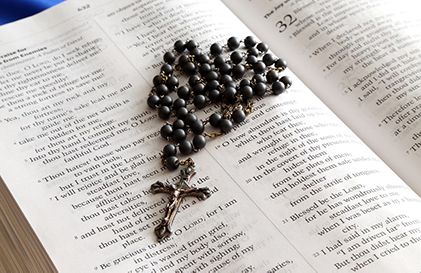 “The best stories from faith communities aren't catastrophic, or aren't scandalous, they're just about people being good neighbours to one another in different ways, and the celebrations, the sorrows that any community, any group of people experience. That's what we've begun to witness.”

Wilson, one of the first people Longhurst approached in his search for funding, believes the project promotes pluralism and ecumenism through greater understanding, as well as representation of faith communities in the news.

“We recognize ourselves in the stories of other faith groups and other community's activities, and we find that very encouraging. A lot of people are uncomfortable talking about religious faith, and their answer to that is not to understand differing faiths, but to just pretend that it doesn't exist.”

While the initiative certainly benefits faith communities by telling their stories, it also bolsters the newspaper in what is a difficult time for the media industry.

Payam Towfigh, a member of the Winnipeg’s Baha’i community, affirms how the connection has been win-win.

“Everybody has skin in the game and it unites people. It has definitely brought the paper closer to the faith communities and created closer relationships that allow more stories to (appear in) the paper, which makes the newspaper more relevant to readership.”

The Manitoba Multifaith Council, an association comprising representatives from diverse faith traditions of which Towfigh is a part, was one of the groups Longhurst approached. He presented the idea and faith leaders asked their respective congregations to deliberate. Belle Jarniewski, executive director of the Jewish Heritage Centre and member of the Multifaith Council, says her community was receptive, and has noticed a significant increase in event attendance since the effort began.

“A lot of people have become aware of these programs in a way that they did not have the opportunity to do so in the past,” says Jarniewski, citing the example of a Holocaust Remembrance event that brought out more than 500 attendees.

Longhurst remains optimistic, considering himself in a privileged place to record the stories of faith communities and further engage their interactions with the media landscapes. The effort has taught him something new about the importance of ecumenism.