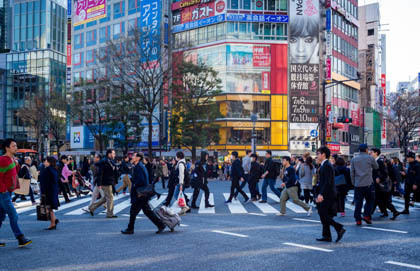 In my office a few metres away from Saint Peter's Square, I keep a photo on my desk. It shows the unveiling of the World Youth Day logo in February 2001 in the presence of men and women representing and working in three levels of government, the Bishops' Conference and the World Youth Day National Office.

The very first thing that comes into my mind when I reflect on my involvement in World Youth Day 2002 is that it was the most intense two-year period in my life, and I've served in some difficult environments, notably the Soviet Union in 1980. After spending a lively three years in Moscow at the end of the '90s, I returned to Canada and shortly thereafter was asked to "help the Church with the government in the organization of World Youth Day." I was just starting a new job in Toronto and it so happened that the priest of my new parish had been entrusted with looking for help. If you didn't believe in the Holy Spirit, this "ask" and many other surprising ways in which World Youth Day challenges were met against many odds would make you wonder about higher forces at work.

Ten years on I am still amazed at how well we pulled off World Youth Day 2002.

Notice the "we": I considered World Youth Day more than just a Church event, and government officials who worked very hard on this for over two years came to see themselves as part of one collective effort. We were in uncharted territory, and on a day-to-day level we were establishing the larger relationship between major players. 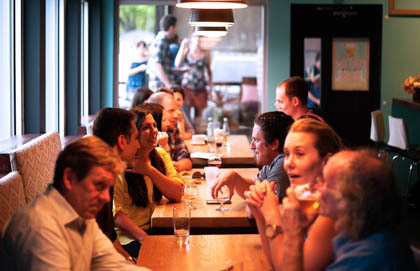 I remember realizing just how the Church and Canadian public administration differ in their organizational culture and structures of accountability. I came to compare this new assignment to a posting abroad where you allow for a period of adaptation to the foreign environment. Even though the Toronto World Youth Day was the 17th such event for its official convener, the Holy See, it was a first for Canadian organizers.

There was no Canadian precedent for a large-scale event that featured civil authorities in a facilitating role for Church organizers! In addition, for Canadians, there was the novel dimension of dealing with the peculiarities of the Holy See machinery.

World Youth Day 2002 was of such a magnitude that it required the support of government services. In Ottawa, Queen's Park and Toronto, the political judgment was rightly made that holding a stake in World Youth Day would benefit not only the immediate participants but the whole country. These contributions were decided on a practical basis and in recognition of the positive nature of the event and of its international participation. One of the best memories I carry of World Youth Day 2002 is the wonderful daily co-operation, even complicity, we established among ourselves, the three coordinators for the federal, provincial and municipal governments. The same goes for the understanding and full support found in all political parties in Parliament and at Queen's Park.

This thought is foremost in my mind now that public manifestation of religion has become an openly debated issue in Canada. World Youth Day 2002 is a powerful illustration that faith can unite across religious groups and cultural communities. Just consider the universally positive reaction of Toronto dwellers of all backgrounds to the hundreds of thousands of young participants who peacefully took over their city for two weeks. Another sign was the generous involvement of different faith groups in World Youth Day preparations. The Church organizers wisely made it possible for all people of good will to contribute to the preparations, and they responded. This inclusiveness was all the more significant given the impact of the shock of September 11, 2001, which we lived through at the time.

I think that one of the gifts of World Youth Day is that it provided a successful precedent of Church and government officials working together toward an outcome that is advantageous to all. Ultimately, personal commitment to a common enterprise seen as a worthy one, no matter one's personal convictions, enabled everyone to go forward.