After Bill 89 passed in Ontario on June 1, 2017, the media ran plenty of inflammatory headlines. “New Ontario law enables gov’t to seize children from parents opposing gender transition,” was just one. This is obviously a terrifying proposition for any parent. So how true is it?

The realities of this new child welfare law in Ontario should be both comforting and disquieting. It’s a longer story, and not one that boils down into a catchy headline quite so easily.

Bill 89 is a child welfare bill. It governs the adoption and foster care laws in Ontario. One of the impetuses for updating the Child and Family Services Act was the murder of a seven-year-old girl, Katelynn Sampson, by her guardians, while under the watch of the Children’s Aid Societies (CAS) in the Toronto area. This type of tragedy is a big part of why we have child welfare laws in the first place.

In Ottawa today, there are about 450 children and youth who are under the care of the CAS. About 150 of these children will age out of the child welfare system, without a family. The reality for these kids is not that their parents held a counter-cultural view on gender or sexuality. For the most part, these kids are abandoned, or their parents abused them, or were addicted to drugs, or other egregious infringements on childhood.

How then did the talk around removing children for conflicting views over gender identity arise? The new bill imports a list of rights from the Ontario Human Rights Code for consideration in child welfare cases. There’s a long list of items Bill 89 includes for social workers to consider in determining the best interests of the child. But including the Ontario Human Rights Code means including the following: “A child’s or young person’s race, ancestry, place of origin, colour, ethnic origin, citizenship, family diversity, disability, creed, sex, sexual orientation, gender identity and gender expression.”

There are those terms, “gender identity” and “gender expression,” which are becoming more pervasive every day.

The evolving culture we live in, where dramatic changes to our families and social fabric are made seemingly more quickly than new fashion trends are established, is one where parents need to be ever vigilant. Parents need to know their child’s teachers, be aware of what is being taught, be prepared to counteract that in some cases and, if necessary, be prepared to remove a child from a particular school. This is as true post-Bill 89 as it was before.

The evolving culture we live in, where dramatic changes to our families and social fabric are made seemingly more quickly than new fashion trends are established, is one where parents need to be ever vigilant.
Related Stories 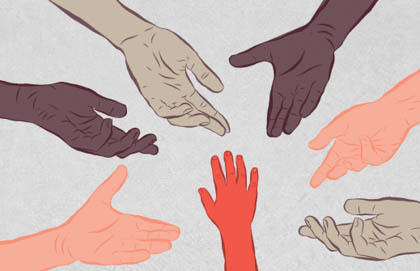 When Four Good is Too Bad

If you are in an intact marriage, raising your own biological kids, and are currently not engaging with Children’s Aid in any way, you have no more to fear from Bill 89 than before.

Even if you aren’t, there are a host of factors social workers need to assess when they receive a complaint about a child’s environment.

That said, there is now and always has been the possibility that children can be removed from the home. This state power has existed ever since child welfare laws were adopted in the late 1800s.

Is it possible that a perfect storm situation could evolve? Let’s say a child has gender dysphoria. Perhaps the parents themselves don’t agree on how to treat this situation; or perhaps they disagree with gender change as an idea in the first place. If a child meets with an ideological teacher, one who encourages the child that his or her true self lies in being the other sex, then conflict between the parents and the child could be heightened. Under these circumstances, the child, or the teacher could make a complaint about the child’s rights not being respected. When Children’s Aid receives a complaint they assess whether it is a high priority or not. If the social worker with CAS is also ideological, then this completes the perfect storm—and there could be concern about a child being removed from a home.

Practicing Christians are more likely to disagree with the current gender ideology so this could, in theory put them at heightened risk. Still, there are many other parents who do not agree and it’s wise not to create an “us versus them” mentality, of Christians against the world when consensus with others can be found.

Finally, some strange scenarios have already arisen, as in the case of the Hamilton couple who had their foster children removed from their home purportedly because they refused to say that the Easter Bunny is real. That one, and others like it, happened before Bill 89 became law.

The most serious and immediate risk from Bill 89 is that parents who hold counter-cultural views will be less likely to be chosen as foster or adoptive parents. The other serious risk of Bill 89 is that it doesn’t have the ability to do what it sets out to—which is to improve protections for children and youth in the child welfare system. When Katelynn Sampson died, there was an inquest into her death and a host of recommendations were made, few of which were implemented in Bill 89.

The way in which we treat children in our society matters. We aren’t doing terribly well, starting with the killing of children in the womb, to which most Canadians turn a blind eye, extending into fantastical and unscientific ideologies governing what biological sex is, to a recent federal commission report on pornography, which, against much of the witness testimony, diminished the harms posed by pornography to children, through to child welfare, where abuses both in the child welfare system and family abuses outside it, happen more regularly than they should.

The best defence against the abuse of child welfare laws is to try to diminish the need for Children’s Aid Societies to ever get involved. This is the long term project of Cardus Family—to inform and educate on stable families, to encourage stable families to thrive and to diminish the conditions where families fall apart. This difficult task also remains the same, both before and after Bill 89.

When Four Good is Too Bad

Another point: There is a research consensus that children fare better when raised by their own, biological married parents A valid concern post Bill 28 is that the complexity of four parents will leave kids high and dry in a world where families are already so often far away from the idea...