The Canadian Council of Christian Charities and the gay rights network LGBTory could not, at first blush, appear to have less in common.

The Four Cs, as the Council is known, is Canada’s largest formal association of Christian charities with more than 3000 member groups. It describes itself as “evangelical in identity, ecumenical in service.” Its tagline is “advancing ministry together.”

LGBTory is a loose affiliation of conservatively minded gays who “share a belief in the fundamental principles of individual liberty, personal responsibility, freedom of expression, reward for hard work, a free-market economy, and democratic government.” It formed in 2015 initially as a way for conservatives to march in the Toronto (and later Ottawa) Pride Parade.

Yet different as the two associations clearly are, they have independently, and in strikingly similar ways, raised alarms over what would seem at first blush to be the most innocuous federal government initiative imaginable – the Canada Summer Jobs Program.

“It confirms the group think within government halls that says we’ve got to limit any government program that, in any way, supports religious communities and opinions the government doesn’t like,” says Barry Bussey, director of legal affairs for the Four Cs. “We’re not making any commitments, but we’re seriously evaluating a legal challenge.”

“Funding should not be used as a tool to silence critics…no government should set itself up as the arbiter of moral values,” says Eric Lorenzen, vice-president of communications for LGBTory. “This government (policy) is misguided and dangerous.”

Group think? Legal action? Silencing critics? Misguided and dangerous? Student summer jobs? One of these things does not belong with the others. And, until a few weeks ago, it didn’t.

Canada Summer Jobs has been a way for local MPs to channel worthy applications through the bureaucracy to help small businesses, non-profits, and charitable organization employ student workers for various summer projects. Alas, in late December, under the obscuring fog of Christmas, the Liberal government changed the very nature of the program.

Group think? Legal action? Silencing critics? Misguided and dangerous? Student summer jobs? One of these things does not belong with the others.

It announced that all applicant employers would henceforth have to sign a form binding them to the government’s understanding of “Charter values,” meaning unquestioning support for so-called reproductive rights, gay rights, transgender rights, and other cherished progressive causes. Those who couldn’t in good faith sign the government’s covenant were told not to waste their ink on the application itself. It wouldn’t even get into the bureaucratic mail stream.

So, churches that still teach marriage is a heterosexual institution? Uh, sorry, no, no, and never….Charities that insist subjecting teenagers to surgery in the name of trans-gender rights might need a little more public debate? Tough luck. Pro-life groups? Take a pill. Please.

The changes have drawn some media attention, but anyone with an ear to the ground could hear tectonic rumbling from those affected – others might use the word “targeted” – groups, including the Four Cs. Numerous groups are working furiously to craft pushback strategies, including possible legal action. 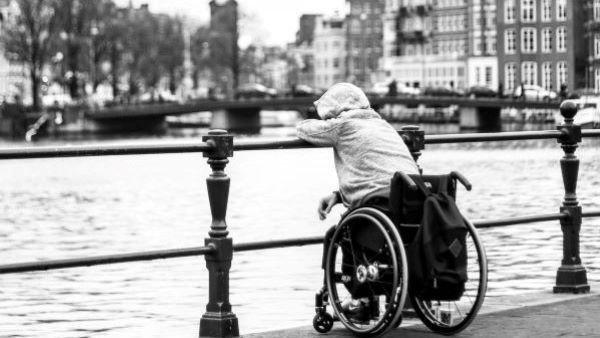 Progress Against MAiD
What's next for Canada's Office of Religious Freedom?
This Budget’s For You

On Dec. 27, LGBTory publicly joined the push back by issuing a condemnatory press release that had attracted zero mainstream media calls until Convivium spoke with Eric Lorenzen.

“In a nutshell, it’s a free speech, free thought issue for us,” Lorenzen says. “ We’ve always maintained a position that we respect religious freedom, and the freedom of people of all religious beliefs. Our position is that no one is forced to belong to a particular church or mosque or synagogue. You’re free to leave and go to a congregation that’s more amenable to you.

“But you don’t have any choice about being a citizen, which is why the secular apparatus of the State must be neutral. We totally respect the rights of religious organizations to hold whatever beliefs they have as long as they’re legal, as long as they’re non-violent.”

Indeed, he says, LGBTory activists agitated at the 2016 federal Conservative convention to have the party drop its long-standing opposition to gay marriage – provided the rights of religious groups were safeguarded from coercion to perform or accept those marriages.

“We know the shoe could be on the other foot very easily. Within my lifetime, you couldn’t work for certain branches of the federal civil service if you were gay. Gay newspapers and magazines were confiscated and shut down because they violated public policy.

“It’s conceivable that in future we could have a government that’s hostile to LGBT interests, with policies coming out of ministries that are hostile to us. So, we have to be really careful about any policies like (the Summer Jobs changes) that silence certain groups.”

If the issue were strictly the Canada Summer Jobs program, Bussey says, it would be possible to see it as a tempest in a teacup.

“But the reality is we’re going to have an absolute tsunami of government programs being re-evaluated as to whether or not various organizations get government accreditation, government licenses, government funding, you name it. It’s draconian where we’re headed,” Bussey says.

That prediction is based at least in part on having just been one of the lawyers arguing in the Supreme Court of Canada last November for the right of Trinity Western University, as a private institution, to set Christian conduct standards for applicants to its proposed law school. In that case, and with creeping frequency elsewhere, Bussey heard the foundations of Canada’s Charter of Rights and Freedoms being replaced by an amorphous construct called “Charter values” that actually override rights and freedoms.

“We need to be very mindful of this buzzword of Charter values, which some groups argued in the Trinity case can be used to take away Charter rights,” he says. “What’s exasperating is that the Charter values are themselves such vague platitudes that nobody knows what they mean. They just become part of the ideological shift that’s going on.”

Much of that shift, he warns, comes from inscrutable and deep-seated hostility to religious belief itself, both at the political level and deep within the federal bureaucracy.

“There’s a mindset that detests religion, and I think it absolutely saturates the government now. It’s the whole postmodern mindset that, at the end of the day, what matters is gaining power, then you can implement your Utopia. At the end of the day, the one who gets to define (Utopia) is the one in power. There’s no allowance for anyone to be different. There’s no pluralism here.”

Or as LGBTory’s Eric Lorenzen puts it using different words express similar concern: “We can’t just have cabinet ministers deciding what Canadians can and cannot believe.”