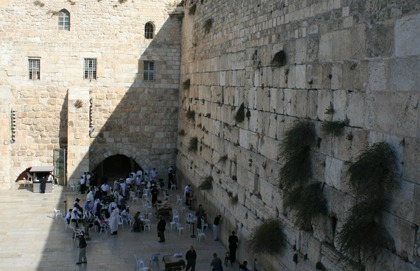 I object to the article by Father Raymond de Souza concerning the visit of Prime Minister Harper to Israel ("Sea to Sea," February / March 2014). I am not just complaining as an abused taxpayer who had hoped for a less partisan visit. Harper was effusive in his praise of Israeli democracy and Israeli respect for human rights, and de Souza likewise.

However, some three million Palestinian Arabs have lived for the last 47 years in de facto Israel, Judea and Samaria according to official Israeli maps (the West Bank as defined by the green line has been replaced by "facts on the ground"). These Palestinians are continually subject to the harshest aspects of Israeli law: house demolitions, expropriations, destruction of olive groves and farmland, water restrictions, inadequate protection from armed Israeli settlers… one could go on. Palestinians living in Judea and Samaria have no vote with regard to the laws that oppress them nor do they benefit from the favourable Israeli labour laws. Apartheid is what this has been called in the Israeli newspaper Ha'aretz. This also, to cite Harper, is a "civilizational test" and a "parable for all nations." The Christian contingent on the trip was not strangely chosen despite what de Souza maintains: excluded were those who might recognize that Judean and Samarian Palestinians do not live in a democracy.

Of course, a peace process was supposed to lead to citizens' rights for Palestinians in the former West Bank. The last several Israeli governments, including the current one supported by Harper and de Souza, have increased the rate of Israeli settlement in the occupied lands, deliberately making the formation of an independent, contiguous Palestinian State more difficult, if not impossible. Harper, in effect, encourages the current Israeli government to snub the Kerry-U.S.A. peace process in order to make democratic resolution of the Palestinian problem even more difficult.

In my opinion, this is not the action of a friend of Israel. There are not a huge number of options if Israel truly wants to be a democracy: give all Palestinians on occupied land citizens' rights or give them the land so they can muddle on by themselves. Of course, security is a huge consideration, but making the Palestinians suffer and creating more settlements on land that could become part of a Palestinian State does nothing to improve security. Democracy would make the Middle East a safer place. Difficult to achieve among Islamic societies; even more difficult if the main local example of democracy makes life miserable for most Palestinians. 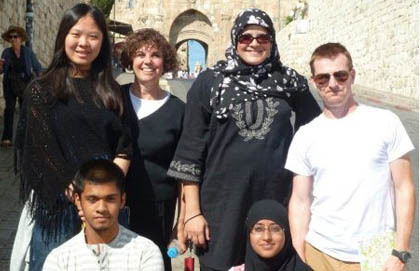 Walking ‘the path of Abraham’
What's In A Name?
Connecting the Core of Judaism

Father de Souza wonders why Christian Palestinians view the creation of Israel in 1948 as the naqba catastrophe. One might as well wonder why Jews haven't forgotten being deported from Spain. I suggest de Souza and Harper talk to a Palestinian whose family has been dispossessed and deported—there are many in Canada.

Father de Souza approves of the "aboriginal" theory to justify Jewish return to the Holy Land but confuses genetics with religion (intertwined though they are for most Jews). Many, if not most, oppressed Muslim Palestinians (and Christians) living in de facto Israel share similar chromosomal traits with Jewish Israelis, implying they are equally aboriginal. A democracy does not recognize rights by looking at chromosomes. Most peoples of the world live where they do now by conquest and the best way to recover from past wrongs is by recognizing equal human rights for all.

Harper is, however, quite right to note, in so many words, that the foundations of democracy are Jewish. We are all made equally in the "image and likeness" of God. Human freedom (free will), respect for God-given law as something good, the precedence of justice over power, the obligations of the wealthy towardss the poor: these are the transcendent foundations of today's democracies. All are revealed in the Jewish Bible even if in a seemingly confused and contradictory manner.

Of course, I agree with Saint Paul that God's Covenant with the Jews is irrevocable. Father de Souza writes that this Covenant is congenial with the formation of a modern, powerful secure State in the Holy Land. But this is to avoid the critical point. Can a Jewish democratic State continue to oppress Palestinians for another 47 years? Do Jewish rights trump Palestinian rights indefinitely? There is urgency in these questions as soon Jews will be outnumbered by non-Jews in what is now greater Israel. Surely Saint Paul and the Covenant are not about States and borders but the manifestation of a Light to the Nations, salvation intermittently announced on local billboards by my Jewish neighbours as the Mashiach (Messiah).

Finally, friends are most needed in difficult situations. If the Catholic bishops had had good friends some decades ago, they would have pointed out that sex abuse had to be rooted out urgently and publicly. I suggest that if Harper and de Souza are in fact friends of Israel as a democracy, they should encourage hard, uncongenial decisions now.