In the August-September issue of Convivium, Professor Natasha Bakht, of the University of Ottawa, wrote that Muslim women have the religious right to cover up. She describes the Canadian reaction to the niqab as "illogical" and "bias-laden." I don't know about illogical, but there is a bias. And that bias is in favour of promoting and protecting Western culture.

Former Archbishop of Canterbury, Lord Carey of Clifton, recently lamented: "For too long we have been self-conscious and even ashamed about British identity. By embracing multiculturalism and the idea that every culture and belief is of equal value, we have betrayed our own traditions of welcoming strangers to our shore."

Canada, like all Western countries, is founded on the same principles as Britain. We have opened our doors to embrace "the other." But there seems to have been a misunderstanding. Inclusiveness does not include the right to destroy, from within, a culture that is open. It is not incumbent upon our culture to accept all the values of another in the name of tolerance. Rather, it is incumbent on the other, who has chosen to come to the West, to be open to all of its possibilities. And it is up to the host, to assist in every way possible, to help newcomers to let go of the ties that enslave them to their past in order that they can embrace the freedom that the West embodies.

Western culture sits on the foundation of ethical monotheism, the Judeo/Christian ethic given in the desert, in the wilderness, publicly and openly, in a place to which no one had any claim. "Everyone who desires to accept let him come and accept." (Mekhilta, Bahodesh 1) The ethic has evolved over thousands of years. Yet, ironically, the seeds of destruction of Western civilization lie in its basic principles of free will, freedom, security of person. Democracy is fragile. We have within us an innate fear of freedom, what Erik Fromm calls the "flight from freedom." This is an old story, from the Hebrew Bible, told in Exodus.

The Exodus of the Jews from Egypt and their journey into the wilderness teaches us about our fear of the unknown, of free will. Fear of freedom too often leads to submission.

Fyodor Dostoyevsky, in his 1880 novel The Brothers Karamazov, explored submission. In his parable within the novel, The Grand Inquisitor, he writes about the burden of freedom. Jesus comes to Seville, Spain, at the time of the Spanish Inquisition in the late 15th century. He is taken prisoner by the Grand Inquisitor and questioned. 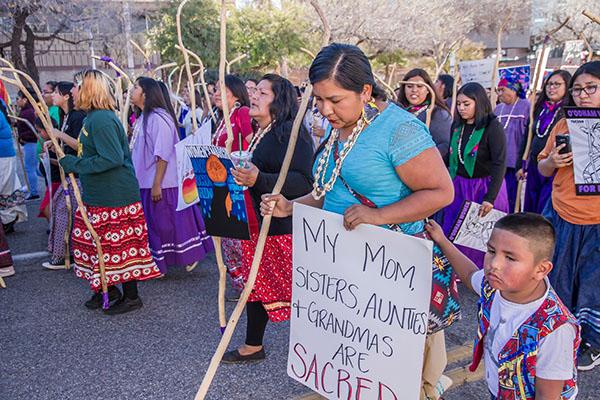 As John Gray wrote in his 2002 book Straw Dogs, "The Grand Inquisitor tells Jesus that humanity is too weak to bear the gift of freedom. It does not seek freedom but bread—not the divine bread promised by Jesus but ordinary, earthly bread. People will worship whoever gives them bread, for they need their rulers to be gods. The Grand Inquisitor tells Jesus that his teaching has been amended to deal with humanity as it really is:

"We have corrected Thy work and have found it on miracle, mystery and authority. And men rejoiced that they were again led like sheep, and that the terrible gift that brought them such suffering was, at last, lifted from their hearts."

Multiculturalism is a misnomer. Yes, Canada is a diverse country, but in ethnicity not culture. We are one culture. While Western culture, based on the Judeo/ Christian ethic, has evolved over time improving on the implementation of equality for all, for we are all God's children, Islamic culture, a culture based on submission, appears to be devolving at least as far as women's freedom is concerned. While the majority of nuns are no longer wearing a habit, and more Christian and Jewish women in Canada are taking on positions once held only by men, women in Islamic countries have been losing their freedoms. One just need look at photos of Muslim women in the 1970s and compare them to today.

A culture of freedom cannot open its doors to a culture of submission. And make no mistake: This is a question of culture, not religion.

The niqab is not a religious requirement of Islam. For some it is a symbol of empowerment, for its explicit rejection of Western values and its implicit meaning as a status symbol; many Muslims see the veil as a sign of distinction.

But I turn to Sheikh Ahmad Kutty, a senior lecturer and an Islamic scholar at the Islamic Institute of Toronto, who deferred to Ibn Abbas, the famous Companion and the Qur'an exegete, who said: "‘It means face and hands.' In other words, according to Ibn Abbas, a woman must cover all her body except her face and hands while in the presence of men who are not related to her directly." While Professor Bakht tries to justify wearing a niqab in court, at citizenship ceremonies, when voting or in public service, the niqab, by its very nature, is intrinsically objectionable in a democracy. It is a symbol, diachronically and synchronically, of suppression and oppression and the statement that women are "lesser than." Whether a woman is forced to don the niqab or chooses (although how would we ever know for certain that the woman was not coerced by her family?) there can be no justification for covering one's face in a democracy.

Rousseau's social contract, one of the building blocks of democracy, is the agreement with which a person enters into civil society. "The contract essentially binds people into a community that exists for mutual preservation. In entering into civil society, people sacrifice the physical freedom of being able to do whatever they please, but they gain the civil freedom of being able to think and act rationally and morally." The social contract by its very nature requires trust.

And here in the West much of that trust has developed because we recognize, we "see" one another. Police, judges, members of parliament, all those in public service are uncovered. Democracy, sui generis requires that for the ability to trust.

A niqab does not meet the standard for the social contract. It denies me the very basic right to see you. And that right to see you must trump a "religious" belief that a woman must or should cover her face.

I fear if women in Canada are choosing to wear a niqab, then it speaks to the very failure of the ability of our culture to inculcate the great legacy of freedom to our citizens. It behooves us to follow the advice of Lord Carey. We must "recover a confidence in our nation's values."

Convivium’s Rebecca Darwent talks to producer Mike Schouten about The Missing Project documentary, which fills in the blanks on the 50 years since Canada’s abortion law was overturned and then abandoned entirely.