In January 2014, about 100 people gathered in a church basement in Burnaby, B.C., to witness a public conversation between an Anglican and a Roman Catholic theologian. This was followed by animated discussion at each of the tables for about 30 or 40 minutes. During the following four months, two more such meetings were held. Same conversation partners; same number of people; somewhat different audiences. Sometimes in a Roman Catholic church; sometimes in an Anglican church. The series of three public conversations was called "Meet the Relatives." Aside from a common clergy day the previous year, this was the first public encounter between the Roman Catholic Archdiocese of Vancouver and the Anglican Diocese of New Westminster in 10 years. Some would say a miracle had taken place.

In committing the Church to the ecumenical effort, the Second Vatican Council was acting in obedience to the will of Christ, who prayed for the unity of His Church. But it was also aware that ignoring the division between the churches not only went against the will of God but also thoroughly discredited the proclamation of the Gospel and therefore handicapped the fundamental mission of the Church in the world. The Church's witness about unity simply loses credibility.

The preparation for the events on the West Coast was done by a committee comprised of representatives from both churches. We wanted something not too heavy, not too theological. We were keenly aware that it was not up to us to resolve the key issues separating us. That was above our pay grade. So why did we do it? What were we hoping to achieve?

Ecumenical dialogue can easily slip into rote-action committee work, something we do out of habit, perhaps even out of a sense of duty. Very easily, we lose track of what brought us to this in the first place and we become experts or professionals of dialogue. But sometimes an element of genuine humanity appears and we recognize in the other the face of the one who gives meaning to our lives. And then we realize that our separation ought not to be; that it is, in fact, sinful. We also felt that we had no choice in the matter: it was a question of obligation. We could only obey. Also, this was not an interesting event that we could put on in order to justify our ecclesial structures. This had to do with the heart of our faith. Our committee was lucky in this way. We realized what we wanted to do was to provide people of both churches an opportunity to meet, to have an encounter. This was within the realm of possibility. Our method was to be friendship.

It was decided that I and Rev. Dr. Richard Leggett, professor of Liturgical Studies at Vancouver School of Theology and rector of Saint Faith's Anglican Parish in Vancouver, would be the designated participants in three public conversations, each one to be followed by moderated table discussions. The two of us would spend time together, over lunch, to get to know each other. Friendship was becoming less abstract.

The objections were also becoming less abstract. Here I was, getting friendly with the enemy. It wasn't like that, of course, but I had, no, I felt the obstacles arise in me. What was I getting into? Would I have to compromise? What are my responsibilities as one mandated by the Archdiocese? I can't really be a representative without becoming personally engaged, unless the issue discussed becomes my issue, unless my freedom is at play. What was I risking? 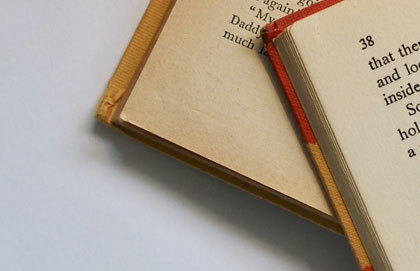 More than anything, this realization made me aware of my powerlessness in this dialogue. Despite my so-called professional expertise, I was afraid. I did not really want to be engaged; I did not want to take the risk. Part of me was convinced that we were right and they were wrong, so why bother? On the other hand, if I was certain, why was I afraid? What kind of certainty was this that prevented me from sharing with anyone but those who thought like me?

Then something happened. Something unexpected. As we started meeting, I discovered that my opposite was human. That is, he had desires, loves, fears and struggles. Over time, I discovered a heart similar to my own. I discovered someone like me, yet not me. At this point, my objections were more difficult to hold. He was still "wrong," but I wanted to understand why he believed what he believed. More importantly, I recognized in him the same attachment to Christ that I sought in my own life. This was a hint of the riches that Lumen Gentium alluded to. I wanted to understand the history of the separation between our churches — our attempts at dialogue, our various agreed statements — no longer theoretically or ideologically but in light of the face before me in its full humanity. I wanted to learn or re-learn the history personally.

I understood the significance of recognizing each other's Baptism. The point is Christ has claimed both of us equally. If this is so, then Christ is visible in us. I can learn about Christ, and therefore draw near to him, through this other sitting across from me. Thus, the theme of our first public conversation was "One in Baptism." It focused on the implications of the awareness of the mutually recognized Baptism. Striving for unity is not an option or nice addition to my own sense of identity but is rather an obligation and even a necessity. I may be afraid, but I really have no choice in the matter. It follows from the fact that I belong to Christ and so does he. In fact, not doing anything about our separated state affects my own belonging to Christ; it is taking part in a sinful state of affairs.

Two other points of reference were also helpful to me. One was the groundbreaking dialogue between Hans Urs von Balthasar and Karl Barth in the late '40s and early '50s, where the faith of the two theological giants generated a beautiful friendship in Christ. The point of their dialogue was not to get the other to come to their side; it was not to change the other but to seek, through dialogue, a stronger grasp of the truth that is Christ. The other was a proposal by Paul Murray, a theologian from Durham University, for a renewal of dialogue that had hit a dead end. His idea is expressed in the book Receptive Ecumenism and the Call to Catholic Learning. Murray's suggestion is that we start dialogue not with "Let me explain this better; you don't understand" but with "What can I learn from you?" As with many great ideas, it's surprising that no one thought of this before. The two points of reference are complementary, of course, in that both positions prefer the truth to their own conception.

A document put out in 2007 by the International Anglican-Roman Catholic Commission for Unity and Mission titled "Growing Together in Unity and Mission" served as a further point of reference to our meetings and our conversations. It also begins with the common starting place of Baptism. From there, everything flows. Any attempt at resolving differences that does not start with the belonging to Christ that stems from Baptism will result in some form of false irenicism.

After the first public event, the tone of our individual preparatory meetings changed. A new awareness enveloped us. It was as if the event took over and the friendship pulled us in. There was no question of pulling out. We discussed possible themes for the second event and, with the committee's approval, it was decided to tackle some of the "big ticket" issues. We focused on the Eucharist. Our aim, of course, was not to solve the issues surrounding the obstacles preventing us from celebrating the Eucharist together — mostly the issues surrounding differing views about ordained ministry. Rather, we wanted to point together to what was most dear to us; we wanted to direct our attention to the object of utmost desire in our quest for unity, namely, the presence of Christ. We called the second conversation "The Eucharist: Growing in Pain and in Hope."

The response was good, but not quite as enthusiastic as for the first event. Some wanted clearer progress on the issues, as though that was within our power. The emphasis on "pain" seemed defeatist to others who wanted to focus on more positive aspects of things we share in common and things we can do together. The emphasis was shifting towardss mission.

The third and last public event, held in early May, was titled "Growing Together Through Shared Mission." We took our cue once again from "Growing Together in Unity and Mission," which lists many points of common activity and shared mission at the grassroots level. Our suggestions included joint study of materials published by the two churches, common witness, familiarization with each other's liturgical practices and joint prayer. Under common witness, we included joint initiatives to promote social justice, eradicate poverty and care for the environment (e.g., food banks, meal ministries); joint statements on important social issues and areas of common concern (e.g., homelessness, seniors); joint commitments to shared participation in the ongoing process of Truth and Reconciliation with First Nations; and joint initiatives in our relations with members of other religious communities.

When asked during the public conversation what I thought was most important in our experience of ecumenical dialogue, I immediately thought of the changed self-awareness brought about through my engagement in the dialogue. I meant not only the overcoming of the initial fears and preconceptions, not only the discovery of the humanity of my conversational partner, but through all this, the discovery of the presence of Christ. This awareness of Christ's presence makes it absolutely obvious that the ecumenical project is not our project; that is, it is not dependent on our efforts, as necessary as these may be. We are powerless to bring unity about, and this powerlessness, that is, our dependence on Christ, must be at the heart of our common witness to the world. >

Convivium regular contributor Josh Nadeau asks a quartet of Canadian literature-makers about the legacy of Nobel Prize winner Alice Munro, whose first collection of stories was published 50 years ago.

The Land of White Silence

Economic impact is one of religion’s less-talked-about features but Stephen Lazarus writes that there may be at least $67 billion of Canadian GDP worth discussing.