I suppose that if the birth of the Duke of Cambridge warrants messages of congratulations from Presidents and Prime Ministers, clergy and celebrities, and millions of social media followers around the world, adding Cardus's voice seems socially polite. We celebrate with Prince William and the Duchess of Cambridge the gift of new life. Human birth occurs approximately 370,000 times each day; each brings into the world an image-bearer of God and is a miracle to be celebrated. As Kate noted while she beamingly showed her baby to the world on the hospital step photo-op, they shared this very emotional and special experience with new parents everywhere. Those privileged to experience parenthood remember the unparalleled experience it is.

That said, it must be acknowledged that the news coverage of the Royal Baby has seemed absurd. Writing this, I am sitting in a hotel lounge in St. Paul's, Minnesota and the lobby television has for the last hour had its cameras focused on a closed hospital door. Isn't this the USA? Aren't these the folks who threw their tea in the ocean to rebel against the taxes demanded by the British throne? Don't they still celebrate their Independence each year? There's no one around so I take the remote and skim through the channels—there are no less than three American networks providing live coverage. I figure there must be some republican rain which I can find to fall on this parade, so I ask the server for her thoughts. Soon, her over-the-top excitement and awareness of every detail has me wondering if she might be one of the first-time aunts.

It's irrational fairy tale excitement, to be sure. What's going on? A romantic vision of a prince charming, a princess, and a newborn in the castle? A redemption story of a new generation of royals salvaging a royal brand tarnished by Diana's death? A cleverly designed marketing campaign which has figured out how to translate an alternative form of reality television into cold hard cash? An escape from the tawdry uninspiring electoral politics to which we might otherwise have to pay attention?

Over on the First Things blog, Collin Garbarino provides a deeper explanation. He suggests that humans are hard-wired to want a monarch. 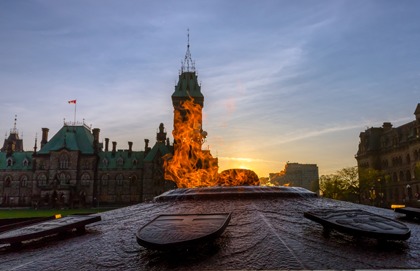 Part of the Problem with Politics is You
Does Successful Leadership Require Distasteful Characteristics?
When Democracy Loses its Moral Authority

"First, people expect their king to rule them. Second, they expect their king to protect and save them from their enemies. Why did the ancient Israelites demand that Samuel choose for them a king? They wanted to be like all the other nations (like I said, it's human nature to want a king). But how? They said, 'We will have a king over us, that we also may be like all the nations, and that our king may govern us and go out before us and fight our battles.' The king fights for the people.

"Ruling yourself and fighting your own battles is hard. We'd rather not do it."

I think there is something to Garbarino's thesis, although I would want to nuance his argument with some consideration of how sin causes us to rebel against the authority that we need. But this isn't the space for anthropological debates.

The excitement here is more than fairy tale. I have previously used this space to defend why I am a defender of the merits of constitutional monarchy. What I appreciate particularly is its recognition of the limits of democracy. There are principles beyond the state or the government of the day, or of "we the people."

The monarchy isn't about fairy tales. It is not immune to the fads, popular opinions, and the deeds or misdeeds of the person on the throne. When monarchs cease to uphold core principles, they no longer deserve our loyalty. History shows that royal dynasties are doomed to crumble. Yet the historical fact is, they last longer than most other human institutions.

On this side of the eschaton, we need human governments. Canadians are blessed to live in a setting where ours are established within the framework of a constitutional monarchy, whose establishment long predates the formation of Canada as an independent state. The birth of another heir and successor to the royal throne is a reminder of those principles. We don't get to vote on those principles any more than we get to decide whether it will be George Alexander Louis or his younger sibling who will rule us. The line of succession is clearly established.

Part of the Problem with Politics is You

The sort of castigation that dominated my social media feed last evening regarding the legacies of both Premier Redford and Minister Flaherty reminded me that the problem of contemporary politics is as much a problem of citizenship as it is of leadership Premier Redford is not a witch whose politica...

But, as low voter turnout and other markers of cynicism will indicate, in our living memory Canada has not had a successful Prime Minister (success being defined as longevity here) who shied away from exercising distasteful character traits in order to cut through a difficult situation and ultimatel...