Other commentators have noted that when it comes to poverty alleviation, Bill Gates’s billions have not sat idle. Last year, Gates, whose net worth is about $107 billion, gave $35 billion to charity. Given the uninspiring track record of government programs to fight poverty, those billions would likely do more good for the world’s poor left in the hands of Bill Gates than taxed away by politicians like Bernie Sanders. The most progressive state, after all, is California, and its poverty rate, according to the Supplemental Poverty Measure, is the highest in America. Its homelessness rate of 329 per 100,000 people is more than twice as high as the rest of the country.

Importantly, however, the case against increasing taxes on Bill Gates does not rely on the ineffectiveness of government spending to help the poor. Nor does it rely on Bill Gates donating billions to charity. Rather, the case against taxing away more of Bill Gates’s billions is that the vast majority of the good done by Bill Gates has been through the accumulation of his $107 billion, rather than through whatever charitable causes this money might fund. The focus should not be on how the money of billionaires should be spent to achieve the most good. It should be on encouraging billionaires to create billions of dollars more in wealth. 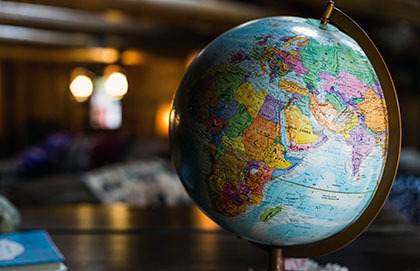 William Nordhaus, a Yale University economist (and a winner last year of the Nobel Prize for his work on climate change economics), reported in a 2004 study that “only a minuscule fraction of the social returns from technological advances over the 1948-2001 period was captured by producers, indicating that most of the benefits of technological change are passed on to consumers rather than captured by producers.” Specifically, he found that in the non-farm business economy, producers captured on average only 2.2 percent of the total benefits from their innovations. The other 97.8 per cent was enjoyed by consumers.

Suppose Bill Gates’s innovations are similar in nature to those in Nordhaus’s study. In order to earn $107 billion, Bill Gates would have made the rest of society richer by some $4.9 trillion (about $6.4 trillion in Canadian dollars). Even if charities and the federal coffers never received a dime of his income, he would still have done far more than just about anyone else in the world to improve standards of living for ordinary people, including those who are relatively poor.

The reason targeting Bill Gates’s $100 billion is such a hazardous affair is that if innovators know their $100 billion will be taxed away, they won’t put anywhere near as much effort into creating the $4.9 trillion in wealth for everyone else. Even supposing Bernie Sanders wanted $50 billion instead of $100 billion – it would increase the wealth to everyone else by a mere one per cent (an extra $50 billion on top of $4.9 trillion), but would reduce by nearly 50 per cent the financial incentive to Bill Gates of creating all that wealth.

Raising taxes on Bill Gates and other super-rich innovators is unfair to the greatest benefactors of society. But on top of that, it is also a foolish gamble. Risking $4.9 trillion to get another $50 billion or $100 billion just isn’t worth it.

Importantly, however, the case against increasing taxes on Bill Gates does not rely on the ineffectiveness of government spending to help the poor. Nor does it rely on Bill Gates donating billions to charity.

Matthew Lau argues setting the ideal annual number of newcomers to Canada makes as much sense as predicting the number of ice cream cones Torontonians will eat on the weekend.

Without artificially low interest rates and accommodative central banks willing to "monetize" large swaths of government debt by printing money, governments would be more constrained and there would be greater financial discipline imposed on governments through higher interest rates But what happens...