According to the Catholic liturgical calendar, November begins with solemn feast of All Saints. It is the feast day of that “great multitude which no man could number” (Rev 7:9) gathered around the heavenly throne. The Catholic and other Christian traditions have thousands upon thousands of formally canonized saints, which is entirely fitting, as the purpose of being a Christian disciple in holiness in this world and the next. To be in Heaven is to be a saint, which means that the mission of every follower of the Lord Jesus is to be a saint, transformed by the marvelous workings of His grace.

The total number of those in Heaven – “of all nations, and kindreds, and people, and tongues” – is far greater than the roll of those formally canonized. And thanks be to God for that, as both thee and me want to be in that number – as they sing in New Orleans and perhaps (!) in the Heavenly liturgy – when the saints go marching in.

Last month in Rome the patron of our Newman House at Queen’s University, where I have spent my entire priestly ministry, was declared a saint. It was a day of great joy, as I have long read his works, sung his hymns, prayed his prayers. So now St. John Henry Newman, the greatest intellectual of Victorian England and judged by some to be the greatest theologian since St. Thomas Aquinas seven centuries earlier, is one of those relatively few canonized saints. But his teaching encourages the rest of us who will never be canonized, but who are certainly called by the gift of baptism to be in that great multitude.

The universal call to be holy – in this world and the next – in the light of Newman’s canonization called to mind a (in)famous moment in the Canadian discussion of faith in our common life. In 2010, the late Christopher Hitchens debated a hapless Tony Blair in Toronto on the merits of religion. I attended that debate at Roy Thomson Hall and was rather surprised when Newman was invoked at the beginning, by Hitchens, not Blair.

Hitchens opened by saying that it was only fair to treat religion by its greatest exemplars, not its worst scoundrels. Thus, he began by quoting Newman, which he introduced as a model of religion at its best. It was the well-known passage on sin from the Difficulties of Anglicans: 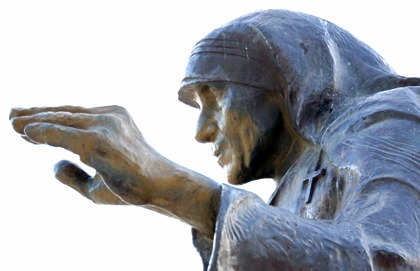 The Catholic Church holds it better for the sun and moon to drop from heaven, for the earth to fail, and for all the many millions on it to die of starvation in extremest agony, as far as temporal affliction goes, than that one soul, I will not say, should be lost, but should commit one single venial sin, should tell one willful untruth, or should steal one poor farthing without excuse.

There it is, Hitchens crowed. Newman – the great, refined, subtle, brilliant, gentle, incomparable Newman! – is a fanatic. For it is fanaticism to prefer the starvation of millions to one little sin. And if Newman is a fanatic, then all religion is fanaticism. It was a neat and arresting argument.

Blair, a man of great intelligence more accustomed to artful spin than substantial argument, was totally flummoxed. Like the entirety of his performance that evening, his response was utterly forgettable.

It is understandable that Blair may not have known that Newman argued, in the lines immediately following, that the Church “considers the action of this world and the action of the soul simply incommensurate, viewed in their respective spheres.”

What Blair should have argued was that what is true for sin and iniquity and vice is also true for goodness and piety and virtue. If man is capable of such enormities by acting immorally, so too is he capable of enormities by acting morally. If a single, solitary venial sin is worse than the entire natural order collapsing, then it is also true that the slightest cooperation with grace is grander than all the wonders of that same natural order.

That is the great democratic, to borrow an inapt political term, charter of the Christian life. Each soul, created immortal in the image of God, has incomparable worth; literally, the entire material universe cannot be compared to it. So yes, we are capable of great wickedness, or even little bits of wickedness which are not so little after all. But so too we are we capable of great sanctity, and even little bits of sanctity, which are not so little after all.

That’s the key to All Saints, to that great multitude who are worthy – by the precious blood of the Lamb who was slain but lives – to behold the glory of God in heaven. Only a few in this world are deemed worthy of praise, esteem, prosperity, power. Yet in the communion of the saints, each and every soul is capable of the glory of heaven, which is as superior to worldly treasures as the east is far from the west.

The feast of All Saints is the feast day of the ordinary Christian. But to be a Christian is nothing ordinary at all.

A 1917 speech at Queen’s university disparaging Pope Benedict XV as a puppet of the Kaiser angered Catholic students so much it led to creation of the Newman House on campus, writes Father Raymond de Souza.