The 2017 federal budget tries hard but is undermined by its contradictory objectives, say Cardus experts in fields heavily affected by the spending plan released yesterday.

Andrea Mrozek, program director for Cardus Family, and Brian Dijkema, who heads the think tank’s Work and Economics program, both see strong measures in the financial blueprint that will genuinely help Canadians.

For example, Mrozek applauded changes to Employment Insurance to increase parental leave benefits that will give Canadian families greater flexibility to stay home with their children.

“It’s in keeping with principles that allow parents to bond with their babies,” Mrozek told Convivium. “That’s a positive thing.”

She was critical, however, of the budget’s plan to spend another $7 billion dollars over 10 years to increase the number of childcare spaces across Canada.

Cardus polling shows 70 per cent of Canadian believe children up to age six are best cared for at home by mothers or fathers, Mrozek noted. She said the push to get pre-school kids out of the house is really based on a need to get young women back into the work force quickly. It has more to do with the government’s imperative to boost economic growth than with what’s best for families and children.

It has more to do with the government’s imperative to boost economic growth than with what’s best for families and children.

“Essentially (increased childcare spending) is attempt to get the parents of young children – and they actually use those words – into the work force. We need to increase GDP and this is one way to do it. It is definitely not the way to equitably fund families,” Mrozek said.

She added the budget would be far more effective for Canadians had it continued in the direction of the Liberals’ 2015 election platform, which increased the federal child benefit payment for parents to use as they choose. 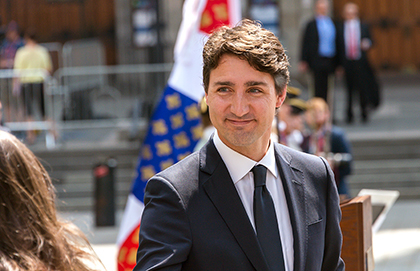 “That was a laudable thing. The money goes directly to families. What we see (with the $7 billion childcare plan) is an inequitable form of care going to a particular form of care that parents neither desire nor choose.”

Mrozek, who hosted the inaugural Cardus International Women’s Day event on March 8 this year, was equally unimpressed by the government’s claim the 2017 document was Canada’s first “gendered” federal budget scrutinized for its equality impact on women. Most measures purportedly directed at women, she said, would have been found in “any old budget.”

Work and Economics director Brian Dijkema, however, noted the budget made a fresh effort to meet the realities Canadians face in the global marketplace. He gave the Liberals high marks for commitment to finding solutions to dislocations caused by dizzying workplace change.

Worthy steps are taken, he said, to try to give workers the same kinds of employment flexibility that employers have enjoyed for some time.

“The most interesting thing about the budget is the way government tries to bring employment, labour and training programs into the 21st century to deal with its realities – the realities of flexible work and precarious work brought about by things such as automation,” Dijkema told Convivium.

He said the budget falls short on its economic and employment intentions, because the Liberals are effectively “working in dark “ to find solutions that have proven equally elusive globally. Using budgetary approaches that are the outdated artifacts of an earlier era hampers them further, he said.

Rather than assisting civil society organizations such as trade unions and employers’ associations to be the means by which workers train to find work in the contemporary economy, the budget relies on the heavy hand of the State as the primary means to move things along.

“They are the organizations that are nimble, that are flexible, that are closest to workers. The government is using old programs, old rigid structures to meet the new reality and the new drive and need for flexibility in today’s economy,” Dijkema said

The result is, at best, incremental adaptation rather than the necessary bold innovation.

The election results demonstrate Canada’s strength in democracy, writes Convivium’s Peter Stockland, citing an Adam Gopnik analysis in the New Yorker crediting a spectrum of parties reflecting the mood and interests of the country.