Depending on political preference, most Canadians would likely agree that diversity “is our strength” or is “a product of our strength.” Regardless of the preferred permutation, all those views recognise diversity as a central feature of Canadian society. That’s all well and good, but what does that commitment to diversity really mean?

A quick scan of the news for the last few months reveals what Canada’s governments, sports officials, and corporations mean by diversity. Governments have trumpeted their appointment of racial minorities and women as judges. Cities and universities have created “Pride” crosswalks. And Ontario Hockey League players are sitting through pre-season gender expression workshops. While all of those touch on diversity, there seems to be precious little acknowledgement of a different aspect of it: faith and religion.

If we’re genuinely committed to Canada’s diversity, we will have to consider religion in a substantial way.

According to the federal immigration department’s latest plan, Canada is hoping to welcome almost a million newcomers by the end of 2020. Meanwhile, the latest polling by the Angus Reid Institute (ARI) finds that Canada’s faith communities get a big boost from immigration, which both sculpts and sustains Canada’s diversity. Almost four in 10 first-generation immigrants are “religiously committed” – most likely to attend church or another house of worship, read scriptures, and pray regularly. That’s almost double the proportion of the average Canadian population in the same category.

And we know from Statistics Canada that the main source our immigrants is now Asia, not Europe. We also know that four in 10 immigrants arriving here between 2001 and 2011 identified as Christian, equal in proportion to those who identified with another religion. Meanwhile, the proportion of those unaffiliated with any religion has not strayed far from 20 percent since 1971.

In other words, immigration (including many visible minorities) is helping to boost religious commitment in Canada, both Christian and non-Christian.

That reinforces the thesis of Reginald Bibby and Angus Reid in their 2016 book, Canada’s Catholics. They argue that while the voices of secularism have grown bolder and louder over the last decades, and society has become more polarized on the subject of religion, religious faith remains important in Canadian life because groups “like Catholics, Muslims, and evangelicals are experiencing a tremendous influx of people.” 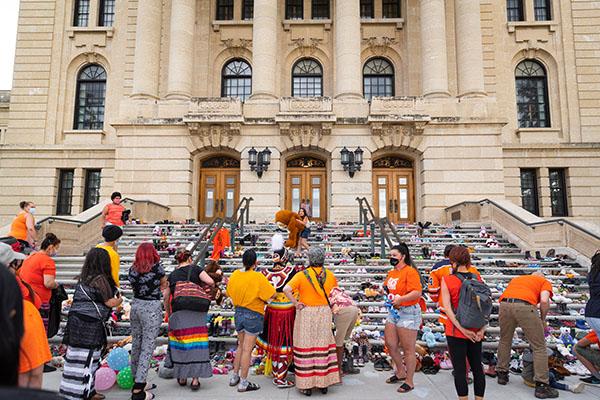 It almost seems like a truism, but perhaps one of the most important aspects of religious diversity in Canada is that disagreement is okay.

This means that Canada’s commitment to diversity must have room for faith communities.

So, should secularism reign supreme by creating some sort of neutral ground through keeping faith and religion private? No, suppressing religious expression is not neutral. Immigrants to Canada know this. That’s likely why two-thirds of them say religion’s overall impact in the world is positive, according to the latest ARI poll. And 64 percent of immigrants want to see religious and faith communities influencing Canadian public life.

Neither can our approach to religious diversity be a superficial acknowledgement of different traditions without an actual bearing on real life. It’s nice of politicians to acknowledge Ramadan, Easter, and Diwali on Twitter. But faith entails a lot more than holidays and special foods.

Cardus has long argued that true commitment to diversity must acknowledge that communities and individuals of faith hold many beliefs quite deeply. There are sincere and profound disagreements among faith communities about fundamental issues. Their deeply held beliefs can also clash with broader North American culture or with the other aspects of diversity that have, to date, captured the attention of governments, corporations, and sports leagues.

It almost seems like a truism, but perhaps one of the most important aspects of religious diversity in Canada is that disagreement is okay. True diversity acknowledges that we do think differently from one another and that we’re free to express those differences. Publicly. As a consequence, we won’t pretend all beliefs are equal. Neither will we shun those whose beliefs clash with our own. Instead, we’ll debate and engage each other. We’ll exchange ideas. At a bare minimum, we’ll leave room for disagreement.

There’s a very recent example to point out: the controversial Canada Summer Jobs program attestation. Which communities did the federal government disproportionately hurt by insisting that grant applicants accept the government’s view on abortion or LGBTQ+ issues? Religious and faith communities - one of the most racially and ethnically diverse parts of Canadian society, according to ARI polling. Ironically, the attestation ended up harming diversity instead of celebrating it.

We can do better than this in Canada.

A Christmas of Spiritual Longing