We hear a lot about fake news – it’s widely recognized as a problem not just for individual consumers of media but for democratic societies en masse. What is fake news and how should we respond to it? It is helpful to understand fake news as part of a bigger problem we can call media manipulation. Laws and policies may help to counter this and, in some cases, will be necessary. But, at best, they offer incomplete solutions. More important is to understand the sort of people we need to become to inoculate ourselves against this form of manipulation.

If we understand fake news as “false stories that appear to be news” and news as “verifiable information in the public interest,” then fake news is an oxymoron. What we often refer to as fake news is just disinformation, as a UNESCO handbook for journalists points out. This disinformation is also typically intended to influence political views. Part of what makes fake news so pernicious is that it is disinformation meant to control public opinion and it does this by controlling the beliefs of its individual consumers. In other words, its intention is not to inform the public but to manipulate it.

Russian interference in America’s 2016 presidential election is now a classic example of this. A more recent example is Beijing’s attempts to undermine the credibility of protesters and sway public opinion throughout the Hong Kong protests of summer 2019. In addition to the standard tactics of the political propagandist, this included the use of either false or distorted information in as many as 200,000 Twitter accounts masqueraded as individual users, though they were in fact controlled and coordinated in a State-backed operation by Beijing. This kind of manipulation and intent to control damages democracy and it disrespects citizens. It prevents citizens from making reasonably informed decisions; it bypasses their consent and uses them as instruments for broadly political purposes.

However, information need not directly misinform to be manipulative. There is a large gap between straightforward disinformation and responsible journalism. When we talk about fake news, we sometimes mean to include reporting that does not meet the standards of responsible journalism – reporting that is heavily biased, withholds important information, or otherwise distorts the truth, again often with the intention to influence political views. Partial truths can be as harmful as lies, and news that doesn’t directly disinform can still be manipulative. 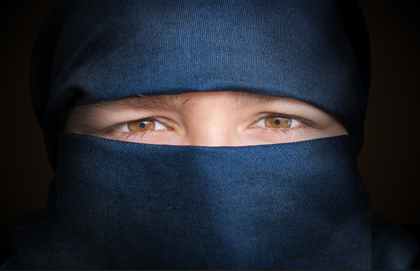 Our Absurd Niqab Problem
Religion Can Make You Worse: GCB and Media Bias
Failing to Speak for Free Speech

Nowadays, this manipulation often comes in the form of emotionally charged content and headlines designed to make us share that content. The emotion communicates a sense of urgency and importance, causing us to feel as though the world must know what we know (or what we believe we know). All the better if we can have a ‘moral experience’ along the way, by publicly identifying with what we take to be a just cause. These shares increase web traffic and ad revenue for the companies that create that content and run the platforms we share it on.

When we do this, though we might feel like we are in control, we are simultaneously being used as instruments for financial gain. Sharing a list like “Ten Reasons Everyone Should be Furious About Trayvon Martin’s Murder” may make you feel as though you’re doing something good, but the reason you’re reading it in the first place is because it makes someone else (and not Trayvon Martin’s family) money. As Jonah Peretti, cofounder and CEO of Buzzfeed, once explained in a pitch to venture capitalists: “raw buzz is automatically published the moment it is detected by our algorithm” and “the future of the industry is advertising as content.” This and other broader forms of manipulation by media is the general problem that fake news is a part of.

There is a large gap between straightforward disinformation and responsible journalism.

We might respond multiple ways to media manipulation. We might consider legal sanction for purveyors of disinformation. While this may seem like a good idea, it can be difficult to discern between disinformation and satire, for example, as German lawmakers have found. More worryingly, increasing government oversight could lead to the restriction of genuine free speech, a concern that many have about Singapore’s recent Protection from Online Falsehoods and Misinformation bill.

Another answer to this question is for the media industry to regulate itself. Reporters Without Borders intend to do this with their Journalism Trust Initiative. This initiative aims to pave the way for a certification process that provides transparency concerning media ownership, sources of revenue, and journalistic methods among other things. This could help.

In a similar vein, Canada Research Chair Regini Rini has suggested that social media platforms introduce measures of reliability that parallel measures of trust employed in everyday life. This could include attaching colour markers to user profiles, identifying the reliability of users according to the reliability of the information they post, much like a real-life reputation. Here, the trick would be in establishing which independent fact-checking organizations can be trusted with ranking the reputation of news sources and indirectly, the reputation of social media users. This is not an altogether bad idea, but it carries a hint of Big Brother and could prove difficult to implement in practice. The public would rightfully be concerned about providing Facebook or Twitter the means to evaluate publicly their reputation.

While some of these ideas will be important to explore, laws and regulatory bodies cannot be a surrogate for the intellectual virtue of individual citizens. What remains most important is to enable individuals first, to themselves discern what is true – to think carefully and critically about the information we consume – and second, to maintain respect for others in disagreement. So it’s important to answer this question from what could be called the personal point of view, by looking at the sort of character we need to develop in order to protect ourselves against media manipulation. Fake news and manipulation distort the truth, so we need to develop character that enables us to perceive both truth and distortion as such.

What is this notion of truth? In the first case, it is about knowing the right things – the facts of the matter, separated as far as is possible from falsehood and distortion. Secondly, it is about respecting the right things – namely people – and acting in ways that align with that respect. I suggest that we can comfortably refer to this notion of respect for persons as a moral truth. It often comes under the name of human dignity, as described for example, in the UN Declaration of Human Rights. To resist fake news and media manipulation, we need to become the sort of people who grasp these truths and create a public discourse and deliberative culture consistent with them. These points will be the focus of a second essay to come.

Religion Can Make You Worse: GCB and Media Bias

He concludes, "America's Founders, who had broken with an old order that was rife with religious persecution and warfare, forbade laws impeding free exercise of religion, abridging freedom of speech, or infringing freedom of press He writes, "A growing threat to freedom of speech is the attempt to s...