A friend clued me in recently to some surprisingly unreported mayhem at one of Ottawa's toniest hotels. Apparently there was a near riot in the lobby when the manager confronted a delegation of—get this—international chess grandmasters.

They had been given private space in which to play but insisted on hogging all the chairs and tables in the public areas. Worse, the winners of each game would showboat aggressively around, shouting at length about how great they were.

Fed up after several hours, and apparently fearful his guests would also grow annoyed and begin to check out, the manager ordered the grandmasters to stop. This so infuriated the chess players that they became physically confrontational. Rumour has it that a handful of them threatened to take to the streets and ransack local pawnshops. Police were called, overturned tables restored.

My friend swears that after the hubbub ended, he asked the manager directly why he'd intervened instead of just letting the games play out.

"I'm running a quality place here," the manager purportedly replied. "I can't have chess nuts boasting in an open foyer." 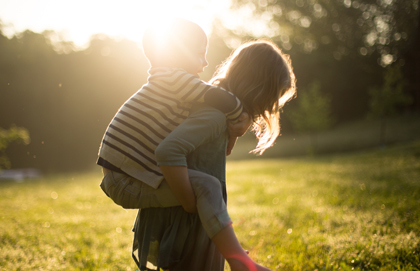 When I told this story to Cardus colleague Ray Pennings recently, he winced mightily, grew red-cheeked, and ducked his chin down toward his left shoulder as he always does when a truly awful pun is inbound. I've come to recognize the gesture as signifying a kind of jester's joyful jealousy: happiness that such a truly egregious joke exists, tinged with competitive zeal at not having heard it first. Mr. Pennings is infamous in Cardus circles, after all, for exuberantly celebrating the fact that two thirds of a pun is P-U.

As the air cleared around us, I began thinking about the human need, not just for jokes, but for humour as a form of daring humility. People who tell what they know to be genuinely dreadful jokes aren't just fishing for laughs. They're setting themselves up, in a sense to lower themselves (at least temporarily) in the eyes of those of more refined tastes. A pun is a verbal pratfall executed to make the executor look ridiculous, if not absurd. Unlike most other kinds of funniness, its true target is the teller.

Why, I wondered, would sane human beings do this to themselves? It is, in many ways, contrary to what we understand as our nature. The journalist Tom Wolfe maintained, through both his reportage and later his fiction, that what the great 19th century novelists understood was all of human life is about status. As a species, we didn't just coin variations of the phrase "pecking order" for the fun of it. We are genetically endowed with a drive to the top of the pecking order that is so powerful we could recognize it in otherwise unrecognizable life forms. So where does all that evolutionary status impetus go when a pun is on the tongue?

G. K. Chesterton, that sage for our age, argues that in fact, it simply melts like milk chocolate in the face of humanity's overwhelmingly more powerful religious sense.

"A good joke is the one ultimate and sacred thing," Chesterton wrote. "Our relations with a good joke are divine relations."

Never one to quibble with the great G.K., I would nevertheless argue that even a bad joke, provided it is not one of cruelty, also brings us into relation with the divine. Indeed, there's a specific name for that relationship. It's called Christmas.

You don't need the cognitive power of chess grandmaster to see the humour in what we will celebrate on December 25. You can simply imagine being one of those drawn by starlight to the birth of a king, and arriving to find instead a little baby in a rough stable wrapped in rags because its mother and father were too poor to afford royal bunting.

"What is this?" you would ask in Hebrew, Aramaic, Greek, or Latin, "some kind of joke?"

And the correct answer would be, yes: one of such daring humility that it overturned not just the mortal expectations of those who saw and heard, but the very order of the world itself, making the high low, the king the sacrificial victim, leaving us all awash in the magnificent, never-ending peal of laughter that is salvation.

No wonder we say: "Merry Christmas."

In the second of our series from Cardus’ What Makes A Good City forum, Andrea Mrozek ponders the intersection of the hotel-style condo and the empty playground in her own neighbourhood.

To follow in the footsteps of the faithful who have come before shapes our path to glory.