Religious believers live according to at least two calendars. There is the civil calendar, which largely governs our common life together in relation to commerce and government. Then there is the religious calendar, with its own cycle of festivals and observances.

The existence of an alternative way of marking time is something of a liberation from the mundane tyranny of what is going on today, or as we lamentably say now, what is trending.

Living according to different calendars reflects that we belong to different communities with different missions. For many families, the academic year calendar dominates as their school-age children determine the family rhythm. The fiscal year shapes the rhythm of the year for a business owner. Accountants are under the gun as tax filing draws near. A traditional family gathering, or an annual reunion of friends, may have more importance than matters academic or commercial.

In pagan religions where the forces of nature are invested with divine status, the religious calendar largely overlaps with the recurrence of seasons and the cycles of the sun and the moon.

For Christians that cycle of seasons is also incorporated into the religious calendar, but superseded by a calendar shaped by the events of salvation history, principally those of the life of the Lord Jesus, who Himself lived according to the calendar of Jewish feasts laid out in the Mosaic law.

For some Christians – certainly for us Catholics – the calendar of the saints also gives shape and texture to our marking of time.

Three examples recently confirmed this for me, with the calendar of the saints liberating my own thinking from the tyranny of what is happening right now.

First, April 23. It’s the feast day of St. George, patron saint of many places, but in particular of England. (The red cross on the Union Jack is for England, “St. George’s Cross.”) The birth that day of a baby boy to the Duke and Duchess of Cambridge was celebrated as being especially fitting: an English prince born on England’s feast day.

In an otherwise grim situation, the liturgical calendar pointed us toward the deeper reality.
Related Stories 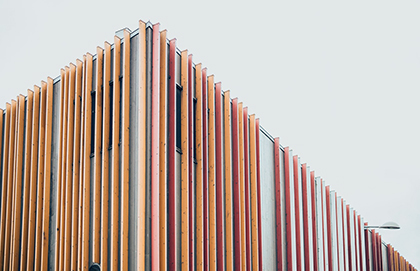 It was also the day that Alder Hey hospital in Liverpool turned off the ventilator for Alfie Evans, the little boy that the English medical and judicial establishment were determined to keep in Liverpool to die, rather than permit to go to Rome. The doctors had told the courts repeatedly that when the ventilator was switched off, Alfie would die. But he didn’t. That he would die was not in question, but that he didn’t die immediately was entirely unexpected, an invitation to some humility on the part of the doctors treating him.

All the important people had decided that Alfie would die on their schedule. He didn’t, and observers the world over began to speak of a “Liverpool miracle.” Perhaps so. Perhaps not. But a gift from St. George, a reminder to England on her patron saint’s day, a summons to what is more noble in the English spirit? Certainly.

Alfie did die, but not for another five days. He died on April 28th. In the Catholic calendar, it is the feast day of St. Gianna Beretta Molla, a recent saint, canonized in 2004.

A pediatrician, Dr. Molla died after a difficulty pregnancy in which she insisted that all efforts be made to save her child, even if her own life was in danger. She is considered a patron saint for unborn children, mothers and babies.

Alfie died on St. Gianna’s feast day. In an otherwise grim situation, the liturgical calendar pointed us toward the deeper reality. Alfie, baptized and without any personal sins, was now a saint, in the company of the other saints. And he was welcomed home on a day when the example of a heroic defense of life is offered to us.

April 28 is also associated with another saint, rather more famous that St. Gianna. This year, April 28 marked the 100th anniversary of the priestly ordination of St. Maximilian Kolbe, the Franciscan missionary and evangelist who was killed in Auschwitz. He volunteered to take the place of another prisoner sentenced to die in the death block. When the astonished Nazi officer asked Fr. Kolbe who he was, Kolbe replied simply, “I am a Catholic priest.”  On April 28 1918, Kolbe was able to say that for the first time. They would prove to be his last recorded words. Alfie died on a day that pointed us toward another heroic defense of life.

This past week the House of Commons passed Charlie Angus’ motion regarding a papal apology for residential schools. I wrote about that here two weeks ago.

This week the Catholic calendar gives us the feast days of two saints from Canada’s founding, St. Marie of the Incarnation (April 30) and St. François de Laval (May 6), the first bishop of Quebec.

St. Marie came to the colony of Quebec in 1639 with her fellow religious sisters. Amongst the many problems that faced them, they noticed that aboriginal girls had no opportunity for education. St. Marie and her sisters developed a written alphabet for the aboriginal language, and began to teach the girls in their own language, both religious and secular instruction. St. François arrived in Quebec after St. Marie, and set about establishing the various religious and civic associations needed for common life in the colony. St. François earned the ire of the local governor for his insistence that the liquor trade be curbed, on the grounds that it was wreaking havoc in the aboriginal community. The governor even appealed to the French Crown to try to remove the bishop.

What is trending now is residential schools. Or more specifically, abuse in residential schools. Certainly, previous holiness does not excuse subsequent sins and crimes. Yet I thought the liturgical calendar pointed us to a greater reality, namely that Canada’s first Catholic saints would be deeply ashamed of what so many did in the native missions after them. Their shame, rather than a House of Commons resolution, is more relevant.

Liturgical time helps us to look beyond the trending, to see the enduring.

Father Raymond de Souza finds the NDP leader a fascinatingly odd fit for the identity politics of a left-wing party because of the very diversity that makes up Mr. Singh.