What's love got to do with it? That was the question brewing last week around the fresh pots at the Cardus office. The trigger for the question was the uproar over Justin Trudeau's acceptance of speaking fees from a variety of charities in his position as a Member of Parliament and opposition party leader.

Of particular concern to my colleagues was the suggestion in Andrew Coyne's (recommended) column that, "It's not necessarily wrong to charge a fee, but it's not as right as donating it."

Does such a suggestion imply an obligation for those who work with charities to give their time for what would, in other circumstances, be worth money? One person asked, "Don't charities have the same obligations to run a tight financial ship as any business?"

These are all valid points, and they channel something worth greater discussion among those who, yes, make a living working for charities. But we should keep our minds tidy about the broad questions here, of relationships, markets, justice and, yes, love.

First a word about markets: Tyler Cowen is right—there are markets in everything (my favourites are numbers 993, 943, and 257). But this doesn't mean that there should be markets in everything. A browse through his list will show that one can broker horror as well as the delightful and divine. The brilliance of Cowen's ongoing series is how well it shows that all of life has an economic aspect to it and, subsequently, that economic considerations must be paired with deeper moral deliberation.

This is true even for those things in which we don't immediately notice the markets. Public health care in Canada is a classic example. Many think that it's simply a state run enterprise, which frees us from the vagaries of markets. But a closer glance will note not only increased costs, but the fact that most things in our public hospitals—syringes, beds, televisions, computers, medicines—are subject to markets. 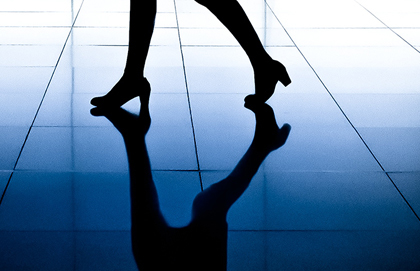 Yes, Let's Reopen the Debate on Lobbying Limits
Imposing On Whom?
The Leaning Tower of Ivory

Marriage has an economic aspect attached to it too. Don't believe me? Well, how much was the engagement ring; the wedding? Have you and your spouse bought a house? Any tax advantages to marriage? "But," you protest, "that's not what marriage is about! Sure, there's money involved, but my love is not conditional on money!"

Yes, exactly. Which brings us back to charity.

Charity can be defined two ways. The first is the legal definition as offered by the CRA (or the IRS, perhaps) which provides certain tax exemptions and benefits to assist organizations in their work for the public good. Typically this is limited to poverty reduction, education, advancement of religion, or other purposes which benefit the community.

It is in this context that a charity—as legal organization—also works economically. Charities take alms, gifts, and other means of support to do their work; they sometimes have buildings, they pay wages and so on. This is why Coyne is right to say that "it's not necessarily wrong to charge a fee" to a charity. Charities—as organizations—act economically and should, as Brett Wilson helpfully points out, manage their balance sheets and income statements accordance with economic norms or be shut down.

But charities differ from other organizations (for profit or otherwise) in that they are not expected to give anything in return to those who contribute to them. There is no personal gain in the transaction; or if there is, it is of a different character than an economic transaction. Charity is not guided by the norm of quid pro quo that guides economics. It is fundamentally different. Charity is, as Benedict so aptly puts it: "love received and given. It is 'grace' (cháris)." It is, at the very least, a different expression of love for our fellow citizens. But Coyne argues that it is more than different—it's better. He says, "It's not necessarily wrong to charge a fee . . . It's not as right as donating it." Why?

I'm not sure about Coyne's deeper commitments and besides, I don't think he was trying to make a religious or philosophical argument for charity in this case. In the case of his article, I think Coyne is making the case that an M.P. should not expect payment for public activities for which he already receives a salary from the public purse. Touché.

But is there a deeper case to be made for why charity is "more right"? Why is it better to give than to receive? Why do we need charity at all? Would not justice suffice for human affairs?

It would appear not. As Daniel Philpott has shown (reviewed in Comment here), a world of quid pro quo does not lead to human flourishing. Christians have long noted that justice is not diminished by charity; rather charity transcends justice and is of a higher order than justice. Why? Here's Benedict again: "The earthly city is promoted not merely by relationships of rights and duties, but to an even greater and more fundamental extent by relationships of gratuitousness, mercy and communion." Charity is greater because it "manifests God's love in human relationships [and] it gives theological and salvific value to all commitment for justice in the world."

Arguing in favour of limits on lobbying opportunities for those exiting political office, Coyne gives politicians and their staffers the sarcasm treatment He pictures lobbyists slinking in the shadows of Parliament, seeking to curry favour with the political elite in order to benefit a “large corpor...

So, if Christian Horizons, as an effective institution doing good work at a good price, should nevertheless be banned from engaging in the work they do simply because they are a group of Christians (instead of a more nebulous, indistinct group), then what is the deeper implication of such a policy? ...

The Leaning Tower of Ivory

Not so the independents of the post-secondary world, who rid education of the fashionable philosophical fictions of academic freedom, and talk frankly about ends, means, telos Public education should, in fact, be at the service of the public, and if a public administration feels that job is being do...