Permit me to be a New Yorker for a moment, here.

The New York Times reports that the MTA is releasing a new subway map—the first in a decade:

Manhattan will become taller, bulkier and 30 percent wider, to better display its spaghetti of subway lines. Staten Island, meanwhile, will shrink by half. The spreadsheetlike "service guide," along the map's bottom border, will be eliminated, and the other three boroughs will grow to fill the space.

A separate, stripped-down map will also be produced, to be displayed only inside subway cars. Neighborhood names, parks, ferries and bus connections will not appear on this version, making for a less cluttered composition that may be easier to read over a fellow rider's shoulders.

The piece is quite interesting, recounting the history of the MTA subway map along with some of its eccentricities. 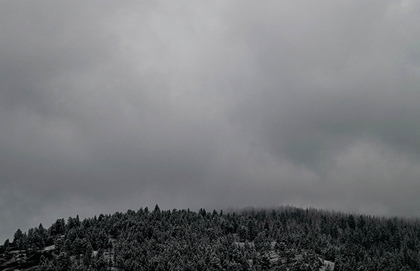 Fire in Fort McMurray: A Proper Response
Outside the pages of the book

But I bristled when I first saw the article, mostly because Manhattan is, once again, getting bigger, while the rest of the boroughs are getting sidelined (Staten Island by a whopping 50%!). This continues to add to something that always drives me a little crazy—when people refer to Manhattan as "the city." Are you going into the city? Do you live in the city? I had to move out of the city. Really, you're in the suburbs now? No, Queens. The city is made up of five boroughs, of which Manhattan is simply one. It's an important one, undoubtedly—but it's not "the city."

I think my irritation is more based on my love of precision than any dislike for Manhattan. There are parts of Manhattan I detest (like most everything between 59th Street and 14th Street, excepting the bright shining light of Bryant Park), but I do work in Manhattan and enjoy being in Manhattan when I'm there. But I make my living from precise words, and I do catch myself correcting people who, for instance, say "Wal-Mart's" instead of "Wal-Mart." I'm working on it.

But it's not just that. This map is clearly not intended for locals who need to, say, find things in Queens. Tourists rarely venture off the island, and so why shouldn't Manhattan get ... wider? But tourists still favor taxis and walking—and that's a good idea—and plenty of them will still be asking for help, which is something that residents are generally happy to give.

The problem with this is ultimately that Manhattan is easy to get around. The streets are numbered and run quite logically in the grid pattern. But the boroughs are another story; I practically ride subways with my eyes shut these days (aka, earbuds and my nose in a book), but I still get lost when I leave my familiar borough neighborhoods. And don't even get me started on Staten Island.

And in the end, it's the residents who really use the map—and pay to ride regularly. Since there's no cell phone service in our subways, it can be tricky to figure out where you are if you suddenly realize you're not in the right place. More detail would be helpful, to put it mildly. (I wonder what Edward Tufte would have to say about all this?)

I will say this: I'm happy to see Fort Greene Park returning to the map. (I can see it from my apartment window—because it's at the end of my block!)