The great tension in journalism has always been between the dueling commercial needs to be first and to be accurate. In the current on-demand world, the balance has shifted decidedly to the former, which has led to bizarre situations in which well-known people are reported dead and have to issue a press statement indicating that they are not, in fact, dead.

I am uncertain as to whether the living are then asked to verify their credentials to disprove the false report that they are dead but am quite certain "the source" of the original report is never asked to verify proof of death. If that was the case, after all, the report would never have taken place because there is was never any truth to it. Worse, otherwise perfectly sane journalists and commentators quote other unsourced media as their source, somehow thinking that if they deflect the sourcing they can avoid responsibility should the "facts" prove to be false. For example, Menzies News might report "Twitter is reporting" or "online sources (likely Facebook) are reporting" that blah, blah, blah. Apparently the modern journo thinks that if he/she is merely passing along someone else's false information ("I'm not sayin'; I'm just sayin' Twitter's sayin') there is no degradation to their reputation.

Thus does journalism, when practiced in this fashion, descend into a rousingly funny Monty Python skit.

How did this happen? 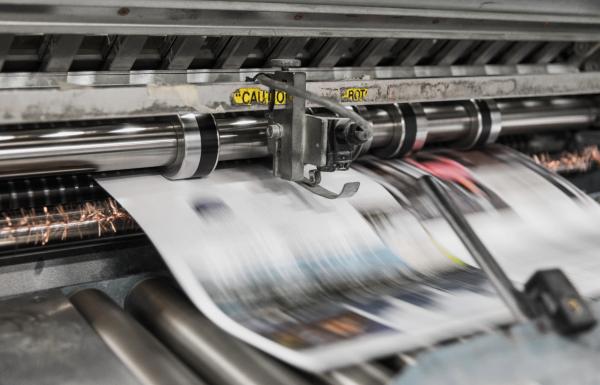 The rush to be first occurs because news managers are under short-term pressure to drive as much traffic as possible to their websites and build the appeal of their products. That is so that their company can make money or, in the sad case of many—not all—newspapers (think: amnesiatic dinosaurs in a frozen swamp) so that they might survive.

Being accurate was always the longer term objective. That was because people tend to associate with and consume products—in this case information—from sources that they find trustworthy. Accurate data, after all, is needed for sound business and personal decisions while actions based on inaccurate data can lead to financial harm, awkward moments at cocktails parties, and eventual social isolation. And people will definitely choose not to trust your product or consume it if they can't trust you. If they can't trust you, they won't go to your site any more and you will make less money or keel over in the swamp.

The balance has shifted because vast millions of us are increasingly electronically addicted and need a constant digital fix to get through the day. That beast, which is noisy in its demands, must be fed constantly. But that's obvious. The more subtle change has been that short-termism has overwhelmed long-termism in our thinking. This is exaggerated by the times. The industrial age is ending. The technology age is beginning. There is no template to follow and the future is stunningly uncertain which is corporatespeak for saying, "We are making this up as we go along and we are so scared we can't even make spit."

And let the devil take tomorrow.

No Easy Solutions for Journalism’s Woes

Cardus’ Daniel Proussalidis marks National Newspaper week by speaking with independent journalist Jen Gerson on what the future holds for newsgathering in Canada.

What People Forget About Freedoms

The purpose of the cartoon project—"The Face of Muhammad"—by Danish newspaper Jyllands-Posten was in itself driven by the desire by the editors to make a statement about free speech after hearing that writer Kare Bluitgen was unable to find an illustrator for his children's book about Muhammad The p...