Three questions were asked to frame this discussion on religious education in secular society and I think it is important to recall these questions.

The first question can be answered by asking two other questions: What is secular society, and what is the purpose of education? It is in the conflicting perspectives on these two questions that most of the issues and challenges are found.

In his presentation to this conference, Archbishop Lépine addressed the idea of a secular society. He presented several versions of society and spoke of the religious implications of each. The first version, theocracy, is probably something that most West-erners would identify with Middle Eastern societies, but Quebec society definitely shared some of the characteristics of a theocracy in its history. The central idea of a theocracy is, of course, that the dominant, or State, religious perspective is imposed on all of society. Religious freedom, in this context, is predominantly "tolerating" the existence of other faiths provided they do not hinder the public expres-sion, or practice, of the dominant religion. This has been mostly rejected in the West as an undemo-cratic and essentially intolerant model.

However, the second model, which the Archbishop referred to as "the Cult of the State," or closed secularism, is not much better on the tolerance scale. Arguably, the only major difference between closed secularism and a theocracy is that the domi-nant worldview is agnostic or atheistic rather than religious. While some may find this distinction sig-nificant—it values reason over revelation in order to establish law and policy—we have yet to see a society that applies and understands "reason" in a consistent way. The result is akin to a theocracy, but may actually be less consistent.

The third version, open secularism, has been clearly proposed by many at this conference and for Quebecers, as well as many others throughout the world, has been popularized by McGill's Charles Taylor. Archbishop Lépine observed that, with open secularism, it is the "government that is secular, not society." This is perhaps the simplest way of distinguishing "open" and "closed" models; with open secularism, there is no attempt to im-pose a secular value system on society, but only on the structures of government. "Open" means that the State operates in such a way that it neither pro-motes nor hinders any one religion or philosophy—including a secular worldview. Open secularism seems to be the societal vision of choice. Given a general understanding of what this means, it is possible to move ahead. However, there remains a lack of consensus regarding what an open secu-larism would look like in a society. What grounds the fundamental principles of law and politics? How is "public space" defined and understood in open secularism?

These questions and others remain the objects of debate even among those who espouse the idea of open secularism. For the moment, consensus seems centred around the idea that in this type of society, differing philosophies, both religious and non-reli-gious, should be allowed to flourish.

The next question in understanding the issues around education in our emerging society considers the purpose of education itself. There are clearly many different perspectives, from the "extreme utilitarian" to the "social construction" positions. Various educational theorists have proposed one version or another, but Canadian ministries of education seem to have reached some semblance of a consensus. According to a Cardus study in 2012, there is widespread agreement across Canada that public education aims to prepare students to: 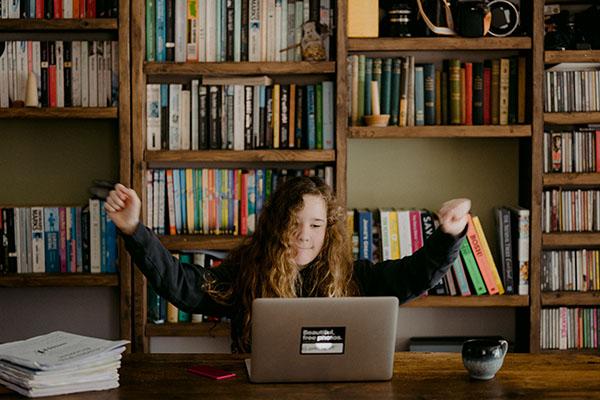 Given the significance of "society" in Canadian educational ideals, it makes sense that differing concepts of society would lead to different forms of education. At the same time, if Canadian and Quebec societies purport to embrace an open secularism, then one would expect to see religions thriving within the public schools. Are they?

The Cardus study examined data from a repre-sentative sample of graduates age 24 to 39 of Canadian secondary schools. Collected in March 2012, the resulting data were intended to enable better understanding of the outcomes of the various government and non-government schooling sectors. The study shed some light on the success of private religious schools in preparing students according to the criteria established by the ministries of education. In general, the study found that non-government, independent schools do a better job of promoting societal values than government schools do. In particular:

Assuming the conclusions of the Cardus study are valid, what could account for the success of private religious instruction compared to government schools? Charles Taylor may have provided some insight into this phenomenon in his book, A Secular Age. According to Taylor, people do not accept non-religious worldviews as the result of particular arguments; rather, they accept an entire worldview as a more realistic perspective. However, he argues, people have a longing for a sense of purpose and a fullness that are intimations of a transcendent reality. The religious worldviews that form the back-ground of these schools may well be addressing a deep, human need that is lost in a "merely secular" environment. Religions, in general, do a better job of dealing with the larger questions—the questions of meaning—than do secular or purely scientific structures.

There is another aspect to religious schooling that may help to account for their success: community. Taylor pays most of his attention to the individual facing society alone with his or her beliefs; he sees this as the modern reality. While this may be true of our modern world, it ignores the basic social nature of humanity. Beliefs are not formed alone in the face of an essentially detached world; they are also formed in community, among those who have an impact on our lives. Schools can provide a sense of community, of shared values, ideals and beliefs. While this is not a return to the past world of "forced conformity," in Taylor's phrase, it does take into account something that may have been lost in the transition to this new society.

If issues of meaning and of belonging are addressed in these schools, it is perhaps these things that also encourage and promote a fuller participation in society. One's participation flows from a sense of life's meaning, and one is implicated in society because of a prior sense of belonging.

All this is not to say that schooling in our society should cease being "secular" and revert to purely confessional approaches. It does, however, point to key aspects of our humanity that are largely being ignored in the name of individual autonomy. It may suggest that we are ignoring these things at our own peril and at the peril of our society. In a way, we have come full circle and find ourselves back arguing for the need of an open secularism that has had its meaning nuanced a little.

A truly open secularism is not ambivalent toward religion and religious worldviews; for its own sake, it must promote their flourishing. That is not to say that it would favour one religion over another, or that it would favour religious over non-religious per-spectives, yet it must encourage and promote their flourishing. This essentially means that religions should be understood not as a problem to be solved in a secular society but as an asset to be encour-aged. Religious symbols and practices should be given their place within the schools not hidden or prohibited, as is too often the case.

The rather negative view of religions is not entirely the result of a desire to secularize; it is also the fault of the religions themselves. Years ago, especially in Quebec, the Church undertook most of the social services. The contribution to the common good was apparent and undeniable. Even those who did not share in the faith communities benefited from their presence. As the vast majority of these services are now provided by the State, do we still see the contri-bution to the common good?

One of Montreal's bishops, Thomas Dowd, recently relayed a conversation he had with the mayor of a Montreal suburb. The mayor was of the opinion that churches should be taxed like any other institutions. When Bishop Dowd suggested that he surely would not include hospitals, the mayor replied that hospi-tals were different because they provided a service that benefited the whole of society. It seems that the only time we hear about religions is when they are requesting some kind of accommodation for them-selves or for their members. Religions are seen as an obstacle to the smooth running of society, certainly not as contributors to social well-being.

Despite the current perception of religions and religious people, almost all religions, including the most isolated and conservative, believe that con-tributing to the common good of society, especially to the care for its weakest members, is part of their faith. Why is this so less visible than the demands religions make on society? The simplest answer would be to say that the media have systematically emphasized only one side of the story.

While there may be some truth to that answer, it is certainly not the whole story. As Peter Stockland pointed out in his presentation at this conference, the definition of media has evolved along with society. One can no longer speak of the media as something controlled entirely from without. Never before have individuals and groups had as much control of their own messages. For real dialogue with the secular world to take place, religions may need to more consciously, and more assertively, use media to help society better understand who and what they are. The idea is not just to promote charitable acts or social-justice advocacy, but also to help society see the value of those intangible and transcendent aspects that, for the most part, are unique to faith communities.