“Nature and Nature’s Laws lay hid in Night: God said, Let Newton be! and all was light.”

So wrote Alexander Pope, but even this couplet was nowhere near as drenched in religious awe as the ode to Newton penned by Edmund Halley. Newton tore open the heavens like the curtain before the Holy of Holies and revealed the secrets prudently hidden from mortals by Jove.

Today, Neil DeGrasse Tyson, a spokesman for scientific popularization (a self-appointed heir to Carl Sagan), exhibits that same sort of mystified reverence for Sir Isaac. All this is unsurprising: from a strictly scientific perspective, Newton’s discoveries are worthy of awe.

But Pope’s praise is different in tone from Tyson’s. What makes Tyson unique is that he is one of those crusaders for the physical sciences against religion, which is a peculiarly modern phenomenon that would have appalled Newton. I’m not sure Tyson even knows this, but Newton wrote more in his lifetime about the Bible than he ever did about physics. Newton also never separated his faith from his scientific inquiry. Just read his correspondence with Richard Bentley, who popularized the contents of Newton’s Philosophiæ Naturalis Principia Mathematica and presented it as a proof of an intelligent Creator. “When I wrote my treatise about our system,” Newton explained, “I had an eye upon such principles as might work with considering men, for the belief of a Deity, and nothing can rejoice me more than to find it useful for that purpose.”

This was already present in the Principia but was made explicit in the extended appendix he wrote for it, the General Scholium, an essay that not only responded to critics but also frankly affirmed that the world, as far as he could tell, could only have been constructed and maintained by an intelligent “Universal Ruler,” separate from the creation itself.

But that does not mean that orthodox religious believers should assume a smug triumphalism, as though the anti-theists were unwittingly really venerating “one of our own.” Newton may have had a deep conviction in the existence of God and His revelation in Scripture, but his views on what the Scriptures revealed were, to say the least, eccentric.

In fact, a thoughtful observer might wonder if the reason Newton refused to become a clergyman, normally a requirement for fellows of Trinity College, had anything to do with his inability to subscribe to the Church of England’s 39 Articles of Belief. This observer would have been right. Newton actually wrote his own 12 Articles of Religion that expressed the creed of his heart in the secret of his prayer closet: “God is the Father alone; worship is to be directed to Him alone, not to Jesus.”

It is tempting to try to identify the source of his heresy in his non-theological thought (Did his post-Scholastic metaphysics affirm the existence of “essence” so essential to understanding the conciliar definition of the Trinity?) or perhaps even in his psychology (the kind of mind liberated enough to effect a scientific revolution was perhaps also free from other dogmatic constraints). But John Maynard Keynes, a social rather than a physical scientist, probably put his finger on it when he called Newton, who was born on Christmas Day, the last of the Magi. 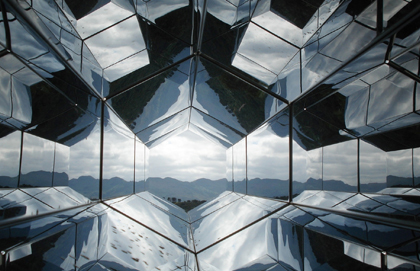 Like the old magicians, Keynes observed, Newton “looked on the whole universe and all that is in it as a riddle, as a secret which could be read by applying pure thought to certain evidence, certain mystic clues which God had laid about the world,” clues found in the cosmos, yes, “but also partly in certain papers and traditions handed down by the brethren in an unbroken chain back to the original cryptic revelation in Babylonia.” Indeed, this was why Newton pored over the Scriptures, seeking its coded contents and comparing it to the other ancient texts containing secret wisdom. Unbeknownst to most, I’d imagine, is that one of his longest manuscripts was a commentary on the Book of Revelation.

His occult studies (which included alchemy) were not the only place he thought he found God. Newton is often accused of fashioning for posterity the image of a “clockwork universe” running smoothly, dispassionately and autonomously. This is not completely just. The parable of the mechanic cosmos was a heritage of the Middle Ages; John of Sacrobosco used this image in his 13th century writings on astronomy, and Newton himself saw the universe as much busier and more organic than a well-oiled machine would be. Gravity and “other attractive and repelling powers” constantly threatened to pull objects apart into their constituent particles and the objects themselves resisted their destruction by way of inertia.

Yet it must be admitted that his system did prepare the way for the sort of airtight cosmic structure continually squeezing anything supernatural out of it. His own argument for God’s existence was that gravity would hardly be able to sustain the solar system in its course “without the divine arm” – a perfect example of what Dietrich Bonhoeffer would later call the “God of the gaps.” Once that fissure in our scientific knowledge was plugged by further discoveries, the God who had crept in through the crack was banished to an ever diminishing corner of the universe. This was hardly the only respect in which Newton’s theology was lacking.

Nevertheless, more orthodox believers can appreciate the fact that he did all his scientific inquiry “to the greater glory of God,” as the Jesuits say. We can charitably, or perhaps patronizingly, ascribe some of his erratic theology to a somewhat unstable psychology, such as afflicts many minds also blessed with brilliance. But, in the final analysis, though we should take account of his theology, Christians should not see him as a blessing to humanity because of it. The secular world praises him for the right reasons. And, if we believe that creation tells us something about its Creator, if only by way of analogy, we can safely say we learn far more about God from Isaac Newton’s scientific research than we ever would from his religious scribblings.

From a Catholic perspective, evaluating a worldview involves a lot more than simply assessing the specific beliefs of a particular individual and stacking them up against the catechism in search of congruity. Actually, the ethos of Catholicism can sometimes be more palpable further outside the visible boundaries of the Church than right outside her walls.

A good case in point is the contrast between two of history’s greatest and most illuminating scientists, Newton and Albert Einstein, both of whom were also amateur students of religion. We run into the danger of oversimplifying both intellects here, but it is possible to see, in this distinction, the fundamental difference between the two worldviews and the difference that makes Einstein so much closer to Catholicism than Newton: a difference in the formation of the imagination.

Einstein is often noted for the high role he assigned to the imagination in his thought about science; he considered it “more important than knowledge,” since knowledge was limited, whereas imagination could span all reality and was the beginning of the unifying interpretation of the data. Einstein was, in this respect, a self-described artist, a point enhanced by how highly he prioritized the aesthetic value of scientific theories. And we may perhaps argue that his Catholic education instilled in him something that the late sociologist Father Andrew Greeley variously described as the sacramental imagination, or the Catholic imagination: one which saw a basic order to the universe but also a creativity and a vitality to it, an imagination exhibited in poetry and fiction from Dante down to Gerard Manley Hopkins.

Unlike Newton’s more quasi-magical thinking and his God-of-the-gaps theology, Einstein is curiously closer to the old Scholasticism in both his formal thought and in his intuitions. We have a sort of confirmation of this from his own lips: in an interview with the Saturday Evening Post, he was told that G.K. Chesterton had asserted that Einsteinian physics confirmed the thought of Saint Thomas Aquinas. “I have not,” Einstein replied, “read all the works of Thomas Aquinas, but I am delighted if I have reached the same conclusions as the comprehensive mind of that great Catholic scholar.” Of course, his understanding of the relativity of time sounds awfully like the musings of Saint Augustine in his Confessions, and his view that time, space and matter are all really identical bears a striking resemblance to the Aristotelian-Thomist idea of prime matter.

But Einstein can be singled out for the specific Catholic tone of his intuitions. Whereas Newton made the universe static and left a chink of incomprehensibility open for God to slip in, Einstein helped make the universe fluid – yet he still sensed an underlying order to it. One of the great debates about quantum theory had to do with the Heisenberg Uncertainty Principle, which seemed to suggest that the universe actually changed as it was being observed, resulting in a Heraclitean flux that would make knowledge impossible. Einstein famously rejected the idea that this represented a fundamental uncertainty in the universe itself; it simply reflected the ignorance of we who are doing the observing. This was a point of contention between him and Niels Bohr, who believed that the universe was inherently probabilistic rather than orderly. While the scientific consensus takes the side of Bohr, the Catholic philosopher and apologist Peter Kreeft believes that Einstein was not only right but was the better philosopher of the two. Indeed, for all the regard surrounding him as a scientist, Kreeft believes that Einstein does not receive proper recognition as one of the great philosophers of the 20th century.

On November 10, 1979, to commemorate the centenary of Einstein’s birth, the newly elected Pope John Paul II spoke of his contribution to the “progress of science” and went on to explain what that phrase means: “knowledge of the truth present in the mystery of the universe.” Going back to Father Andrew Greeley’s notion of the Catholic sacramental or analogical imagination, it serves as a contrast to the Protestant dialectical imagination, which pits God against the world and sees Him revealed in the negation of the world. To a Catholic who believes that the whole universe is shot through with potential sacramentality, who can gladly sing Saint Francis’ “Canticle of the Creatures,” Einstein’s service to us is invaluable from a religious perspective.

“Truth present in the mystery of the universe” – let us end with Einstein’s own words on this matter: “The most beautiful and deepest experience a man can have is the sense of the mysterious. It is the underlying principle of religion as well as all serious endeavour in art and science.... In this sense, I am religious.” And, indeed, he went so far as to assert that “the cosmic religious experience is the strongest and noblest driving force behind scientific research.”

Pluralism In The Mirror

Astrophysics and The Society of Jesus

Fr. Adam Hincks, SJ, is one of 22 newly ordained priests to The Society of Jesus community. Convivium's Hannah Marazzi sits down with him to discuss his background in science and the journey that brought him to become a Jesuit priest.