Faith and science are sometimes seen to be in opposition because something is missing from the equation. In How to Become a Rational Animal, Jason West shows us how we can find truths about life through the lens of rational thought. In the preface, he describes the book as being "about the big questions in life — the questions all of us ask but are often uncertain how to answer. Does God exist? What is the meaning of life? Does life even have a meaning?" So, as the Bible says, "Come let us reason together" (Isaiah 1:18).

West writes in a style easily understood, even by those unschooled in philosophy. For instance, he explains the concepts of skepticism and relativism, which currently dominate secular thinking, before he shows why they are illogical. In contrast, typical introductions to philosophy assume the reader already understands these terms.

Because "few people today have any idea what philosophy is about," West begins by explaining three basic concepts he uses throughout the book: logic, metaphysics and ethics. These explanations help ground the reader for the six questions that follow.

The first question West tackles is "What do I really know?" This builds upon the introductory explanation of philosophy as it explores what truth is and provides a framework for seeking it. Although this sounds like extensive preparation before getting to the next five questions, his clear writing style, along with a touch of humour, makes it a quick and easy read.

The next question is "Does God Exist?" Although West writes from a Christian perspective, he starts by pointing out the logical flaw in a frequently given argument for God's existence. He then provides two arguments that do withstand his logical rigour. The first is that if God did not exist to create the world, nothing would exist. The second is that the complex order we see in the world could not reasonably have developed by chance. 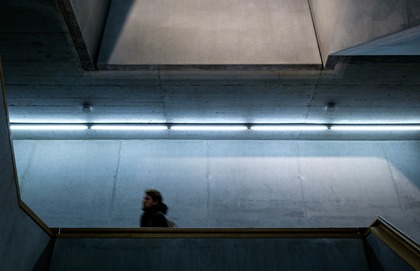 What's a Soul Worth?
Hurry: The Enemy of Spiritual Life
The Argument for Argument

The third question, "If God exists, why is there evil?" is, in West's opinion, the only argument where atheists have any traction. We can clearly see evil in the world, and unless we take a deeper look, we may be tempted to accept the atheistic argument that an all-powerful, benevolent God cannot exist. West thinks "it is impossible to deny that this argument is compelling."

In response to the argument, West discusses five possible explanations: that we have a flawed understanding of God; that evil is a necessary consequence of our free will; that evil is necessary for our personal growth; that we have the best of all possible worlds; and that God has provided a remedy for evil. Overall, the answer he provides to this very difficult question is eminently plausible.

In response to the fourth question — "What is the meaning of life?" — West wonders if "our reticence to speak about the meaning of life might be rooted in a suspicion that life has no meaning." After having gone through the typical goals pursued by people (e.g., money, fame, power or pleasure), he concludes that all are found wanting and that true fulfillment lies only in union with God.

The next logical question is "How should I live?" After the heavy theological components in the previous three chapters, I was expecting more theology, perhaps using the teachings of Jesus. While West's conclusions on various topics are certainly in line with Christian thought, I was surprised to see a shift away from bringing God into the discussion. He looks in depth at the four traditional virtues of prudence, moderation, self-discipline and justice, which were first described by Plato and later expanded upon by Aristotle, Cicero, Saint Ambrose, Saint Augustine and Saint Thomas Aquinas.

In addressing the final question — "What kind of society should we build?" — West points out how the secular humanists have got it wrong, using homosexual marriage to illustrate his argument. He concludes that neutrality does not advance the cause of justice. He calls on readers to express their views on marriage and family because "it is entirely legitimate to bring our moral and religious beliefs into public and even political debate."

At first, this book does not appear to be a scholarly work, partly because it has a cute cat on the cover. Yet the cover is a reflection of a witty style that effectively accomplishes two objectives: it teaches the reader how to think from a philosophical perspective and it answers key questions about our existence. It is a short book that contains a lot of meat and should appeal to both those who have spent their life studying philosophy and those who would simply like to do better in life. My only criticism is that the section dealing with the question of the existence of God provides two arguments, then notes that there are several others but leaves us hanging instead of cluing us in to what these might be. A few additional sentences about those other arguments would have made the book stronger.

Hurry: The Enemy of Spiritual Life

Alida Thomas looks at how John Mark Comer’s The Ruthless Elimination of Hurry can help our hurried, frenzied, burnt out culture, one that greatly affected her own life.