In brief remarks at an evening honouring him last September, Link Byfield acknowledged he and most present has lost crucial political battles over the years.

He insisted the mere fact of losing a battle does not mean the battle was futile. 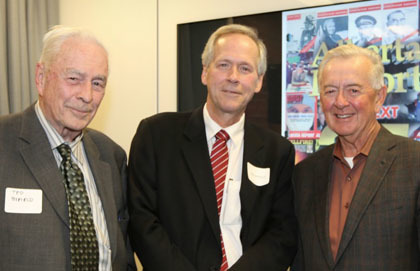 A Publisher Who Took a Stand
Elections are About the Electorate
Welcome home, Quebec

“Think,” he said, “how much worse things would be if we hadn’t fought the fights we fought.”

Link lost his life to cancer this week. The longtime publisher of Alberta Report, co-founder of the Wildrose Party, Alberta senator-in-waiting and policy advocate, will fight no more — not on earth, anyway. Given the Byfield clan’s passion for intellectually engaged debate, Heaven remains a realistic ground for an eternity of vigorous argument.

Elections are About the Electorate

The fruits of his approach, Seymour says, were born out two decades after Jackson’s last unsuccessful run for president, when voters in “both the rural south and the urban North help(ed) create the consensus that would…twice elect the country’s first African American president They give us only Dona...

Implicit, except for the moment when he wandered off script and suggested even factory workers would benefit from learning English, is the reality that Quebecers are comfortable in Canada precisely because they have the security in Quebec and Canada that sovereigntists promised them for decades coul...