An Ontario legislature committee studying so-called “pay day loans” heard this week that reforming the rules is necessary, but not enough to help those who need the quick cash most.

But Dijkema, drawing on the Banking on the Margins research paper he co-authored with Rhys McKendry in 2016, said the Liberal government’s proposed Bill 59 must reflect the reality that some citizens simply must turn to such sources of cash to help with immediate needs and emergencies. 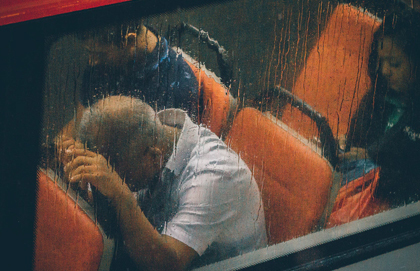 “There are people who are always going to need to small dollar, short-term loans whether to get the brakes on the car fixed or to pay the babysitter,” Dijkema told Convivium before his testimony to the Committee. “These are real needs, and it’s a real demand.”

He added instead of relying on regulatory control, it’s essential to think in terms of a partnership between legislators, financial institutions and civil society.

“The problem of pay day loans is not a new problem, it’s an old problem. It’s been talked about since the days of Ezekiel in 500 BC,” Dijkema said. “We would like to see more support for those institutions and those communities that are trying to positively build a better and enabling credit market in Ontario.”

These are real needs, and it’s a real demand.

The Language of Faith

For the past year, Peter Stockland has had the dream-work opportunity of gathering stories like that of Sikh artist Juss Rani Kaur, from Canadians across the country as part of the Thread of 1000 Stories project.