Challenging Mothers Against Drunk Driving would normally be like dissing Mothers In Favour of Wearing Warmer Sweaters. It’s no-win from its first word. Would a mother steer you wrong?

Yet MADD’s reported dismissal of concerns raised by criminal lawyers about recent draconian-seeming changes to federal drunk driving laws does raise questions about whether the lobby group has, however temporarily, overlooked the need to balance public protection and civil liberty.

According to a weekend report by CBC News senior reporter John Lancaster, a MADD spokesperson said defence lawyers are both “fear-mongering” and simply wrong to contend that the legal changes passed in late 2018 violate requirements of probable cause, and the Charter.

But the CBC report quotes Toronto criminal lawyer Calvin Barry as saying MADD appears to misunderstand what the Criminal Code amendments mean for Canadian drivers. Barry calls them a “flagrant contravention of…civil liberties and a breach of the Charter” as does defence lawyer Daniel Brown, who warns it will criminalize Canadians who’ve done nothing wrong.

The new law, pushed through Parliament by former Justice Minister Jody Wilson-Raybould, allows police to charge someone with impaired driving up to two hours after they’ve stopped driving a vehicle or piloting a boat. Wilson-Raybould was dropped as justice minister in today’s cabinet shuffle, but the Ontario Criminal Lawyers Association warns her legislation could drop Canadians into serious legal trouble even though they’ve committed no crime.

The then-justice minister defended the bill when it was introduced on the grounds that it’s meant to stop people from so-called “bolus” drinking and driving, i.e., consuming enough booze to exceed the legal limit of .08 but being away from the vehicle before sufficient alcohol is absorbed by the body for it to register on a breathalyzer. A possible scenario the criminal lawyers depict is Constable Flatfoot following someone home from a bar or restaurant, waiting outside the person’s house until the right amount of time has elapsed, and then forcing the suspect to take a breath test without any reasonable grounds to indicate they were either impaired or over the .08 limit before they got out of their vehicle.

Worse, the new law apparently creates a reverse onus so that if accused, the driver must prove that he or she was not impaired or over the legal limit while behind the wheel. The inevitable result, the lawyers in John Lancaster’s report warn, could be thousands of wrongful convictions and the 100 per cent certainty of a Supreme Court challenge to the law.

Whether or not those predictions prove true, the situation seems to typify the current movement to, everywhere and always, take even the most noble causes one next step further until they are unrecognizably distant from their original intentions. Mothers Against Drunk Driving began because, as the very name suggests, mothers of children killed by drunks behind the wheel got MADD enough to say enough was enough. That was a powerful thing and led to genuine, positive changes in both the law and, perhaps most importantly, public perceptions of those who are caught drinking driving.

Whether or not those predictions prove true, the situation seems to typify the current movement to, everywhere and always, take even the most noble causes one next step further until they are unrecognizably distant from their original intentions. 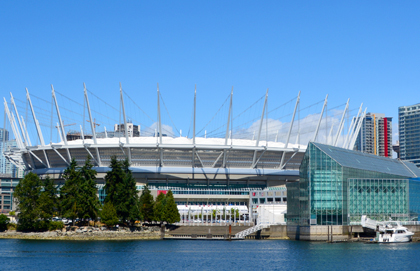 Now, however, we face a situation where those not caught drinking and driving are to be effectively taken back in time and charged as if they were caught drinking and driving. If the original intention was to get drunks off the road, it’s now to get non-drunks off the road because they could turn out to be potential drunks. All of who drive in Canadian cities know there are thousands of non-drunks who should be off the roads for reasons that have nothing to do with whether or not they plan to drink alcohol in the future. There are laws to deal with them, but strangely none seem to get nearly the attention impaired driving laws do. Why? At least in part because there is no lobby group called Uncles Against Idiots Who Drive Way Too Fast On Icy Freeways. Or Aunties Who Are Anti Moronic Tailgating During Rush Hour. Squeaky wheels and all that.

The persistent cranking of those wheels into increasingly wider arcs of prohibition is in no way limited to impaired driving.

We saw it occur with frightening rapidity in the #MeToo movement, which started as truly laudable fighting back against horrific sexual exploitation and in the blink of an eye seemed to become about all manner of ill-mannered dufuses who simply didn’t know how to behave on a date.

We saw it this past weekend when the historic, justifiable battle of sexual minorities for civil fairness was reduced to transgender activists shouting down a feminist in a Vancouver library because she gave a speech saying men are not women.

We are seeing it perhaps most horribly in the medicalized death movement wherein the at least conscionable objective of ending irremediable suffering has now extended to arguing over whether people with pelvic inflammations should be considered for doctor-delivered death.

The linkage of all, and many more, is the continually pushing further into what was never originally on, or even under, the table. Much of the fault lies with the way organizations functions. Groups that initially come into existence to gain a given end soon end up making their continued existence the reason they continue to exist. I once met the executive director of just such a group and when I asked him to describe his job, he said: “My job is about making progress. As long as I can show I’ve made progress, the board of directors is happy.”

There is something more profound at work. It is the weakening to the point of failure of our mediating institutions – churches, schools, businesses, families, legislatures and Parliament itself – to exercise their roles in discerning, teaching, and insisting upon, what is reasonably right. I come back, as so often, to the great English journalist G.K. Chesterton, a famous lover of beer, who was once challenged about whether he loved his country right or wrong.

“It is like asking,” Chesterton said, “whether I love my mother drunk or sober.”

Wally Buono defines success in the Canadian Football League. He is the winningest head coach in league history. He has won five Grey Cups as a coach, two more as a player. But the current head coach, general manager and vice-president of football operations for the B.C. Lions is also a devout Christian who says true success is God changing your heart.

Speaking Out Makes Us Citizens

There’s much more at stake in the Canada Summer Jobs fiasco than student employment. There’s nothing less than the freedom of citizens to speak and oppose, writes Convivium Publisher Peter Stockland.