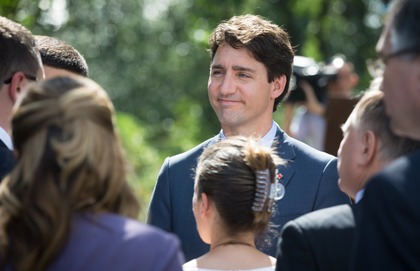 Federal Liberals spent the past weekend at their biennial convention in Montreal. Cardus's Peter Stockland sat down with Scarborough-Guildwood Liberal MP John McKay to get his assessment of the last big party gathering before the 2015 federal election.

Cardus: My impression from watching the convention is that the federal Liberals are a lot like the Latvians—not quite ready for the gold medal hockey game but surprisingly feisty and with a lot more game than most people thought. How does that analogy strike you?

John McKay: I'm not sure we need to be ready for the gold medal game in February, 2014. Maybe by next November we should be ready. But what matters is 2015. And in that sense, we do have a lot of energy, a lot more dynamism certainly than I have seen at the last few conventions. And I'll tell you, that is Justin Trudeau's doing. Brian Mulroney said, "Don't count this guy out." And I think Mr. Harper should be watching out for him. Justin is kind of like Wayne Gretzky: you just wonder how he does it.

He has driven the debate this year.

By one means or another, [NDP leader] Tom Mulcair, who should have been the one to shine this year, and who does very well in the House of Commons, doesn't seem to have benefited at all. What people don't see is actually more important that what they do see. What they don't see is a very disciplined, clever bunch of people behind Justin, led by Gerry Butts and Cyrus Reporter and Katie Telford. They came to the caucus meeting in PEI to tell us what their plan is, and they reported to us in caucus in Quebec City just this week. It felt like adult supervision. Even Wayne Gretzky had a pretty good team, he had some protection, he had a really good coach and he led a pretty formidable team for three or four years.

Cardus: To exhaust the hockey metaphor, this is the famous ball hockey practice in Calgary last summer before the main event. 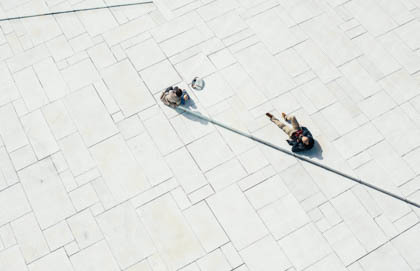 JM: I don't know whether it's quite ball hockey. I think we're on the ice. There's clearly leadership from Justin, he's got the skill and he is building a team. You saw pieces of the team at the convention. There's this business about him not putting meat on the bones of policies. That's media nonsense. Why would you set out something in incredible detail just so it can be eviscerated by the media and by the Conservatives and by the NDP? Why have a good public policy initiative destroyed by releasing it too early? So, sit back and relax, boys and girls. That ain't going to happen until we're right and ready.

Cardus: In terms of the pure politics of the convention, I was struck by [ret'd Lieutenant-General] Andrew Leslie really getting up in the face of the Conservatives in his speech and essentially saying to them publicly, "Hey, you courted me and when I didn't respond the way you wanted, you threw me under a bus." That seems a very different, much more aggressive response to Conservative attacks then we're used to seeing from federal Liberals. Are the Liberals starting to say, "Enough, we're fighting back."

JM: It's already happening in a variety of ways. It's pretty gutsy to be ridiculed every day from A to Z and back again both privately and publicly, and have millions of dollars spent on trashing you personally, and not hit back. That's a far greater discipline than engaging with it. Andy Leslie has the standing and the stature to hit back in a field he knows far better than those that are hitting him. Leslie wrote the [Department of National Defence] Transformation Report and I have reason to believe the prime minister liked the Transformation Report. I have reason to believe he liked it so much, he put out feelers as to whether Leslie would in fact join his team, which is what Leslie confirmed in his speech. It showed a curious impotence and disunity between Prime Minister Harper and his former Defence Minister [Peter] MacKay. I think Harper wanted that, and MacKay and the generals didn't want it and that has led to an authority stripping of MacKay by the prime minister. When procurement was taken away from him, all MacKay was responsible for was fly-pasts and parade grounds. If you're not in charge of procurement in your own department, what are you in charge of? The current minister is a Potemkin minister. All he knows how to do is say everything is the Liberals' fault. If it's raining, it's the Liberals fault. And Andy Leslie called it. He said, "The emperor has no clothes." I think it's a point of extreme frustration for Prime Minister Harper because it destroys his overall narrative that we love the military and we love the veterans.

Cardus: Going back to Justin, when he referred to his dad and his dad's 1968 vision of the Just Society, and even referenced the fact he is named Justin because of his father's belief in a just society, I'm sure that, pick a number, 70 percent of the room thought it was wonderful but people with longer memories such as you and I know that the Just Society was not exactly an untroubled vision for Canadian society. There were problems. So there is a memory ...

JM: Especially in Calgary. I do agree the Trudeau name cuts both ways, and the concept of the Just Society cuts both ways. There are those who argue that maybe there's more harm than good by referencing it. Nevertheless, you can't shed your heritage. It is a heritage and for many Liberals it's a very proud heritage. But I think Justin has made some considerable efforts to distance himself from that heritage. For example, there's his counterintuitive support for [the] Keystone [pipeline]. There was his counterintuitive journey to Washington to go to a progressive think thank and say, "I'm in favour of Keystone." And there was his counterintuitive address to the Calgary Petroleum Club, where he said, "We need a sustainable energy policy that recognizes this stuff is going to come out of the earth; it's just a question of how you're going to do it." That kind of gets a few of the people you're talking about scratching their heads saying, "This guy's last name is Trudeau, isn't it?" He is cutting a different path from his dad.

Cardus: Were there two or three policies adopted at the convention that were emblematic of where the party is headed?

JM: There was a constellation of environment/energy resolutions, led by the Alberta folks by the way, that gave a fairly balanced message between the conflict constraints between energy policy and sustainable environmental policy, particularly around green house gases. It's kind of funny how democracy works. It's a bit messy and you have to look a little harder for the message track than maybe you do with Mr. Harper. You know what his message track is. I thought the message track coming out of the environmental policy was that we're not going to slow down development but we will introduce a regulatory framework that makes demands of the industry and also of the Canadian population. We, the Canadian people are the ones who drive a carbon-based economy and that's not going to change any time soon. But we can't carry on doing what we're doing. So there was a demand for recognition through a series of policies that just because you have legislative permission to do what you do, you also need to maintain the social license to do what you need to do. And on greenhouse gas regulations and things like fracking, that concept of social license is breaking down. That's what some of the resolutions reflect, and there's a message there that Liberals want a regulator, they don't want cheerleaders. That's the message track that is different from the Harper Conservatives.

Cardus: You were teasing me yesterday about being at the wrong convention and suggesting I must have missed the door for the Conservative convention down the block. But as you know, because you are a good friend of Cardus, we are about renewing social architecture, about fostering mediating institutions between all-government on the left and all-market on the right. Were there any policy resolutions, was there any conversation here, that you see as helpful to that mission?

JM: Cardus is a Christian-based think tank, and I don't know that we've been very good at exploring the covenant relationships in Canadian society, for example the covenant relationship with aboriginals people and non-aboriginal peoples. You know that covenant is different from contract. God has a covenant with the people of Israel, and in some way it's kind of a weird covenant, but it's lasted for four or five thousand years ...

Cardus: Kind of what you'd expect from God ...

JM: (laughs) But the whole idea of covenant is contrary to our contractual ethos in society. We have moved marriage from covenant to contract. We're moving right-to-life issues, and that whole spectrum of issues, from covenant to cost-benefit analysis. And it's happening in the way that moving away from biblically-based thinking always gets you. I'm not sure there's anything you can do at this point other than what Pope Francis has done, which is to say our mission is mercy so let's live that mission.

Cardus: Coming out of the convention, do you think formation of government in 2015 is really possible?

JM: It's pretty hard to imagine going from third to first. Yet after a convention like this, after consistency in the polls, after slicing things the best way we can, it becomes less beyond the realm of possibility. Like Brian Mulroney said, "Don't count us out." And as Justin has said, he's not in competition to make Canadians more angry. Maybe hope and hard work does run up the centre between angry Tom and angry Stephen.